Jarrod Bowen is enjoying one of his best seasons so far in his career. He is a part of a West Ham United side that is going to finish in the top half of the English Premier League table and also reach the UEFA Europa semi-finals this season. His performances on the pitch have been noticed by many clubs, one of which is Serie A leaders, AC Milan. The Italian club is looking to add names for next season and has right-wing issues in their team. The club has identified the Englishman as one of the players who can lead the attack from that side. Jarrod Bowen has been good on the counterattacks this season and promises to contribute a lot going forward. Here are some of the stats that show why he is one of the top talents in England. 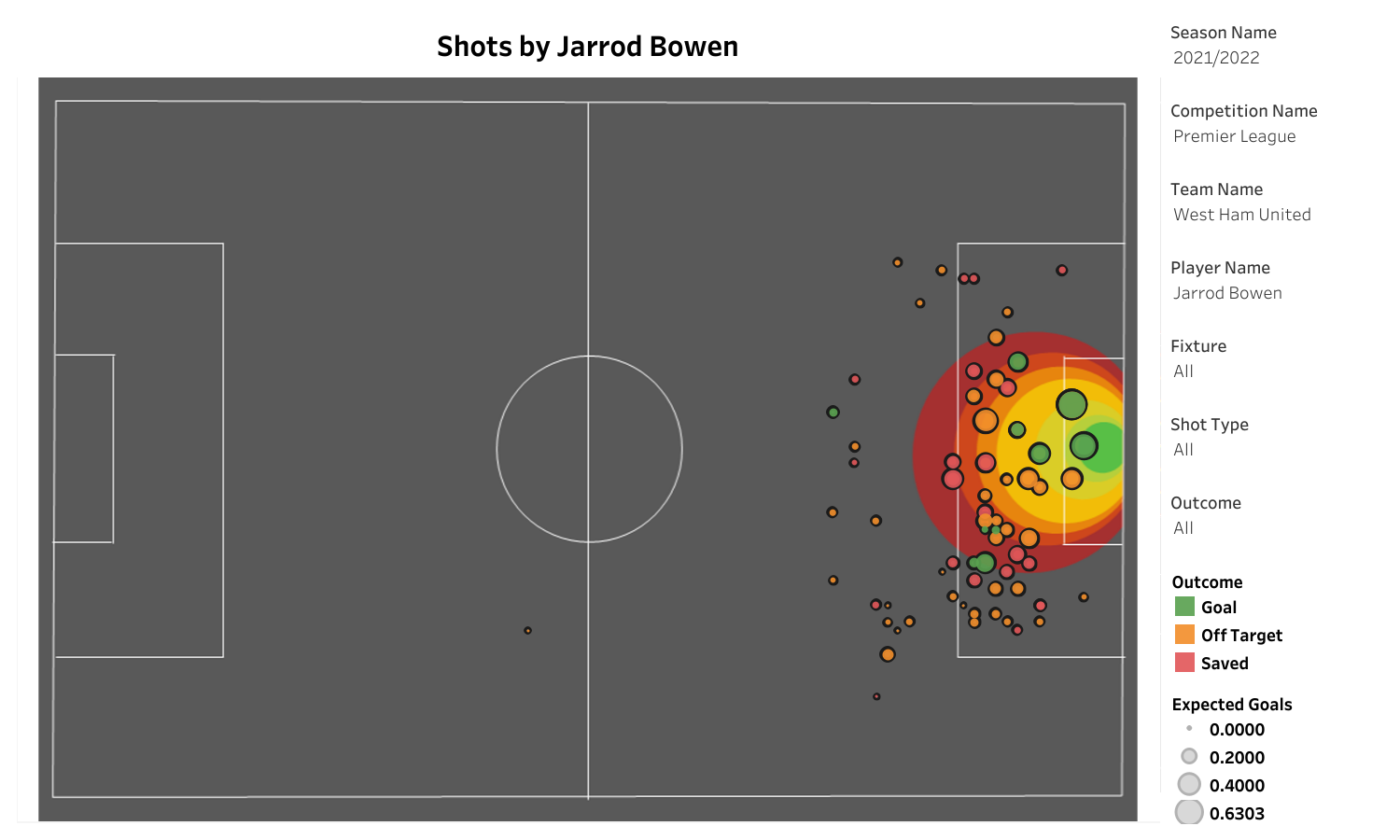 The above shot map shows all the shots attempted by him through this year’s league season. He has attempted 73 shots and has managed to hit the target 32 times. The player has a high xG rate of 7.95 this season. From the above map, we can observe that nine goals have been scored from inside the opposition’s penalty box. Bowen likes to cut in and attempt shots with his dangerous left foot. 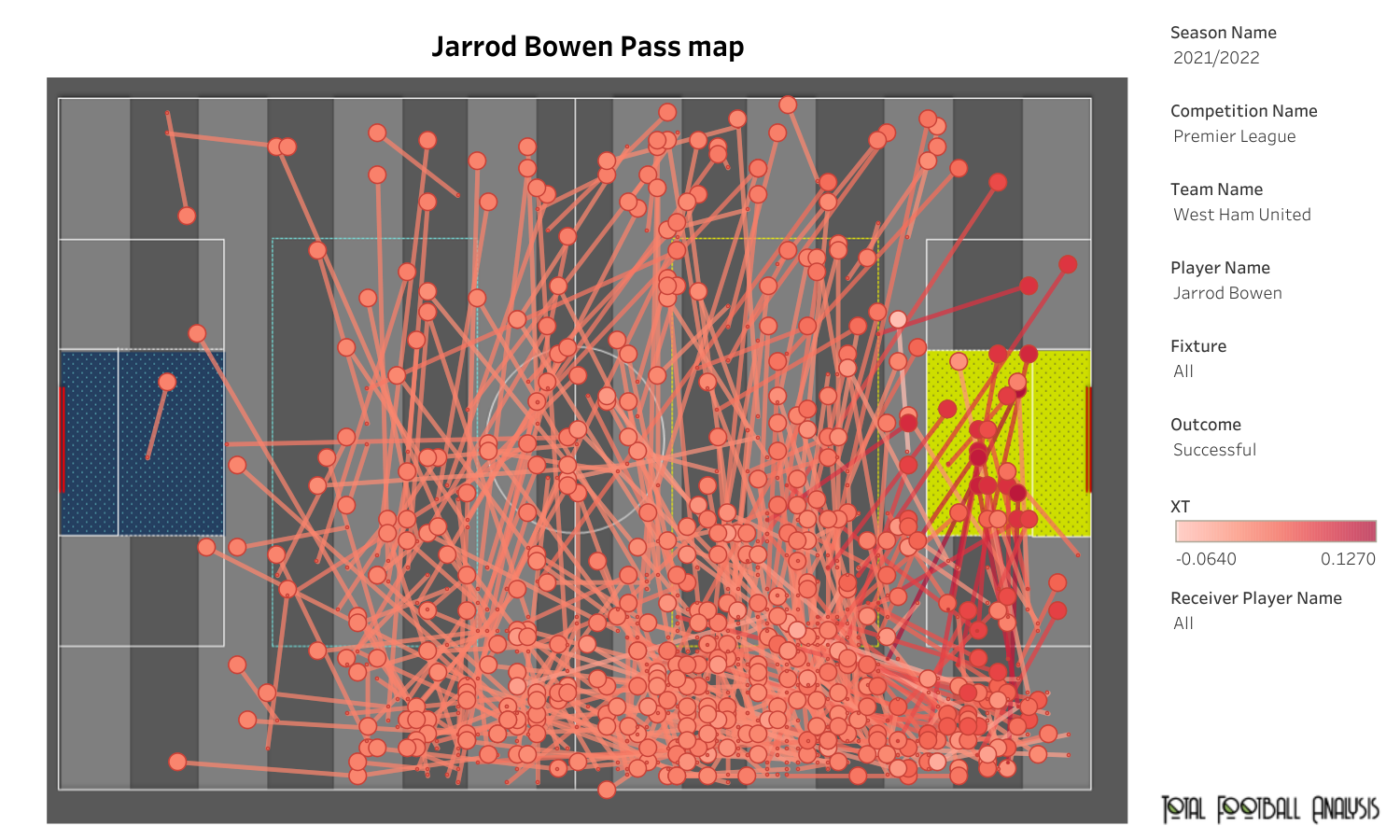 Jarrod Bowen’s passing has also been effective. The above map shows all the successful passes attempted by him this season. He has successfully delivered 31 passes into the opposition’s penalty area. The highest number of passes have been towards right-back Vladimir Coufal, and the highest threat from passes is generated from passes towards Thomas Soucek. His passing range included 57 crosses, 13 smart passes, and 11 through passes.

The 25-year-old was signed from Hull City in January 2020, and since then, he has made 85 league appearances for the Hammers. He has scored and assisted 19 times each in these 85 appearances. He is one of the main players behind West Ham United’s success. AC Milan will look to buy the player as he could save some money for the Italian club.