AC Milan signed Sandro Tonali from Brescia on a five-year contract this summer. The 21-year-old midfielder impressed everyone earlier in his loan spell at the club, and this season he has been a regular starter for his side. Roberto Mancini has also picked up the youngster for the national side, and Tonali has made six appearances. His recent appearances impressed a lot of people, and he is being regarded as a fighter and a born leader.

Sandro Tonali made six appearances for his side in the UEFA Champions League. The midfielder started in four games and came on as a sub in the other two matches. AC Milan were drawn in a tough group with Atletico Madrid, Liverpool, and FC Porto. He was ever-present in Milan’s midfield and spent 359 minutes on the pitch. 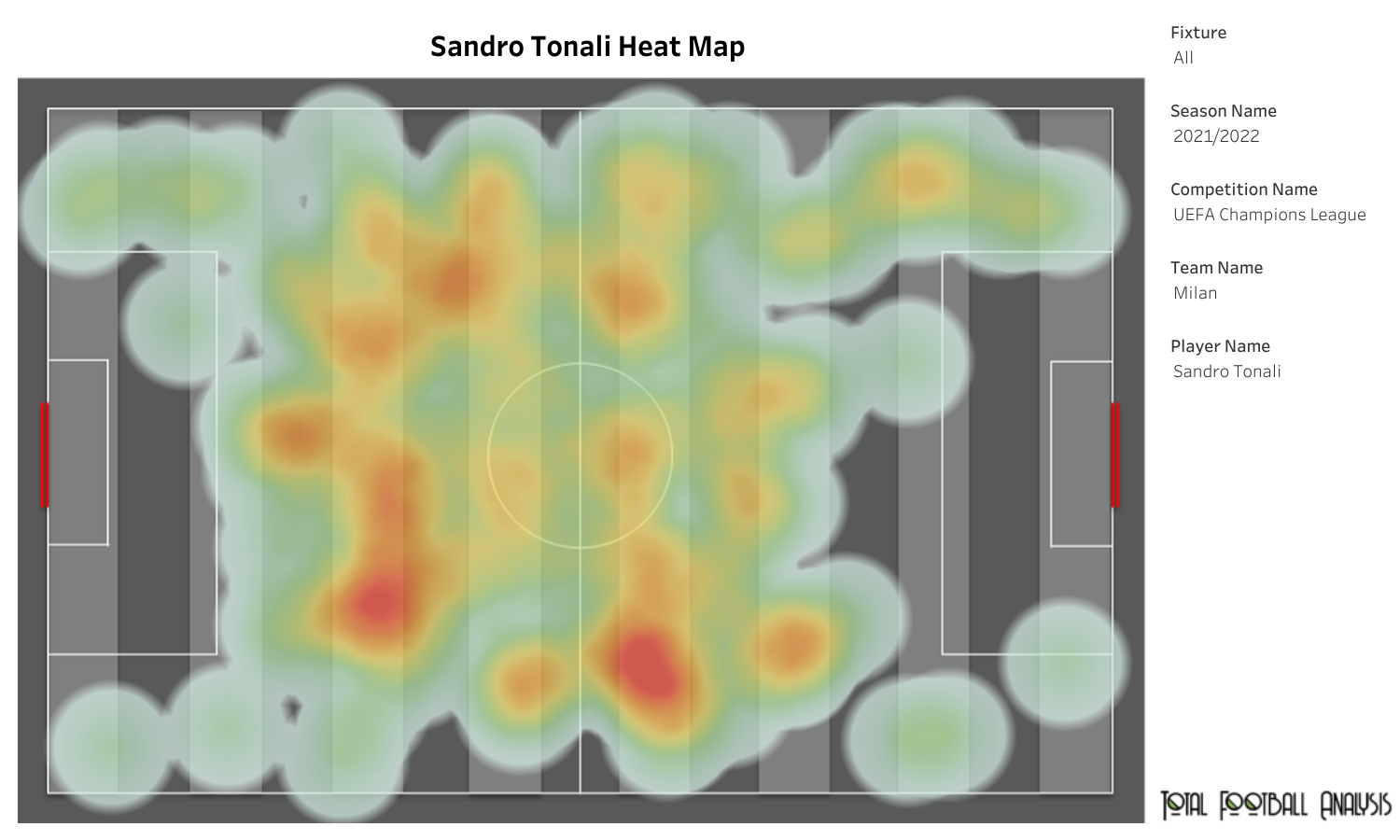 AC Milan played in a 4-2-3-1 formation, and Sandro Tonali played in the midfield. He plays at the heart of the midfield, and his heatmap shows that he covers every area of the pitch. The midfielder has mostly played on the right side and is also involved in corner duties. He has also gone wide, especially towards the left side. 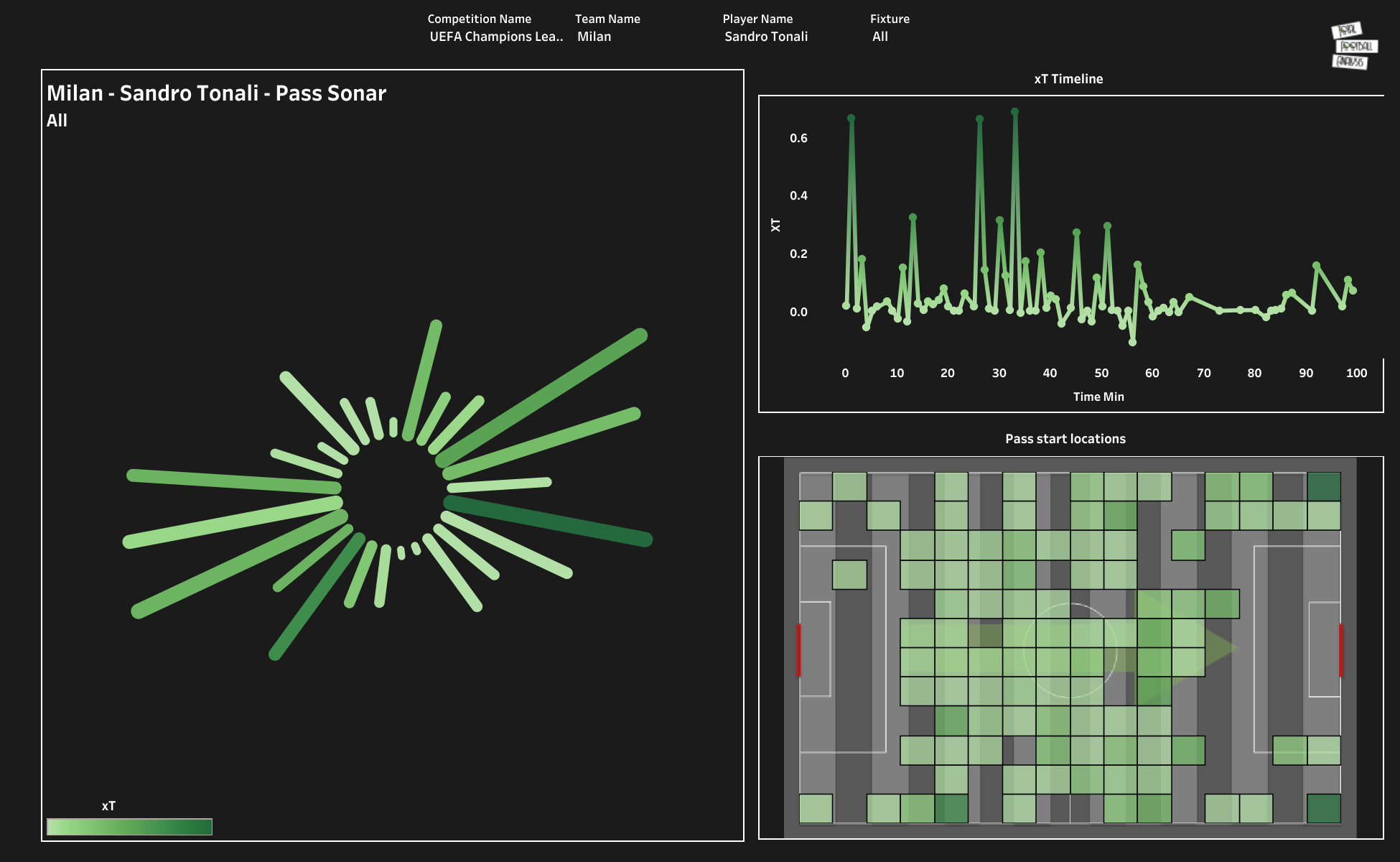 Tonali attempted 166 passes with an 80.72% pass accuracy rate. Most of his passes have been simple passes, and the player is active in the corner as well as free-kick duties. His passes include 18 long passes, two smart passes, one cross, and a through pass. The ‘pass start’ location shows that the player has attempted most of his passes from the middle or the defensive third. The midfielder has attempted a few passes from the final third, and they have mostly been from the wider sides. He has created the highest threats with passes within the first half. 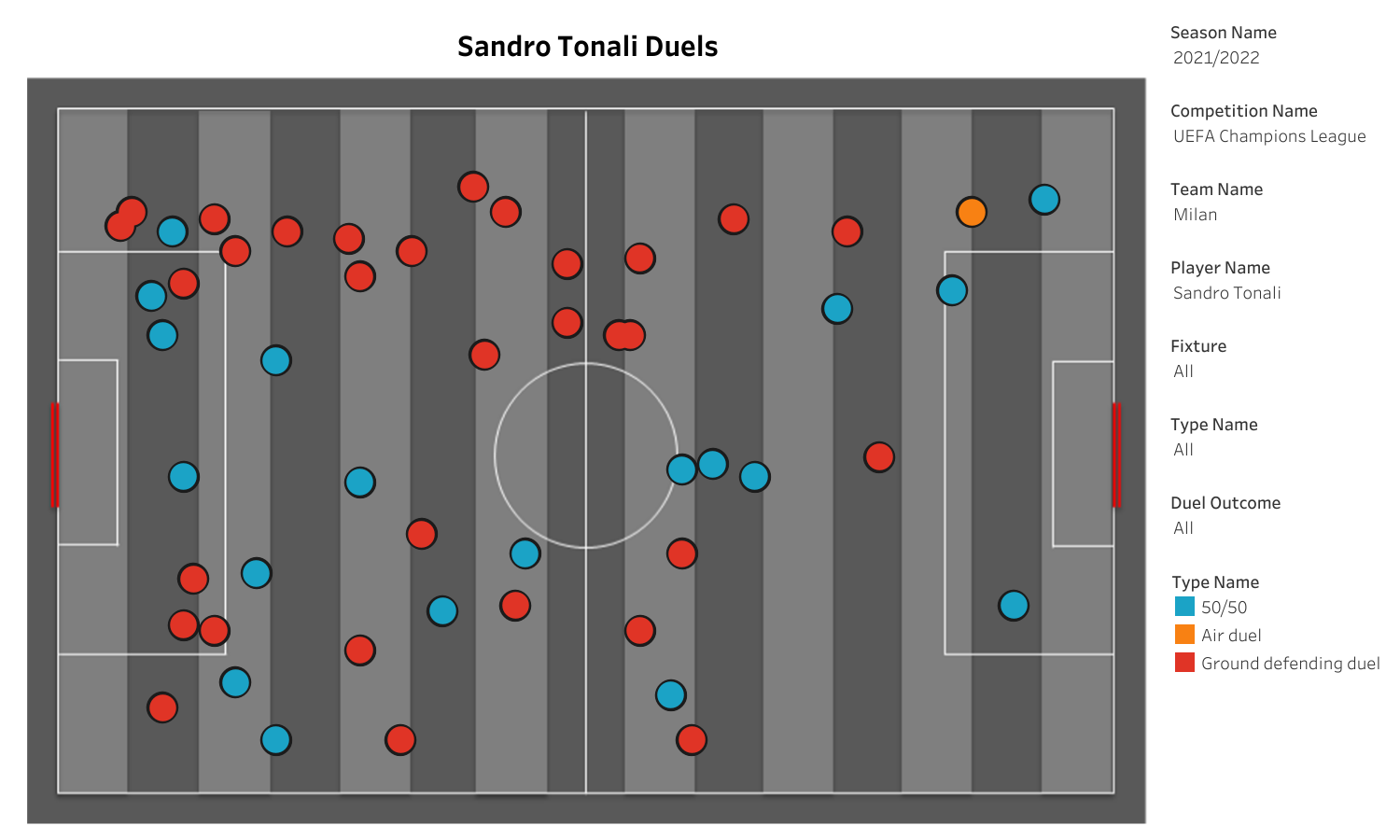 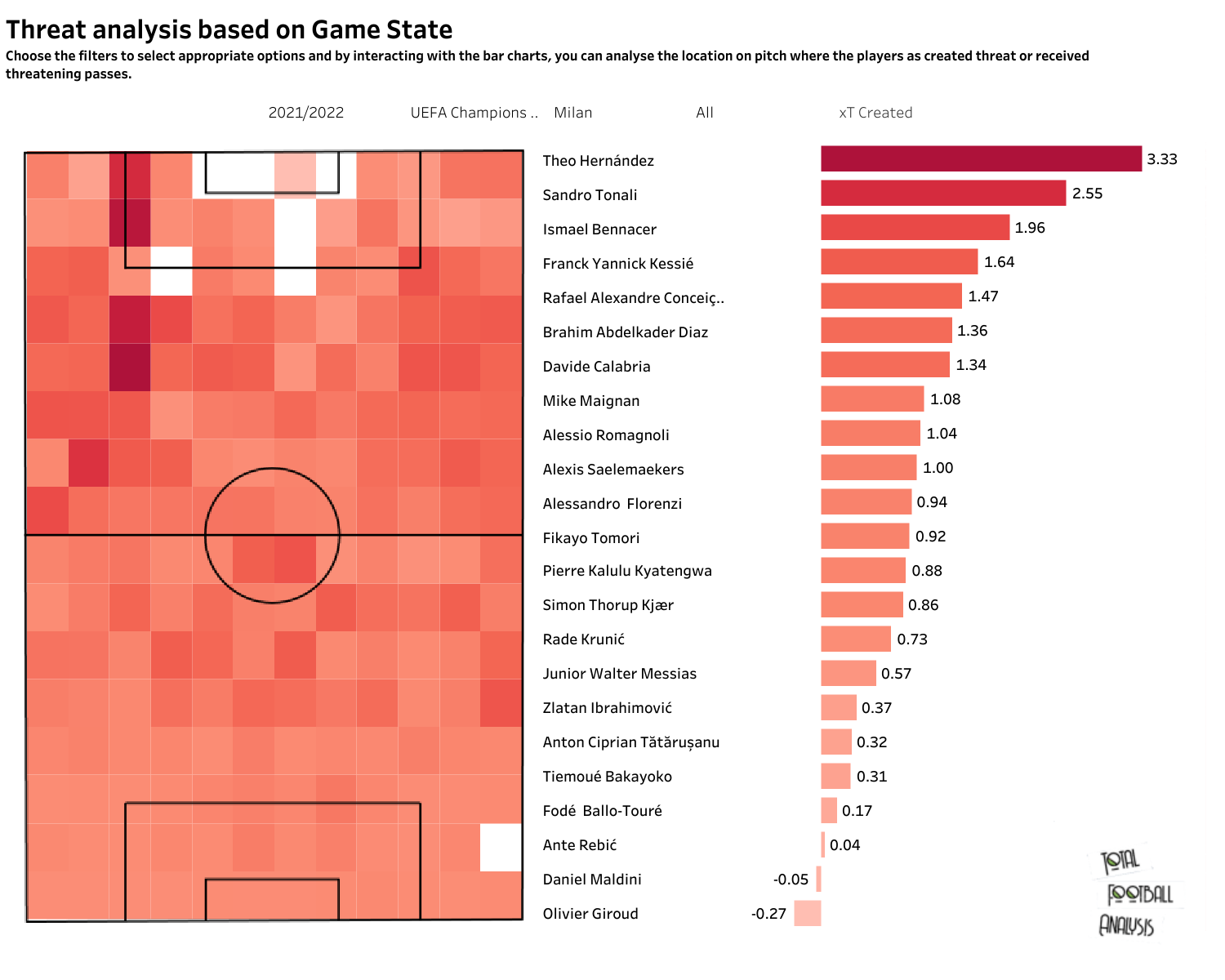 Sandro Tonali contributes a lot to Milan’s midfield, and the player is ever-present for the Italian club. He has scored two goals in Serie A along with an assist. His passing has been effective and has created some threats. The midfielder has received some praise after his recent performances in the league and is regarded as a future leader.