AC Milan sealed the Serie A title on the final day of the season after a gap of 11 years. They will now set their sights on performing well in the UEFA Champions League after an exit in the group stage of the 2021/22 edition of the competition. The Rossoneri are looking to strengthen their squad by bringing in some experienced players. One of the players that have emerged as the latest target is Manchester City’s Algerian winger, Riyad Mahrez. The 31-year-old has spent four years at Manchester City and has already won three league titles. He is on the radar of a few other European powerhouses and could leave the Etihad in the summer. Mahrez is very skilful and always carries a threat with the ball at his feet.

Riyad Mahrez made 28 league appearances for Manchester City this season. The winger scored 11 goals and provided five assists. He had a better goal-scoring ratio in the UEFA Champions League as he scored seven goals in 12 appearances in the elite competition. He plays on the right side, and AC Milan are also looking to strengthen that particular side.

When looking at the above chart, the general rule is that the longer the bar, the better the performance – you can see the league average in the middle, and the % is the percentile rank the player is in. The above viz shows Mahrez’s stats in comparison with other forward players in the league. Except for passes attempted into the attacking third per 90, the winger had a high percentile rank in every other mentioned stats. Mahrez averages 45 passes per 90 minutes with an 87.5% pass accuracy rate. He likes to cross in the ball and averages more than three crosses per 90 minutes. 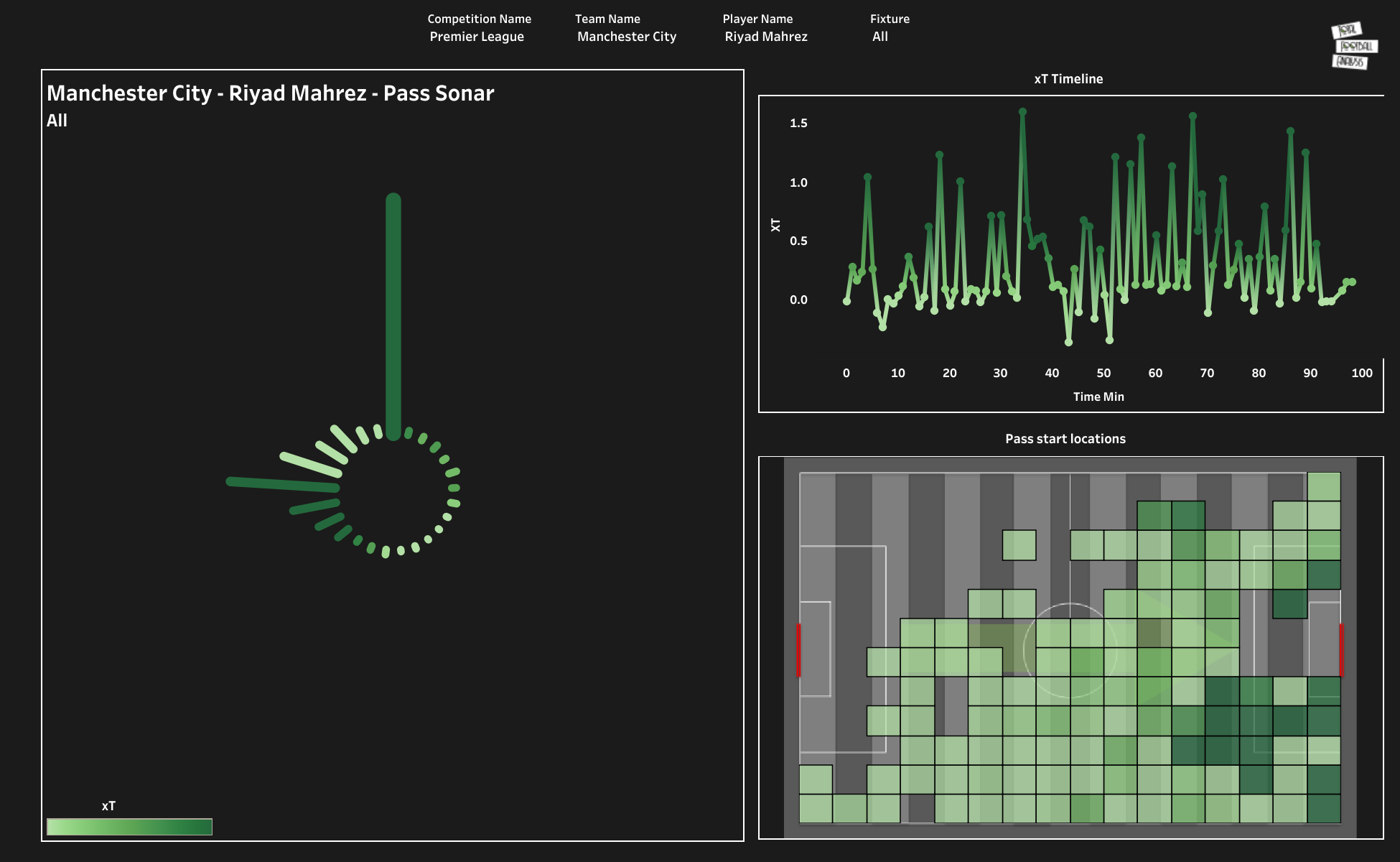 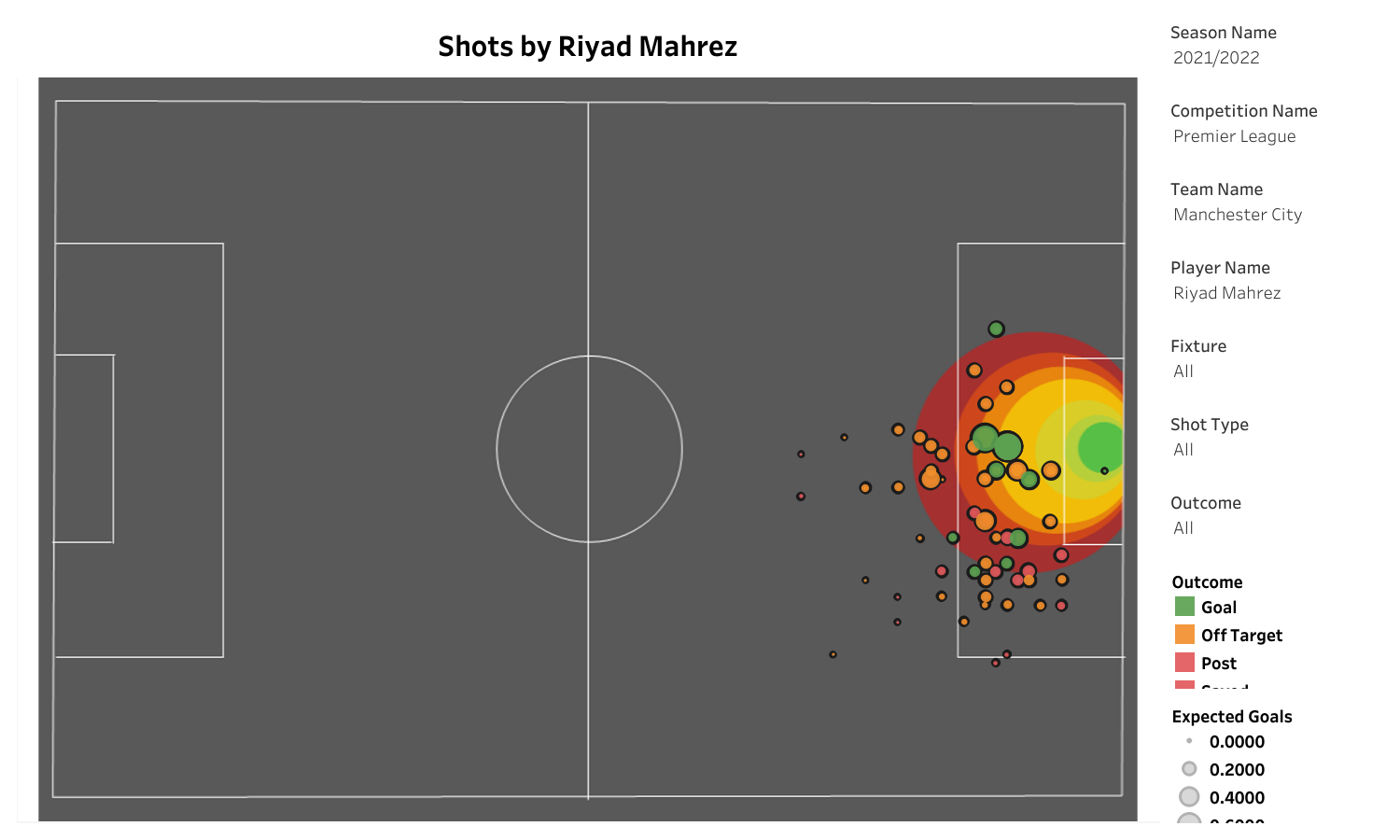 Riyad Mahrez scored 11 league goals, and four were from the penalty spot. He attempted 60 shots but only managed to hit the target 19 times. The winger’s shot accuracy is low for the winger, but he is always a threat with his favoured left foot. He has scored every goal from inside the opposition’s penalty box, but also has the ability to curl one or two goals past the opposition goalkeeper from outside the penalty box. Mahrez averaged 12.77 attacking actions per 90 minutes, with a 47% success rate.