After five years, Franck Kessié is set to leave AC Milan, the newly crowned Serie A champions. He has been their midfield marshall and played a crucial role in their title-winning campaign. The Rossoneri are looking for players who could play a similar role and help them defend the title. One of the targets that have emerged and have been on their wishlist for the past few months is the Portugal and Lille midfielder, Renato Sanches. The 24-year-old has spent three seasons at the French club and helped his side win the Ligue 1 title in the 2020/21 season. He is regarded as one of the best midfielders of his era, but he is yet to show his full potential at the club level. The player can create and score goals for his team, and here are some of the stats from the UEFA Champions League 2021/22 campaign that shows why AC Milan are keen on signing the midfielder. 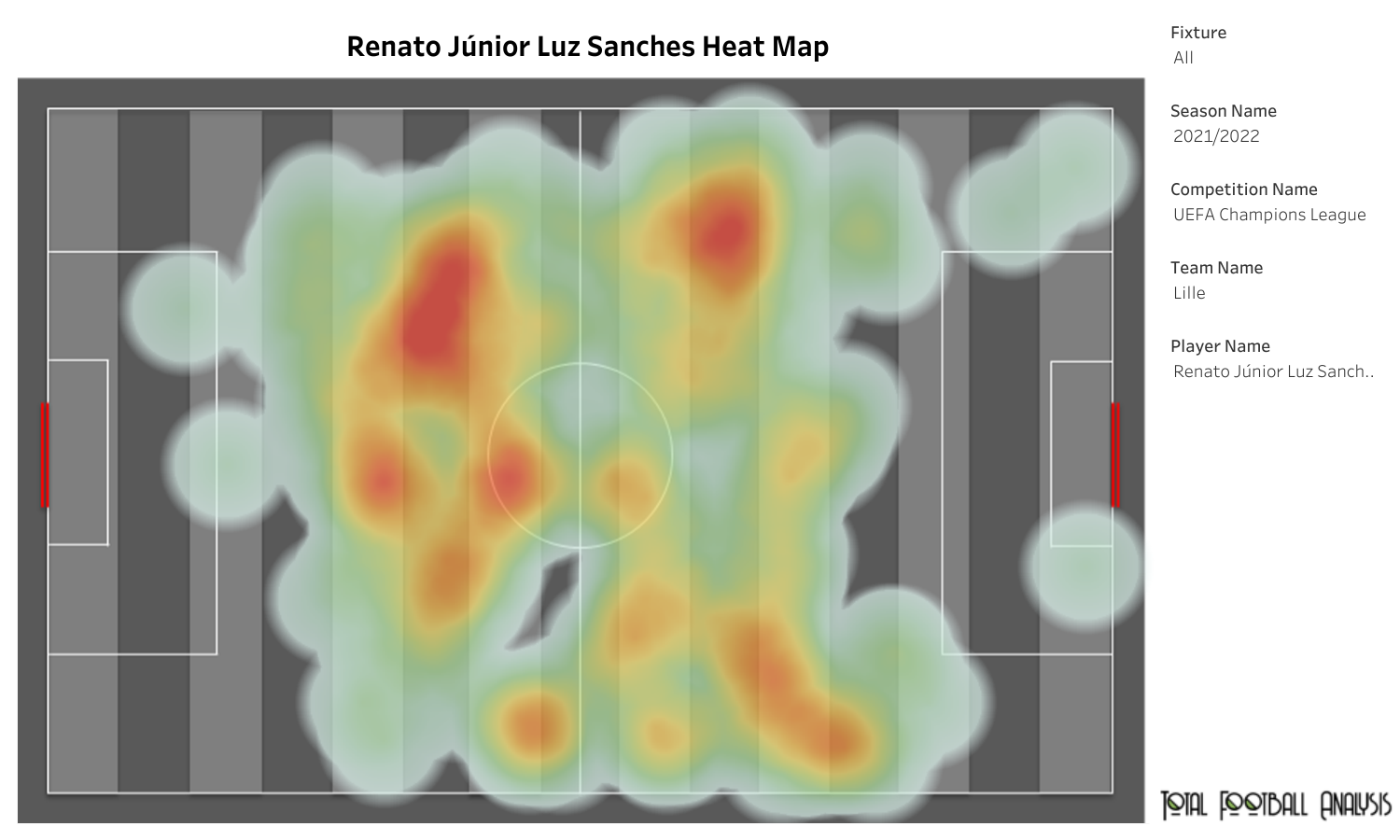 Sanches made five appearances in the UEFA Champions League and helped his side to reach the last-16 stage of the competition, where they lost to defending champions, Chelsea. The 24-year-old featured at the heart of the midfield, and his average position was in the middle third. Sanches covered every area in the midfield and was ever-present to receive passes and create plays. The midfielder has impressive dribbling skills, and he attempted more than eight dribbles per 90 minutes with a 57.89% success rate. Sanches is strong on the ball, just like Kessie, and doesn’t get dispossessed so easily. 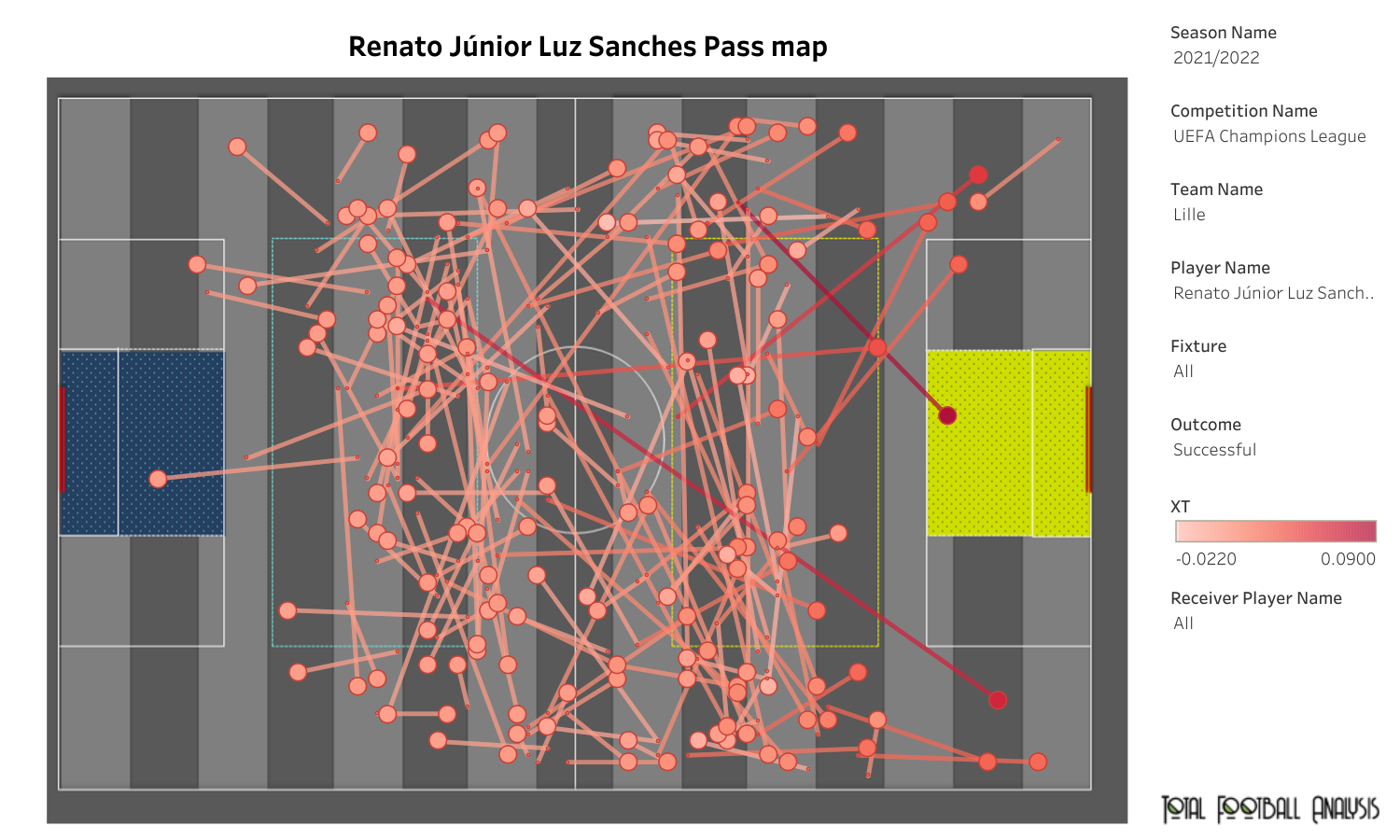 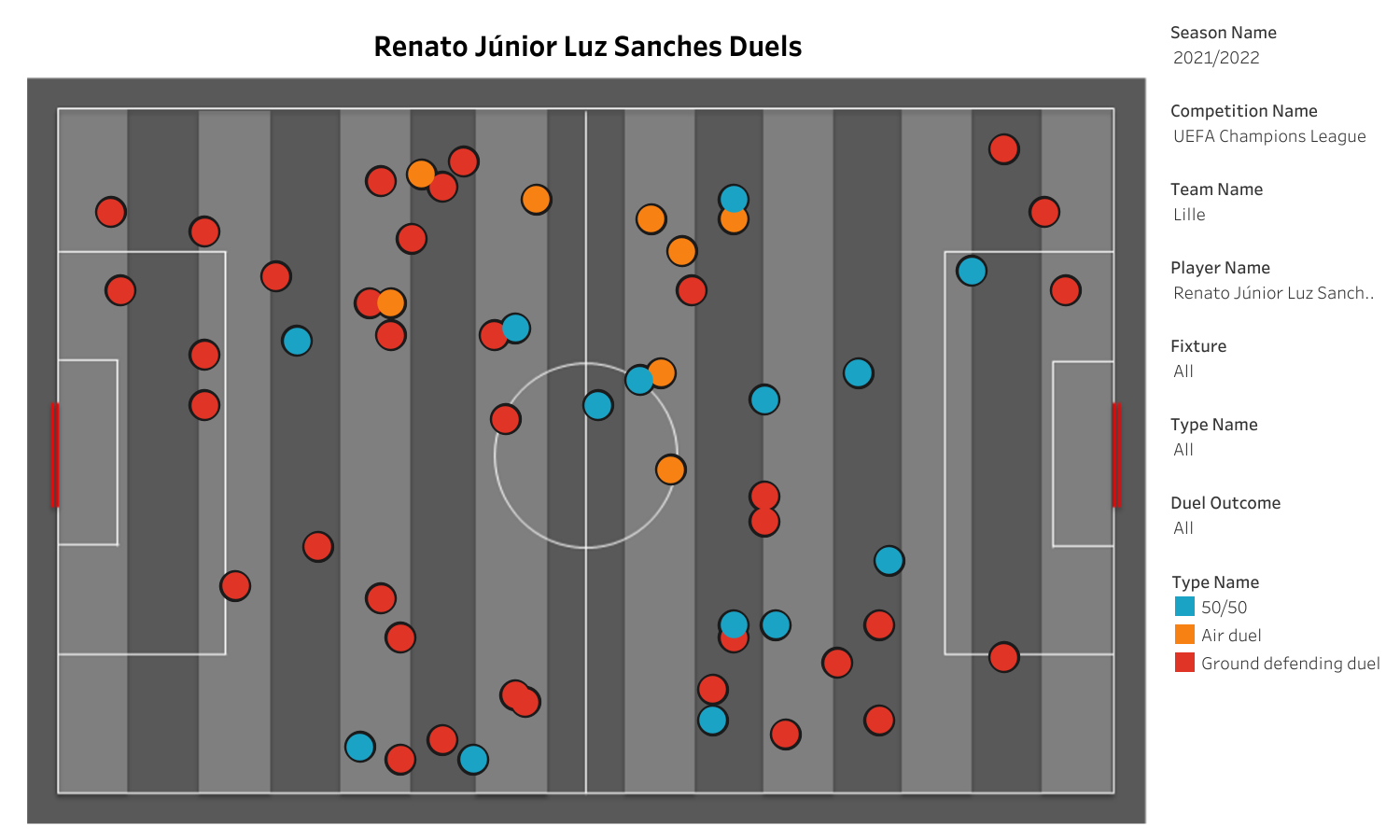 Sanches contested some crucial duels on the pitch. The above viz shows that most of the duels contested by him were defensive duels, followed by loose ball duels and aerial duels. He also made 14 interceptions, 11 of them inside his team’s half. Sanchez made 23 recoveries, and 13 of them were made inside the opposition’s half.

The Portuguese midfielder made few attacking contributions in the elite competition. However, he played a crucial role by stabilising the midfield and contesting a few duels to win the ball for his side. AC Milan have set their sights on the youngster, and Renato Sanches could be on the move in the upcoming days.