Manchester United’s outcast, Jesse Lingard, could be on the move away from Old Trafford after several Italian clubs, including AC Milan, showed interest in buying the attacking midfielder. The 29-year-old is struggling for first-team football, and this has lowered his chances of making the England squad for the World Cup. Lingard was sent on loan to West Ham United for the second half of the season last year. He impressed a lot during his loan spell and was expecting more game-ime on his return. He wanted a move away from Old Trafford in the recent transfer window, but the Red Devils were unwilling to sell him. There is a possibility that Lingard might force a move away next season, and his situation would be closely monitored by the Italian club.

Lingard has made 13 appearances in the English Premier League this season and has scored two goals. He has warmed the bench for Manchester United and has only started in one of the matches. Lingard scored both goals in September, and since then, he has been unable to create any difference after coming off the bench. Overall, the midfielder has attempted five shots with an accuracy rate of 80%. 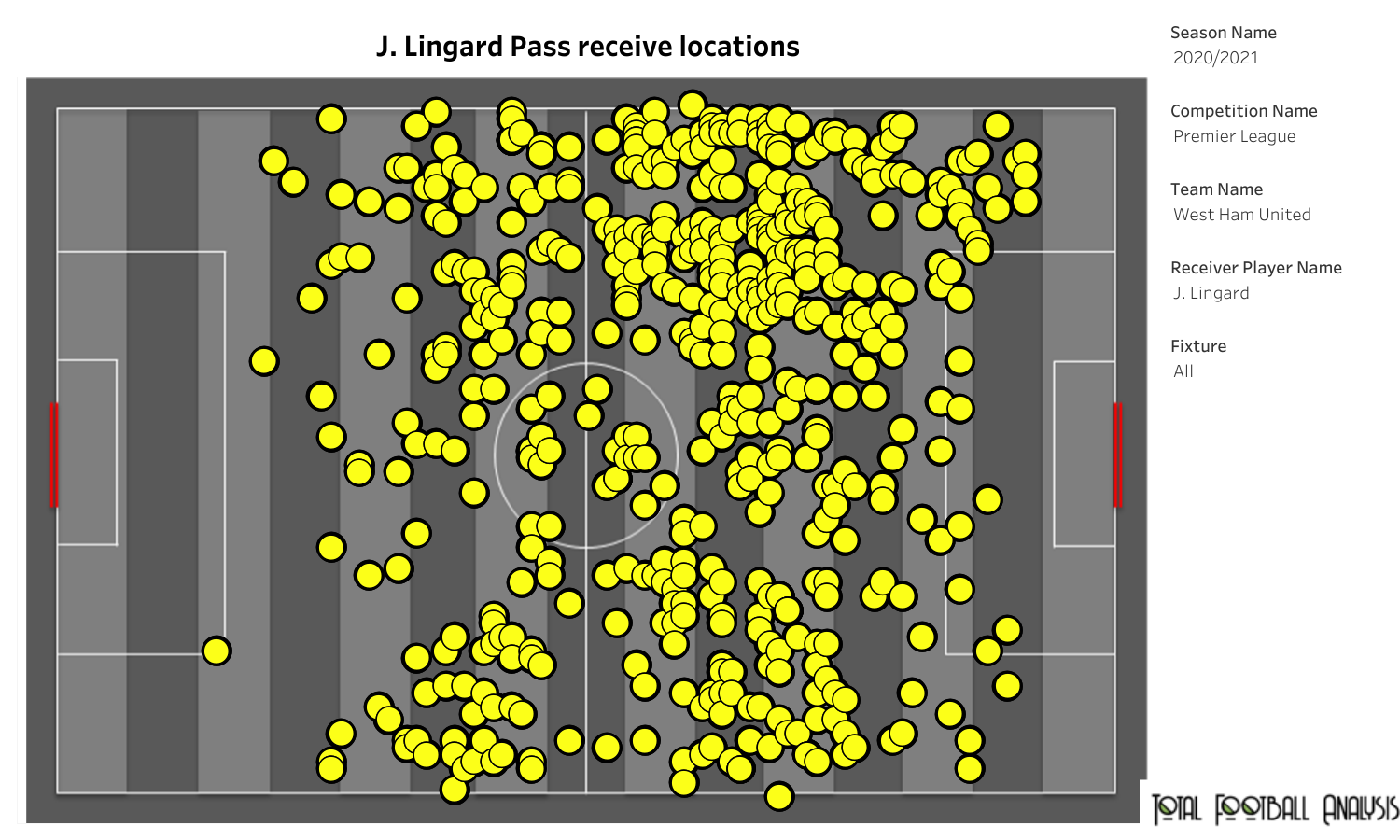 Jesse Lingard was impressive during his loan spell away at West Ham United last season. The 29-year-old managed to score nine goals and provide four assists. He was a regular starter for the Hammers and made 16 appearances. The above map shows the pass-receiving locations of the attacker. Jesse Lingard plays on the right side, and Milan are already lacking an attacking option on that side. He took 35 touches inside the opposition’s penalty box last season for the Hammers and created a lot of threats. 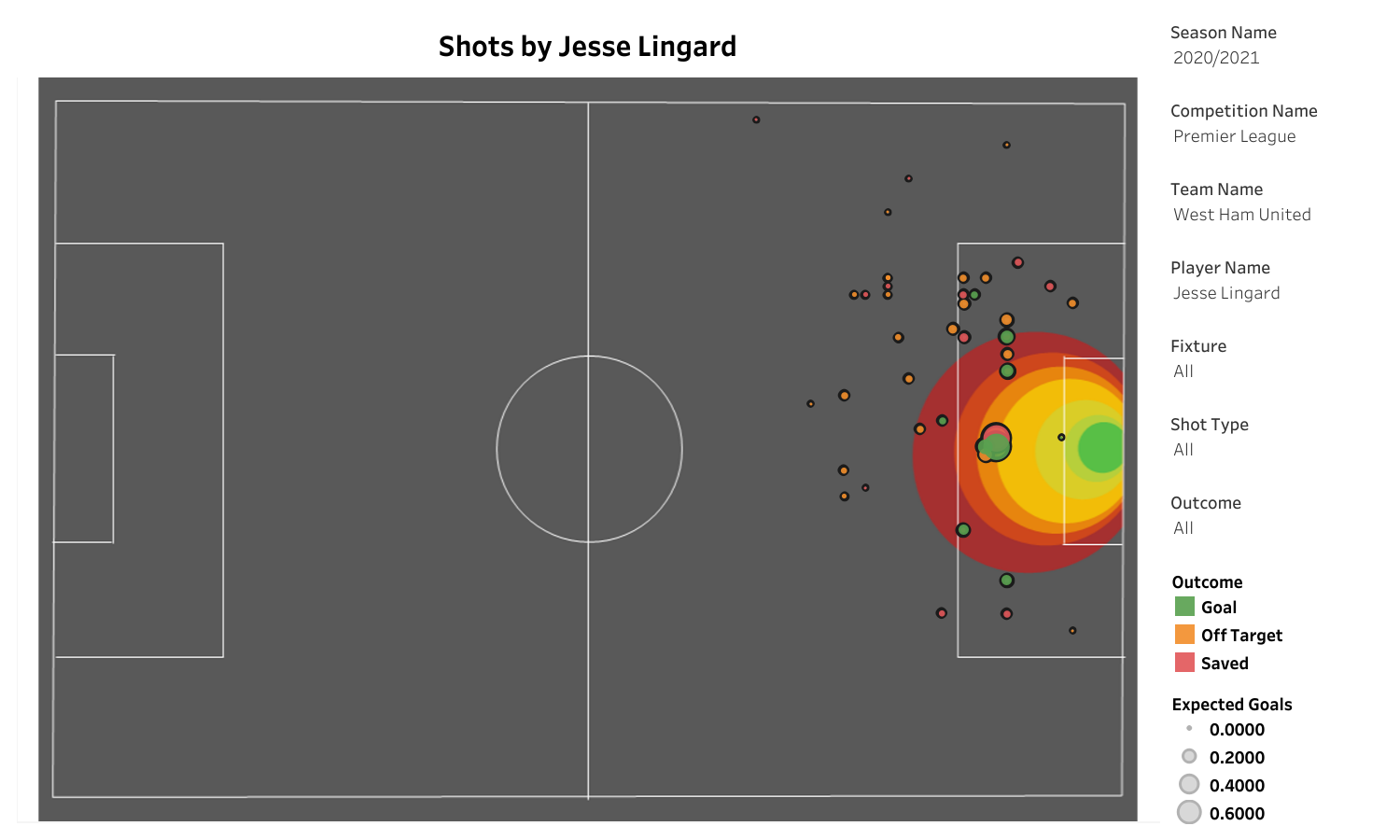 The above map shows all the 43 shots attempted by Lingard last season. He managed to hit the target 21 times and convert nine shots. His overall expected goal rate in these 16 appearances was 5.68. Of these 43 shots, 19 were attempted from outside the opposition’s penalty box, and he managed to score one goal. He featured mostly on the left, and we can observe this by looking at the positions from where he attempted his shots last season.

Lingard also provided four assists with an xA rate of 2.48. His passes included 23 crosses, 21 smart passes, and 35 through passes. He created a lot of threats whenever he was on the ball.

Jesse Lingard provides a lot of creativity on the field and can score goals. AC Milan are looking for options to improve their attack next season. The Englishman has a lot of experience playing at the top level and can add new dimensions to their attack. Milan will face competition from rivals to acquire his services.