AC Milan are still looking for players in the transfer window. In recent years, the Italian club’s focus has been on recruiting young, talented players into the squad. This season they are repeating the same process and are bidding for players who have the potential to take the team to the next level. One of the players that they have recently targeted is Spurs’ Senegalese midfielder, Pape Matar Sarr. The 19-year-old was signed from French club Metz last season and was sent back on a season-long loan. Now, he is at Spurs, and they are also looking to send him on loan in search of more game-time. AC Milan are also considering a loan move for the youngster. Some of the stats from the last season will show why AC Milan have shown an interest in him. 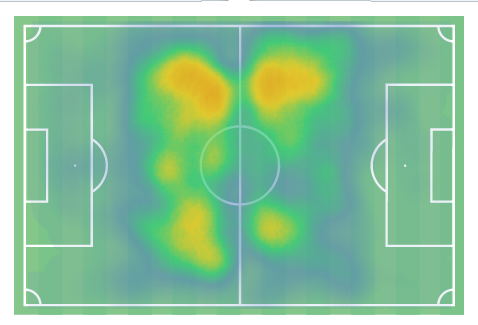 Sarr played 55 matches in Ligue 1 for Metz. Last season, the player was involved in 33 league games, and this included 22 starts. He featured as a left-central-midfielder in most of the games. Sarr was able to score a goal and also provided three assists during the season. At such a young age, the midfielder possesses a lot of talent going forward. 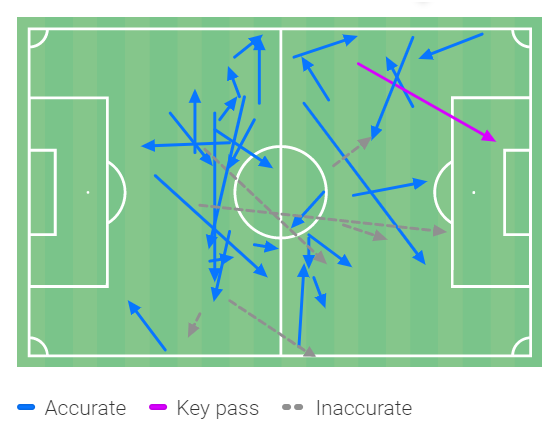 Sarr spent 2,296 minutes on the pitch last season. He was involved in 1,693 actions and enjoyed a 64.2% success rate. The 19-year-old attempted 964 passes and had a high accuracy rate of 86.2%. He averaged 37.8 passes per 90 minutes, and this included almost six passes per 90 minutes in the final third. The midfielder also averaged one pass per 90 minutes into the opposition’s penalty box. Sarr is a box-to-box midfielder who can contribute to scoring goals. The above viz shows his passing in one of the league matches last season. Most of the passes attempted by the midfielder were short passes to set up a play. He even attempted a key pass and was able to find a teammate inside the opposition’s penalty box. Sarr can also go wide to link-up play with his teammates. 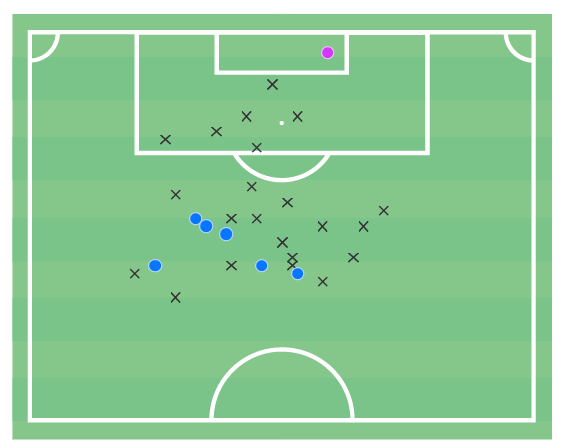 The Senegalese could be on his way to playing for the Italian champions. He had a decent last season and will look to continue his form at whichever club he goes to next. Tottenham Hotspur and AC Milan are having negotiations, and he might be leaving North London soon.