Pablo Mari was signed by the English Premier League side Arsenal in 2020. The Spanish player failed to cement his place in Arsenal’s starting XI and was sent on loan to Serie A side Udinese in January 2022. He made 15 appearances for the Italian club and impressed a lot of teams. The player managed to score two goals and caught the eye of the Serie A Champions. AC Milan need defenders to add strength and boost their back-line. They are targeting a few centre-backs, and Mari is one of them. Arsenal are looking to offload the defender, and AC Milan could get him for a lower price. 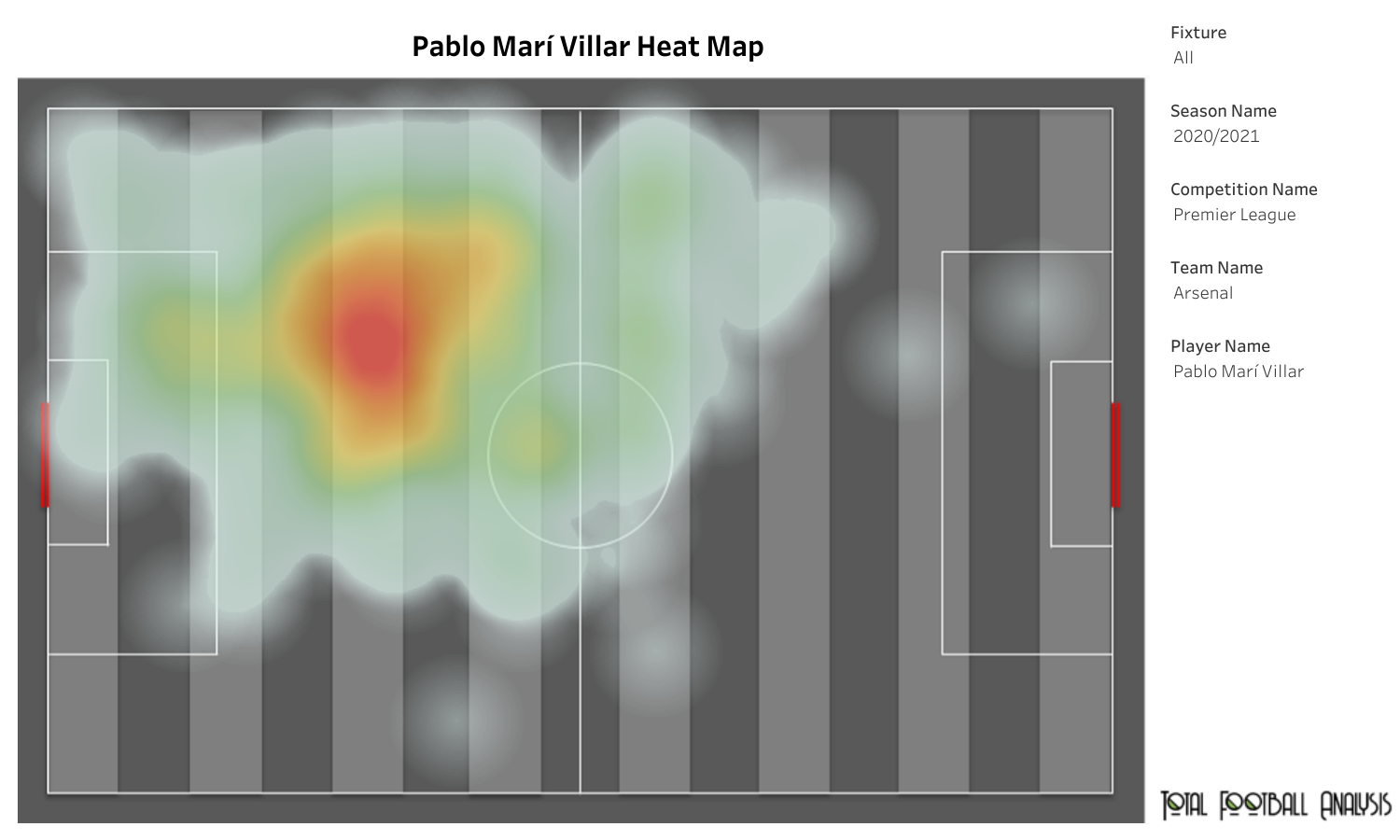 Mari started in only two English Premier League games last season but was involved in ten league games. The above heat-map shows the position of the centre-back in the 2020/21 season. He played as a left centre-back who liked to go up the field and help his team maintain offensive momentum. 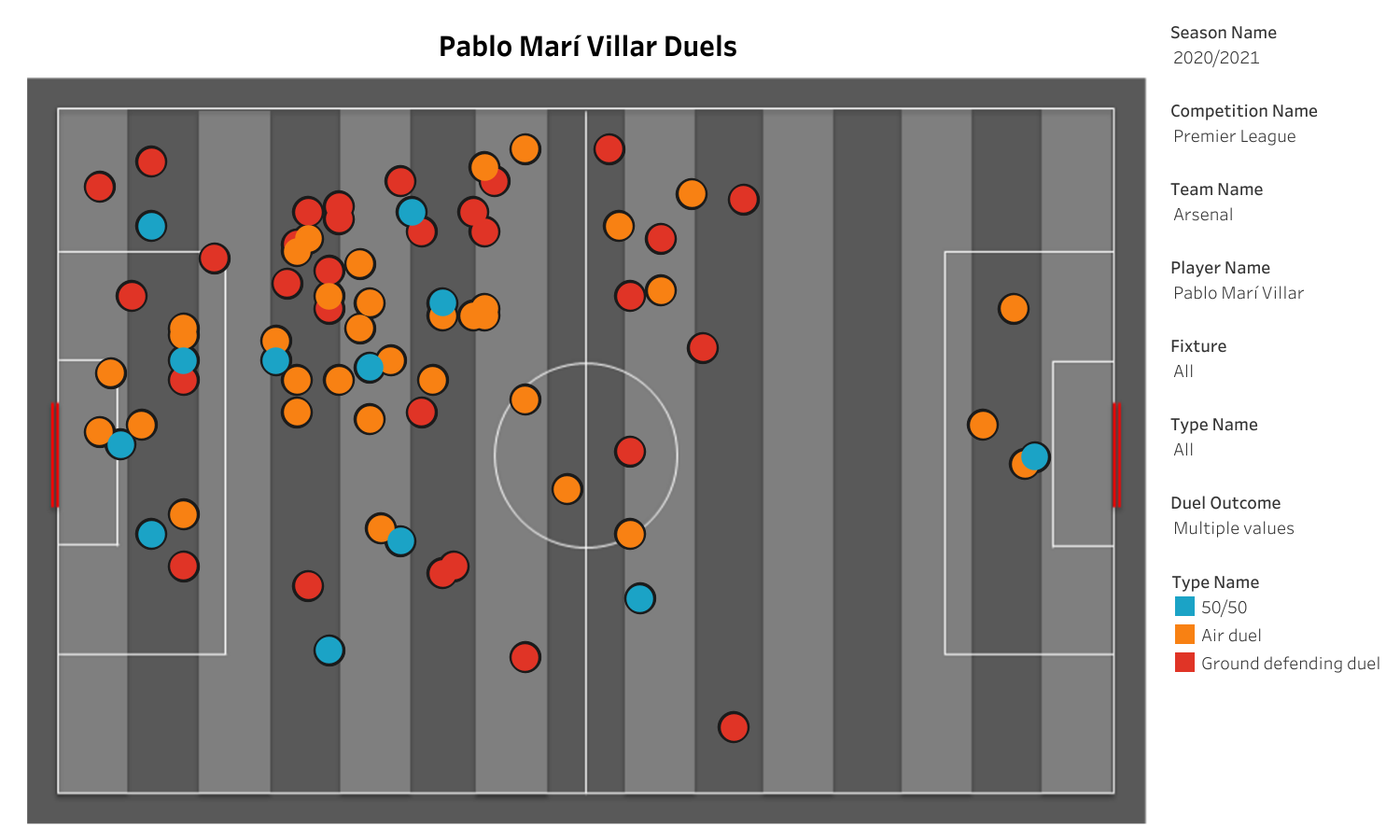 The 28-year-old was involved in 9.4 attacking actions per 90 minutes and had a success rate of 81.2%. The above viz shows all the duels that Mari won or ended in a neutral result. By looking at the viz, we can observe that the player won a lot of aerial duels. He also won a few defensive and loose ball duels, but his main strength was aerial duels. 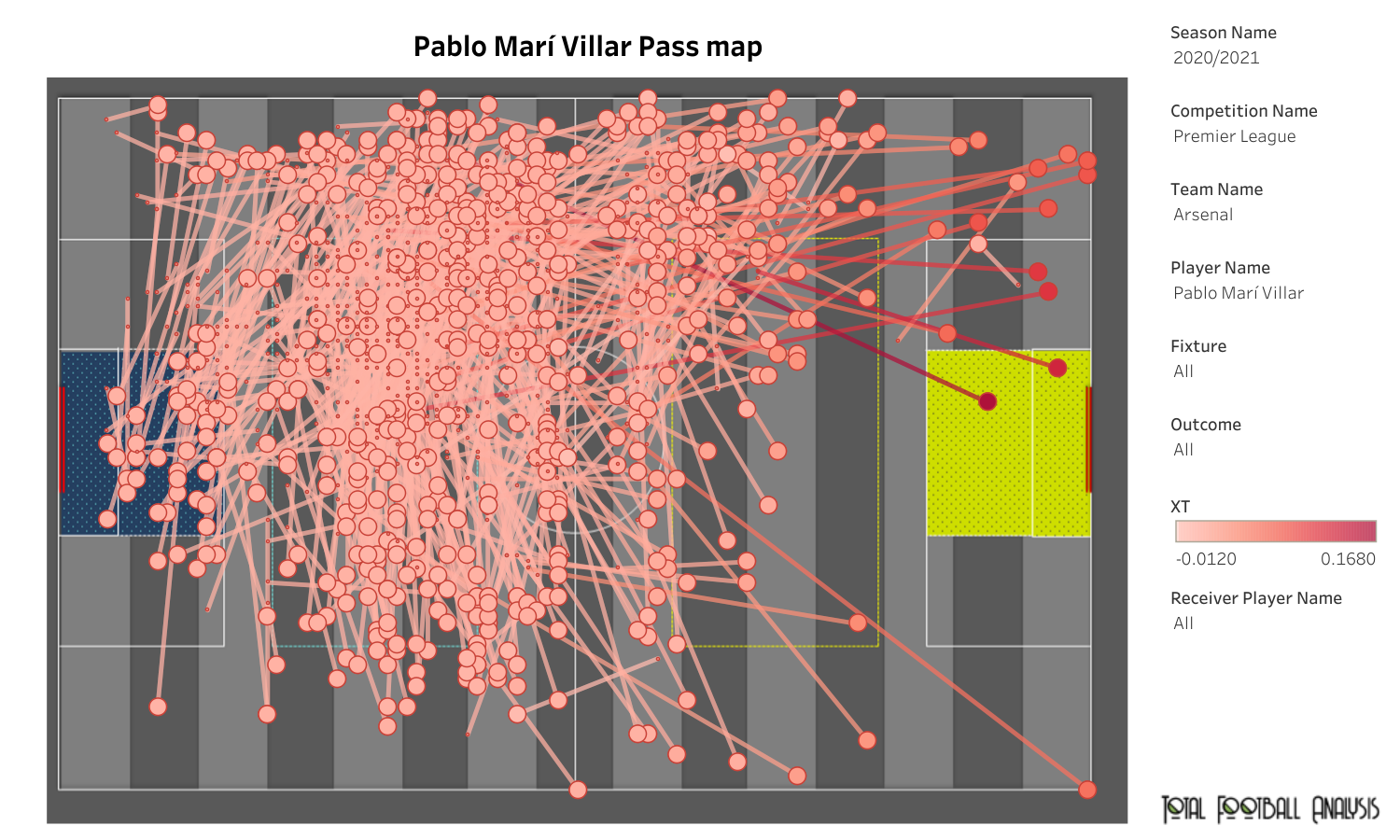 Mari made a lot of attempts to find his teammates from deep positions. He averaged 55.12 with an accuracy rate of 90.36%. The above viz shows all the passes attempted by the player in the 2020/21 season. We can observe that a lot of passes were attempted into the final third from deep positions in the middle third. He can also play long diagonal passes to switch the play to the opposite side.

Mari’s aerial ability is his strength. He can score goals with his head and can also defend the goal. The player has the ability to make long passes that could trouble the opposition’s defence. Mari would be a good signing, and he would look to cement his place in the starting XI.