Olivier Giroud has regained his form and is helping AC Milan climb up the Serie A table. Milan were knocked out of the UEFA Champions League and now they have set their eyes on the league title. Giroud has scored a brace each in the last two games. One of the games was in the league against Inter Milan, and the other was in the domestic cup competition against Lazio. The striker has missed some of the matches due to injury, but his recent form has shown a glimpse of why he is becoming a suitable candidate to lead Milan’s attack. 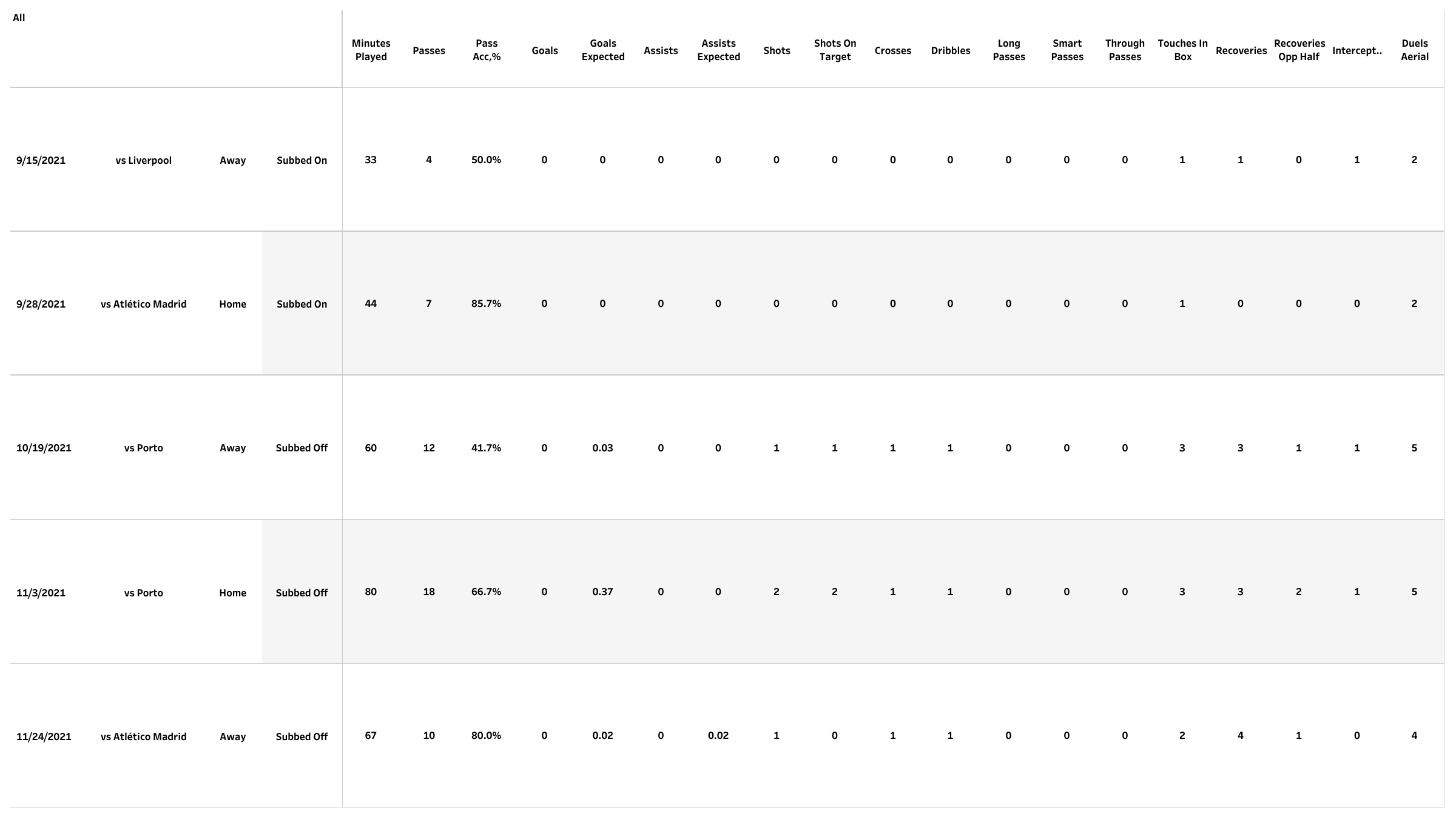 The above table shows Giroud’s stats in the UEFA Champions League this season. He made five appearances, and two of them were from the bench. He was unable to attempt many shots and wasn’t helpful in AC Milan’s qualification for the next round. The Frenchman attempted four shots with a 75% shot accuracy rate. He took ten touches inside the opposition’s penalty box and made 11 recoveries in the competition. However, the striker has a better league record this season. Giroud has scored seven goals in 15 Serie A appearances, and the former Chelsea striker has also provided an assist. 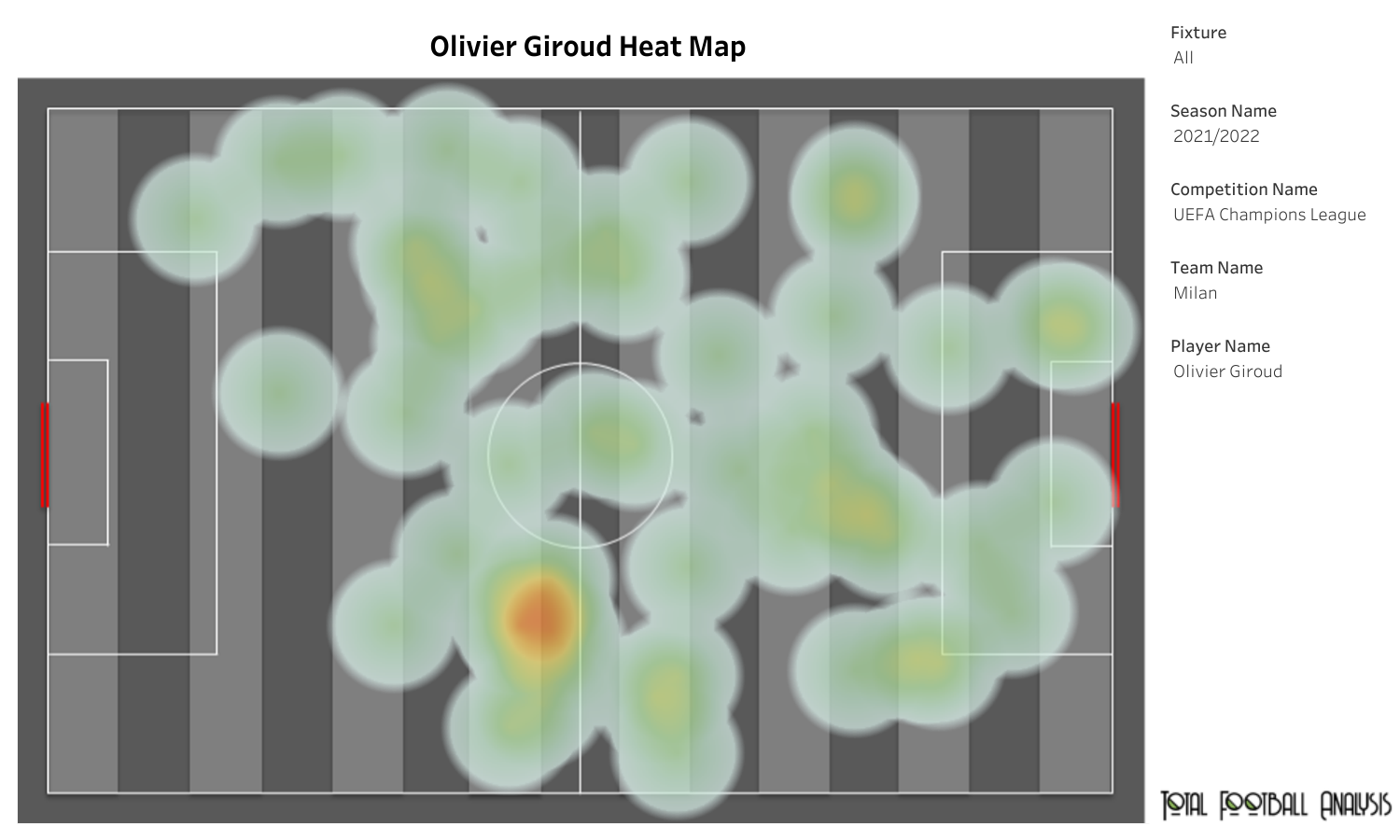 AC Milan plays in a 4-2-3-1 formation under Stefano Pioli. Giroud has been known for his link-up play throughout his entire career. He led the French squad to a World Cup victory in 2018 and featured in every match for his country. The Frenchman likes to drop into the midfield, which allows the wide players to attack. By looking at the above heat map, we can observe that Giroud has dropped a lot into the midfield and also towards the wider sides. 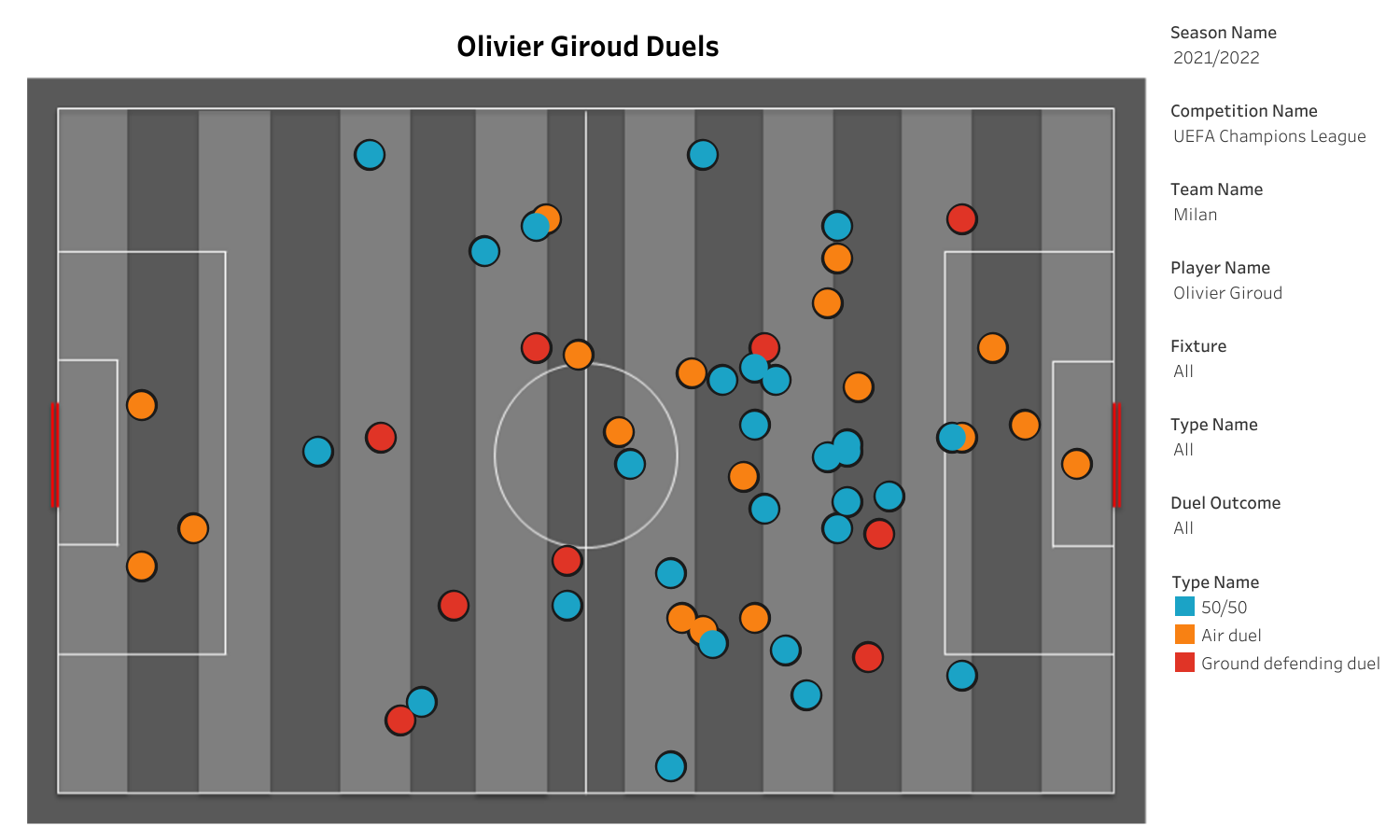 Olivier Giroud’s recent form is one of the positives for the manager. He has scored goals in the recent games and has cemented his position in the starting XI. AC Milan is ranked third in the Serie A table, and they are only one point behind the league leaders. They were missing a striker’s touch up front, and it looks like their problem is being solved.

Under the microscope: Leao, Tonali, and others lead AC Milan’s charge...