AC Milan are actively scouting players to sign in the summer to strengthen their squad in pursuit of adding more trophies to their cabinet in the form of the Scudetto or the UEFA Champions League. One of the players who is on their priority list is Ajax right-back Noussair Mazraoui. The Moroccon international has impressed a lot of big clubs with his performances on the pitch for Ajax and is on the radar of some of the big European clubs. AC Milan would look to add the right-back to their ranks as he is available as a free agent in the summer.

The 24-year-old has featured in seven Champions League games for the Dutch club this season. He has two assists to his name, and one of them came in the recent game against Benfica. 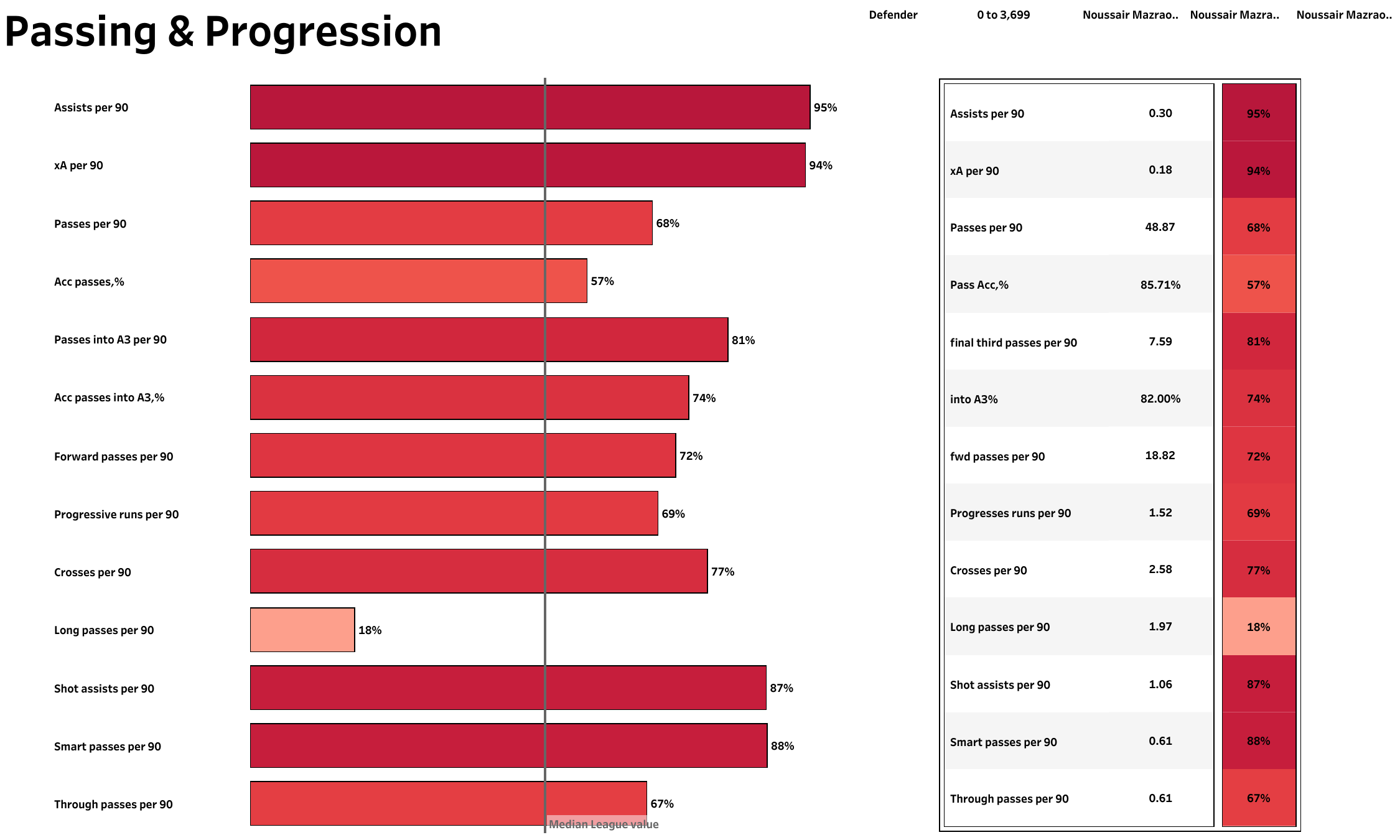 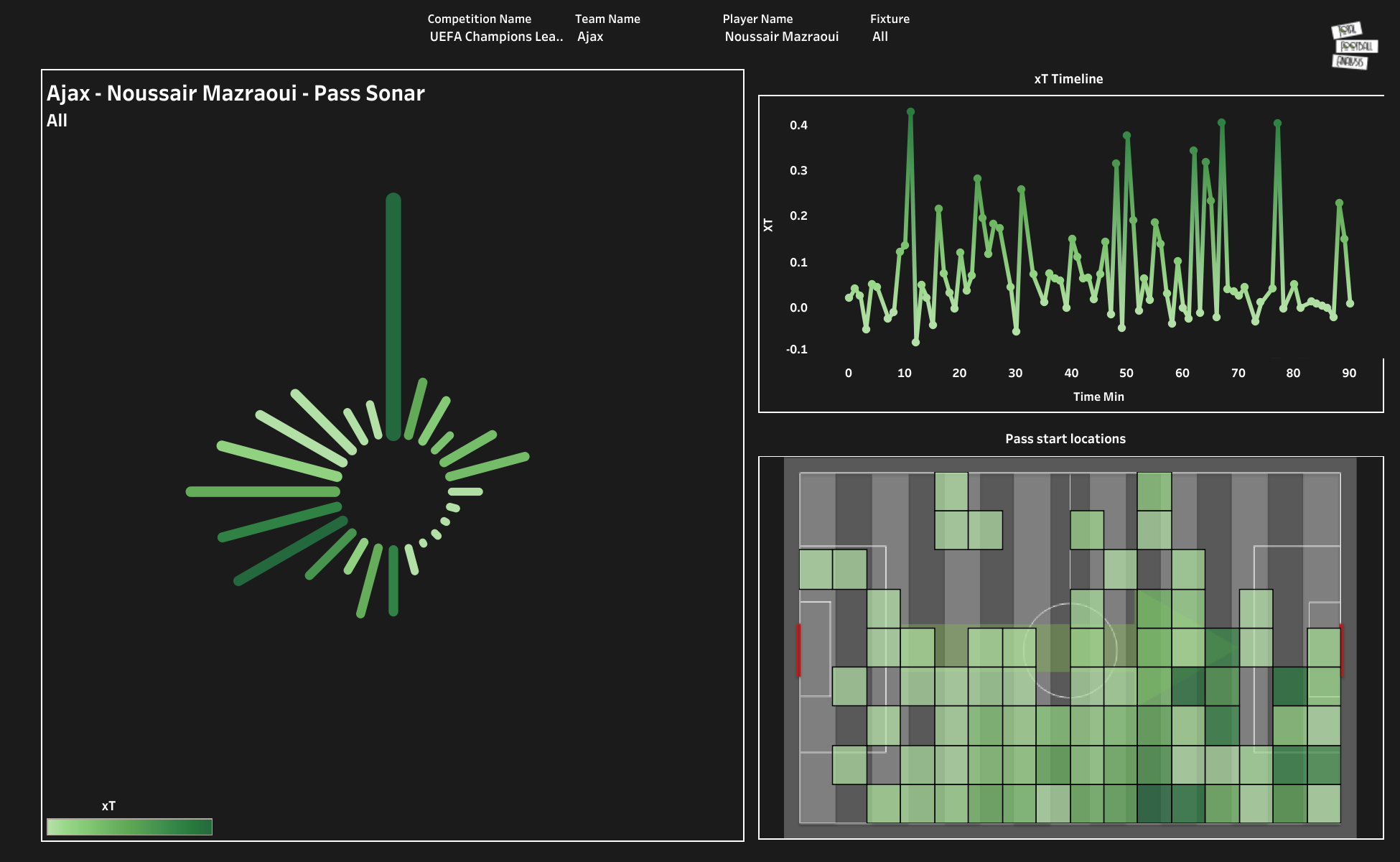 The above viz shows the pass start locations as well as the xT timeline of the full-back this season. Noussair Mazraoui has managed to get 20 touches inside the opposition’s penalty box and has created a lot of threats from those passes. The xT timeline shows that he has created more threats in the second half, and the crucial period during that time has been between the 45-70th minute mark. His passes included 17 crosses, 13 long passes, four smart passes, and four through passes. 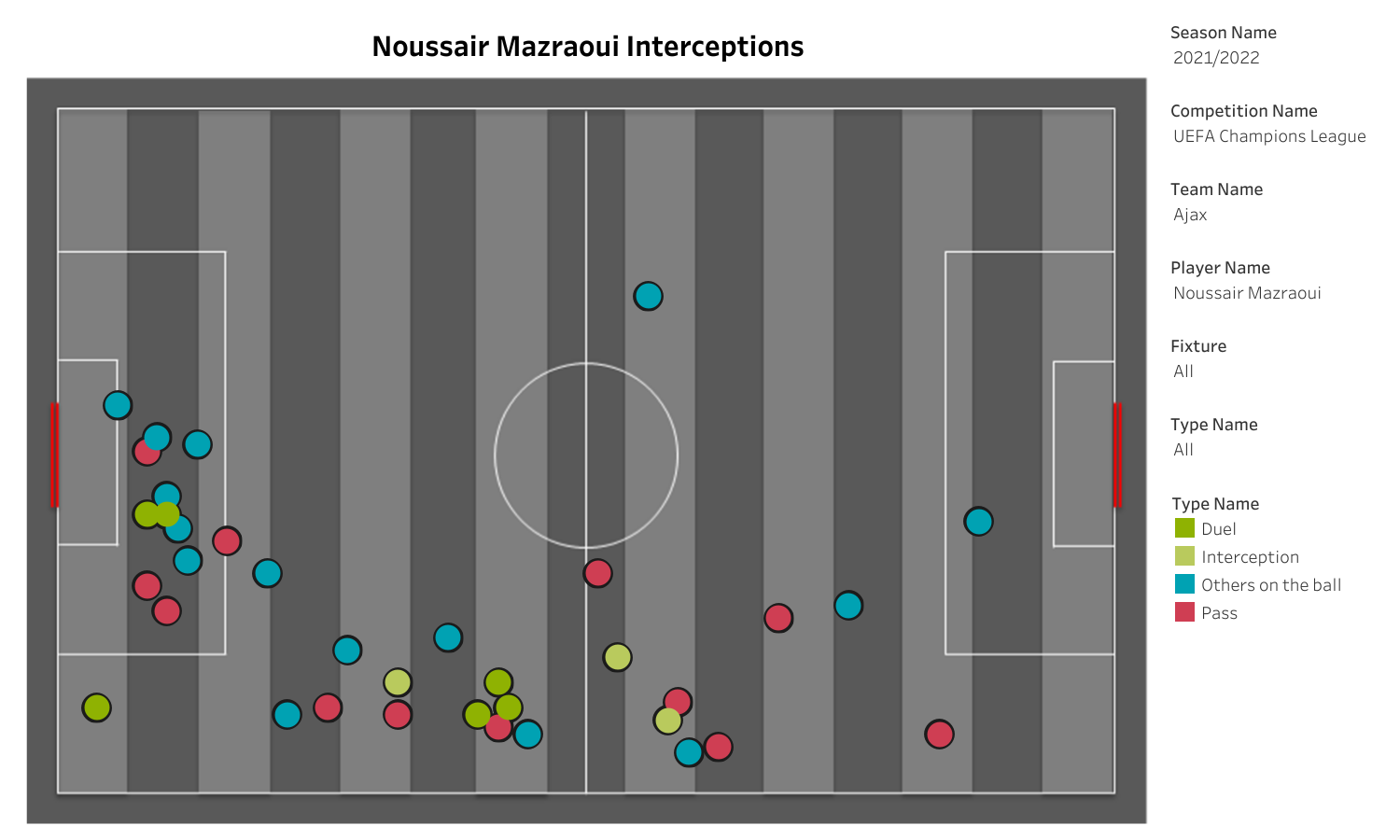 It is unlikely that Noussair Mazraoui will renew his contract at Ajax. He has impressed a lot of clubs in Europe and has made important contributions to his side’s run in the UEFA Champions League. AC Milan will look to add the full-back, so that this gives them more chances of doing well in the coming seasons.