Serie A champions, AC Milan, are looking to add fresh faces to their team for the next season. They are looking for young players to help them build their team for the coming years and win more titles. One of the players that have been their target is Club Brugge’s Dutch youngster, Noa Lang. The 22-year-old joined the Belgian side from Ajax on a permanent deal at the start of the season. Since then, he has been a regular part of the starting 11 and helped his side to win another Jupiler Pro League title. He also featured in the UEFA Champions League, and here are some of the stats of the player from that particular competition that will show why AC Milan are interested in signing him. 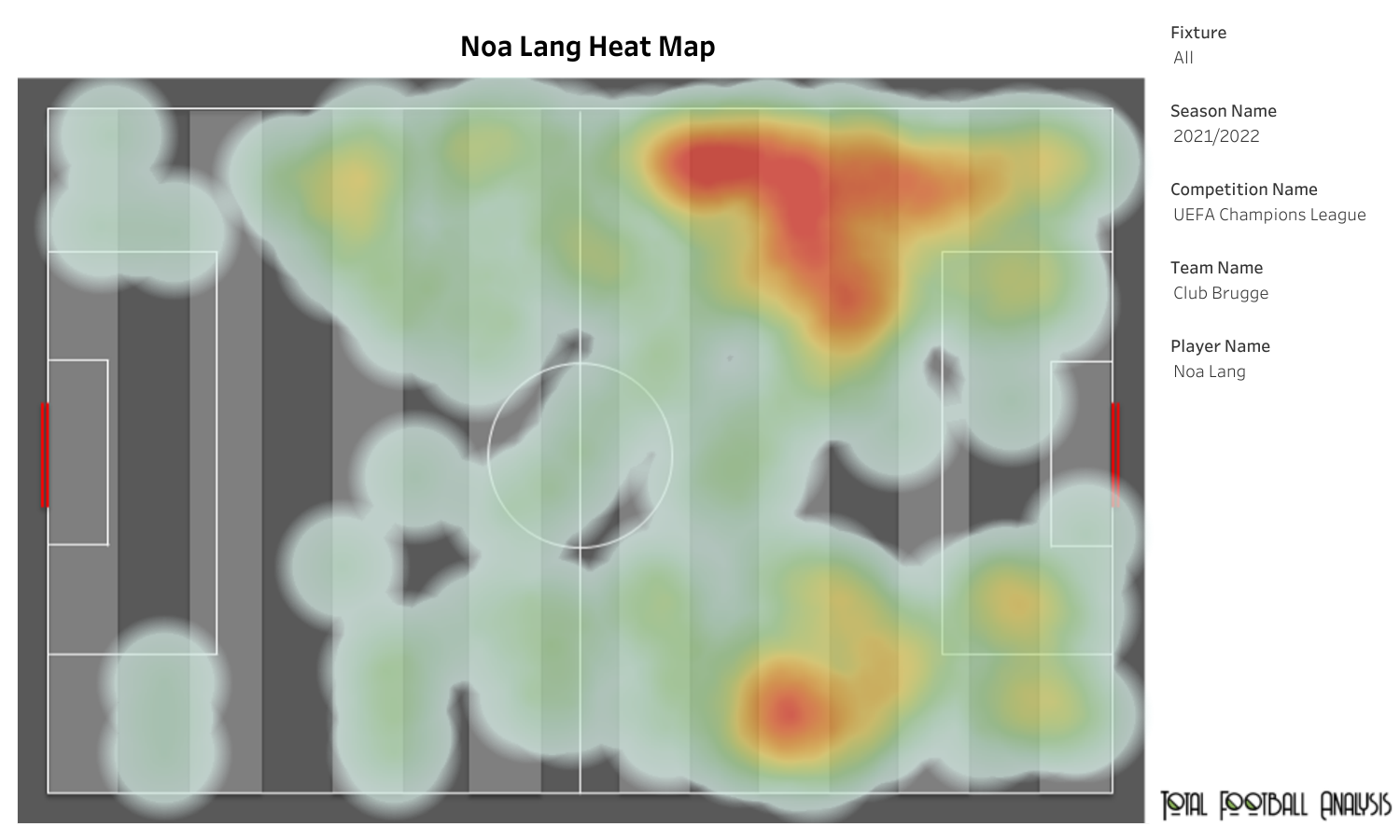 Lang featured in all six games for Club Brugge in the UEFA Champions League. The Belgian club was drawn into the same group as Manchester City, PSG, and RB Leipzig. They had one of the toughest groups in the Champions League this season. The 22-year-old Dutch midfielder featured on both sides of the pitch, but his average position was towards his favoured left side. His only goal contribution in the elite competition was an assist to his teammate, Mats Rits. 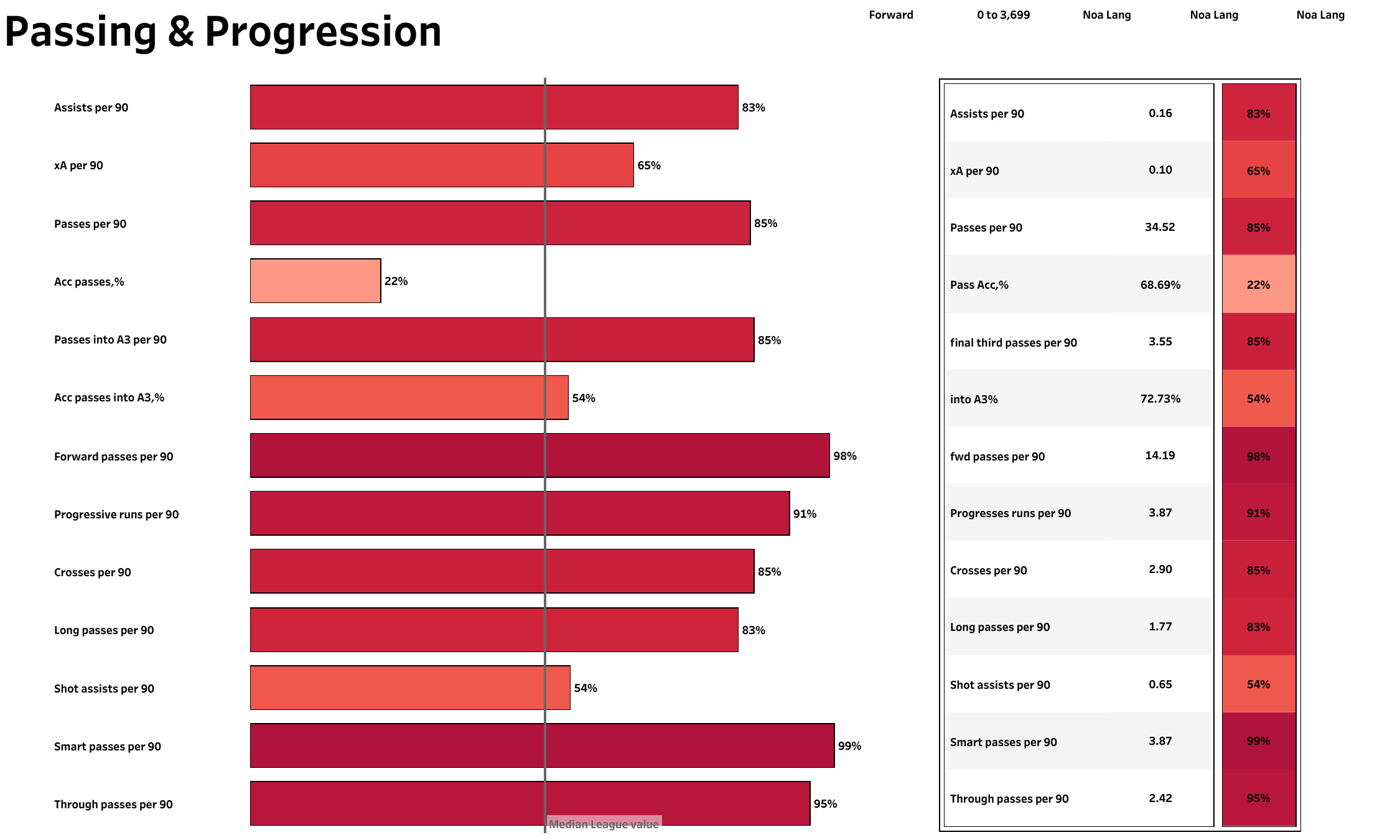 When looking at the above chart, the general rule is that the longer the bar, the better the performance — you can see the league average in the middle, and the % is the percentile rank the player is in. The above viz shows his passing stats in comparison to other forward players in the league. He averaged 34.5 passes per 90 minutes with a 68.69% pass accuracy rate. The passing accuracy was low for the youngster. However, he is ranked very high for attempting forward passes and making progressive runs. Notably, he averaged 3.87 smart passes and 2.42 through passes per 90 minutes, respectively. 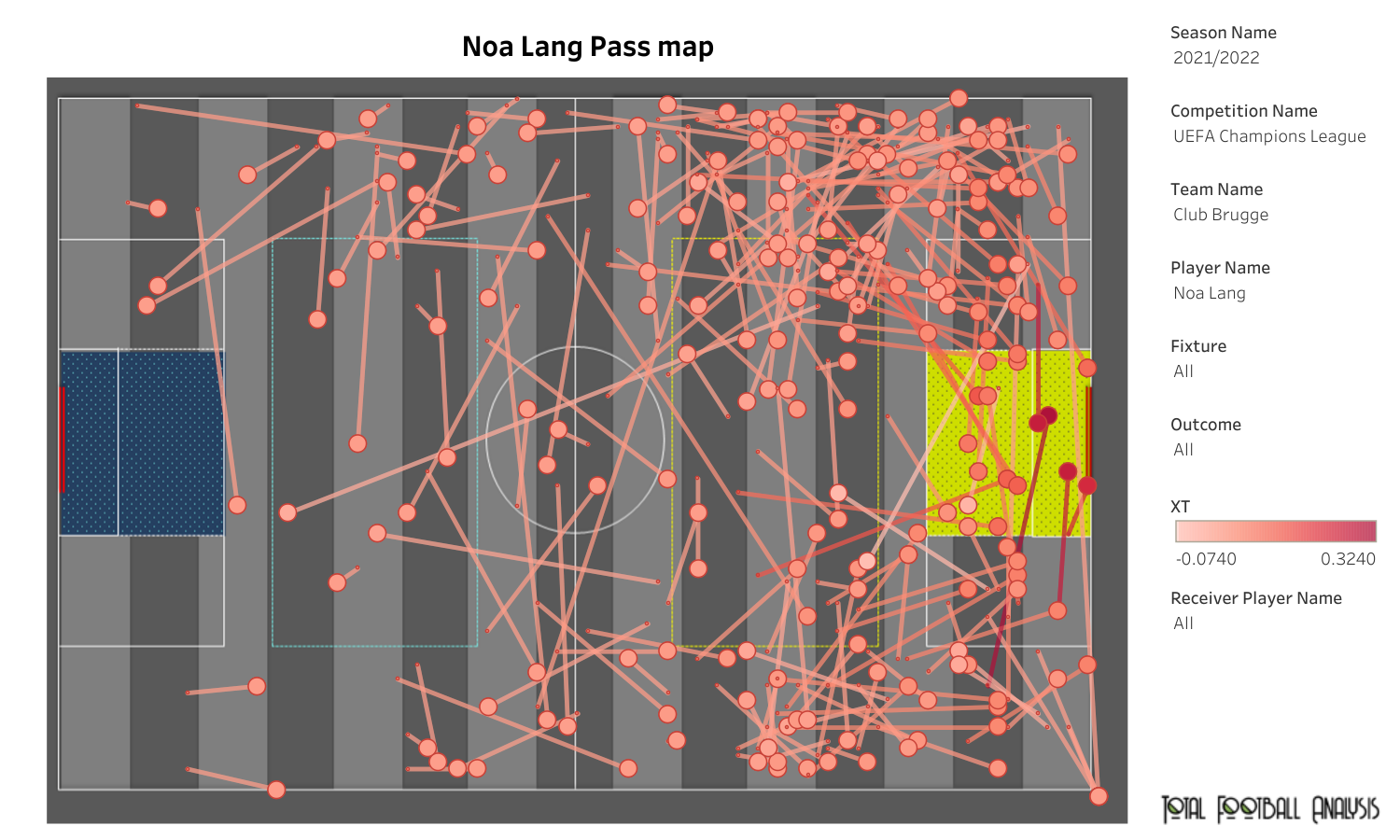 The above viz shows all the passes attempted by the youngster. He was the main threat for the Belgian side from the left side. The 22-year-old delivered some dangerous passes into the opposition’s penalty box and always created threats. Other than this, he attempted nine shots, and four were on target.

AC Milan have Rafael Leao in their ranks, and the winger also features on the left. It would be difficult for Noa Lang to replace him, but the player can be used as a substitute in his place. Lang has also featured on the right and is flexible with his positioning. AC Milan could have another talented youngster in their squad for the next season.