AC Milan are looking for options on the right to boost their attack for next season. They are targeting a lot of players from other leagues, and one of them is Arsenal’s Nicolas Pepe. Pepe made a big-money move to the English Premier League side in 2019 from Lille and has struggled for game time since then. He has struggled to get inside the starting XI and is looking for a move away from London. The right-forward has a lot of potential and has given some impressive performances for his club and country. 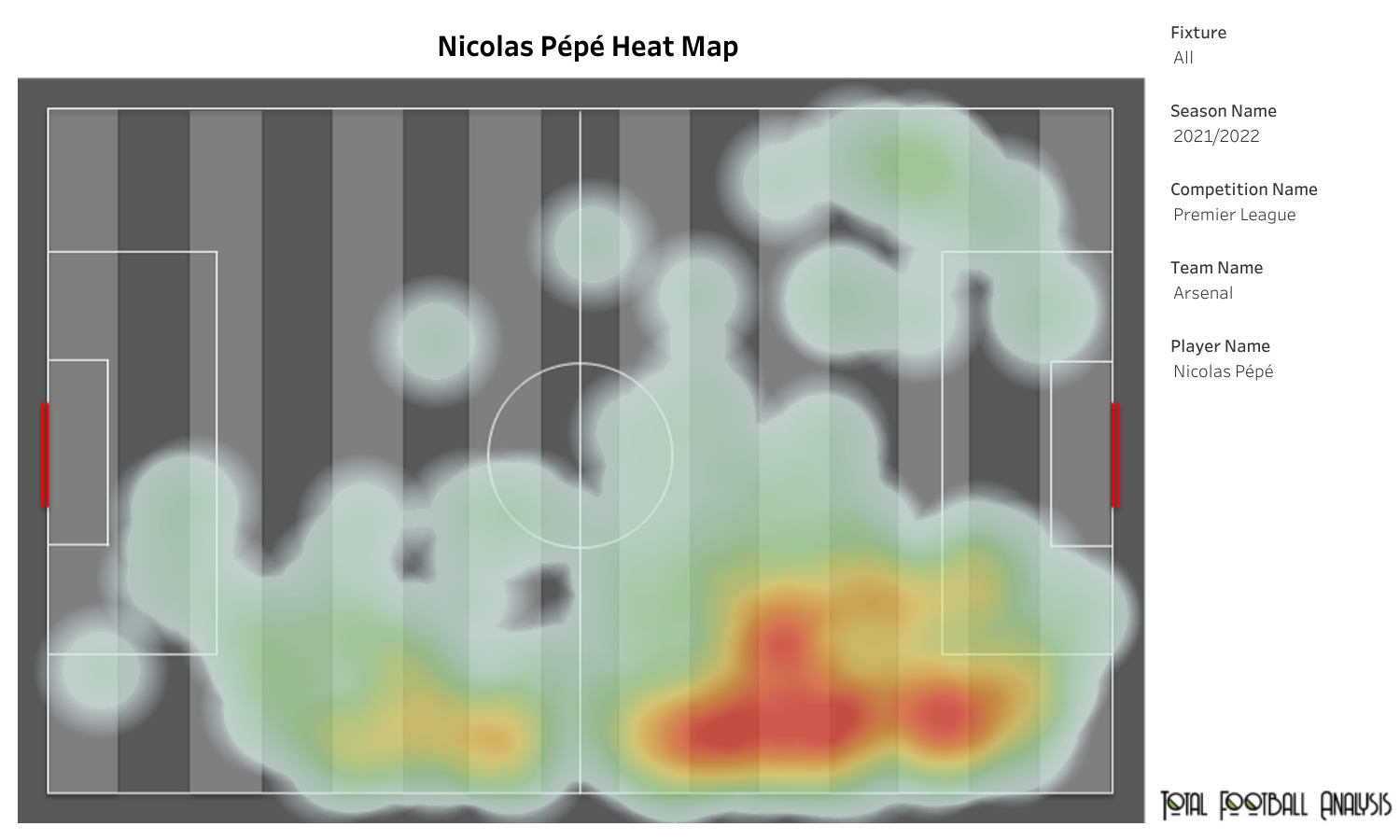 The Ivorian has made 15 appearances for Arsenal in the Premier League this season. Of these 15 matches, he has only started in five of them. The 26-year-old scored his only goal of the season against the Wolves and provided the only assist against Norwich City. The above heat map shows the positioning of the players this season. He has featured in the favored right-wing position and likes to stay a bit wide on the field. The forward has taken 37 touches inside the opposition box so far. 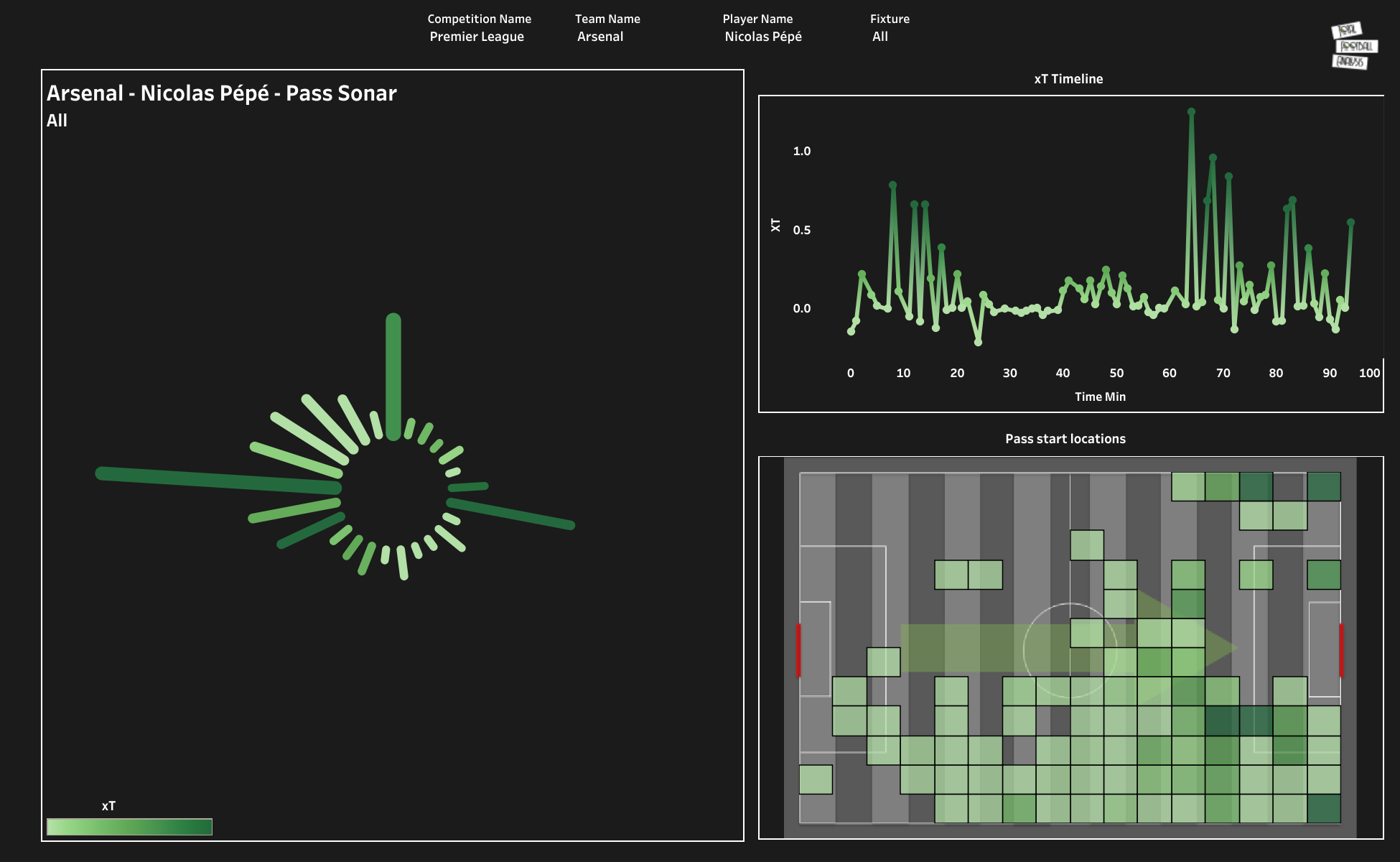 Nicolas Pepe has attempted 250 passes this season, with a high passing accuracy rate of 86.4%. The 26-year-old attempted 13 crosses and five long passes, smart passes, and through passes each. The above viz shows the pass start location as well as the xT created from passes. Nicolas Pepe has created more threats from passes attempted from the right edge of the opposition’s penalty box. The xT timeline shows that he creates a lot of threats towards the start and in the last 30 minutes of the matches. Nicolas Pepe has attempted the most passes towards Martin Odegaard, followed by Emile Smith-Rowe. 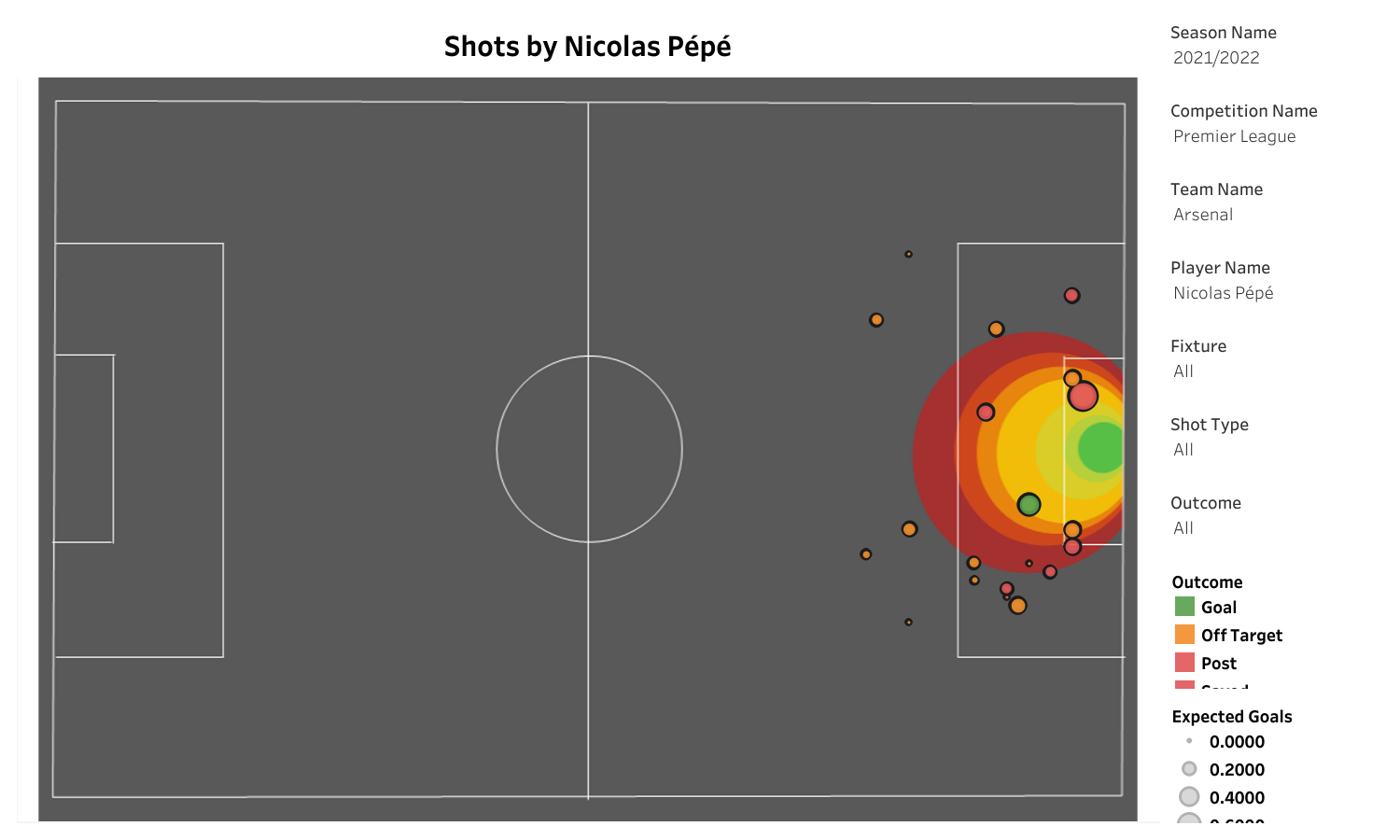 Nicolas Pepe has the ability to score goals with his favored left foot. The forward has curled in a few blinders from the right side previously for Arsenal. However, this time, he has only managed to score a single goal this season. Nicolas Pepe had previously scored 15 league goals for Arsenal, but fewer chances this season have reduced his chances of scoring more. The forward has attempted 20 shots with a low shot accuracy rate of 25%. Of these 20 shots, only five were attempted from outside the opposition’s penalty box.

The Ivorian scored 35 league goals in two seasons at Lille in France before joining Arsenal. This season, he has featured more off the bench and has struggled to score goals. His appearances for Arsenal have gone down this season, and AC Milan will look to take advantage of the situation. They will look to add the player to their ranks and make use of his potential.