AC Milan have shown an interest in Wolverhampton Wanderers star Morgan Gibbs-White. The 22-year-old spent the season on loan at Sheffield United in the EFL Championship and played a crucial role in his side’s run to the playoff round. His impressive form in the Championship has attracted the interest of bigger European clubs. The youngster enjoyed his stay at Sheffield United and could have been moved to the Yorkshire club, in case they got promoted. But now his value has increased, and it would be difficult for Wolves to hold on to the youngster.

Morgan Gibbs-White made 37 appearances in the EFL Championship for the Blades. He scored 12 goals and provided ten assists. Sheffield United played with two strikers at the top. Morgan Gibbs-White played as the right striker and has the ability to go wide and stretch the opposition defence. 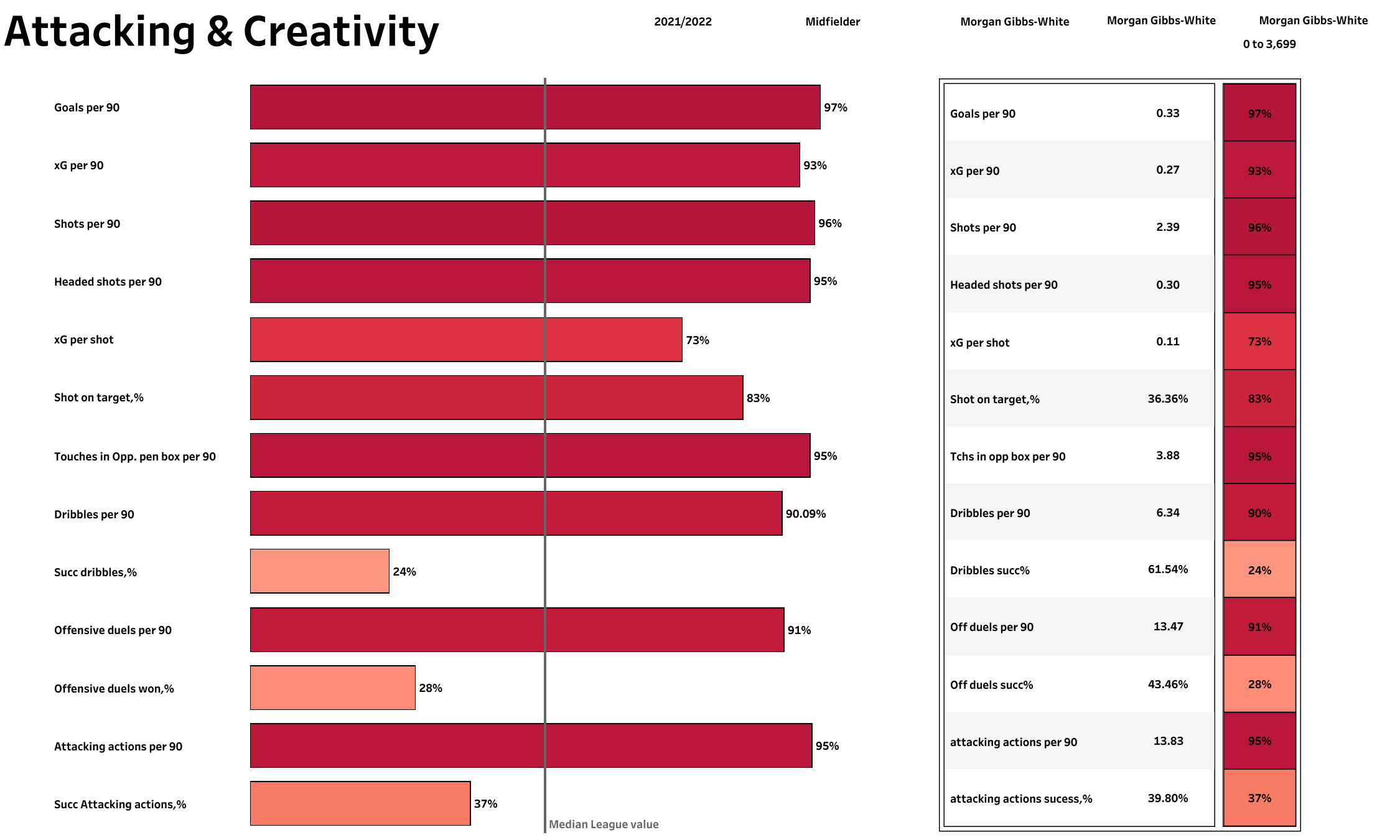 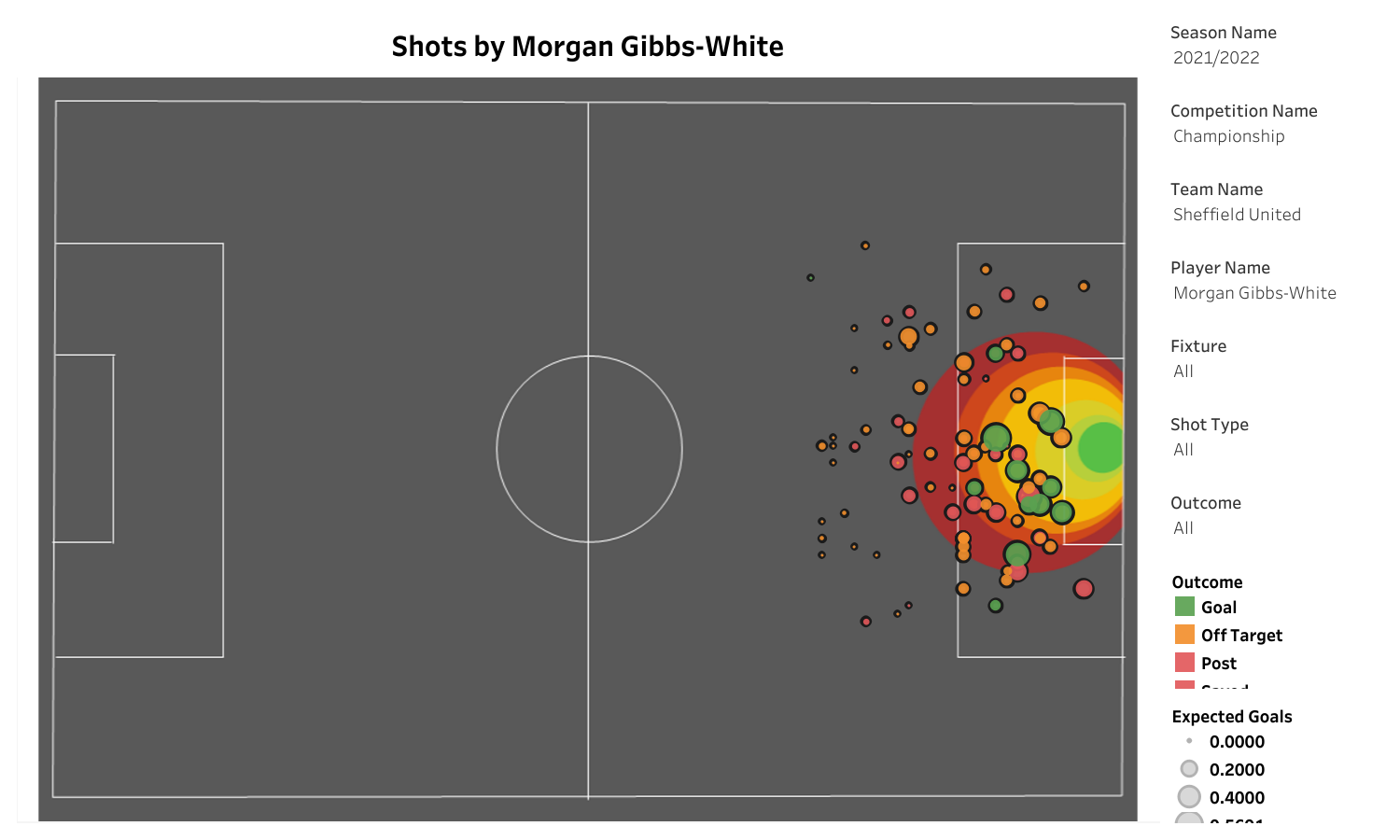 Morgan Gibbs-White averaged 2.39 shots per 90 minutes with a 36.36% shot accuracy rate. The above viz shows all the shots attempted by the youngster. He scored 11 goals from inside the opposition’s penalty box and only a single goal from outside the box. Most of the goals were scored from a very similar position, i.e., from right in front of the goal. Gibbs-White is also a threat in the air, as he averages 0.3 headed shots per 90 minutes. The youngster has also found space inside the opponent’s penalty box, averaging 3.88 touches per 90 minutes. 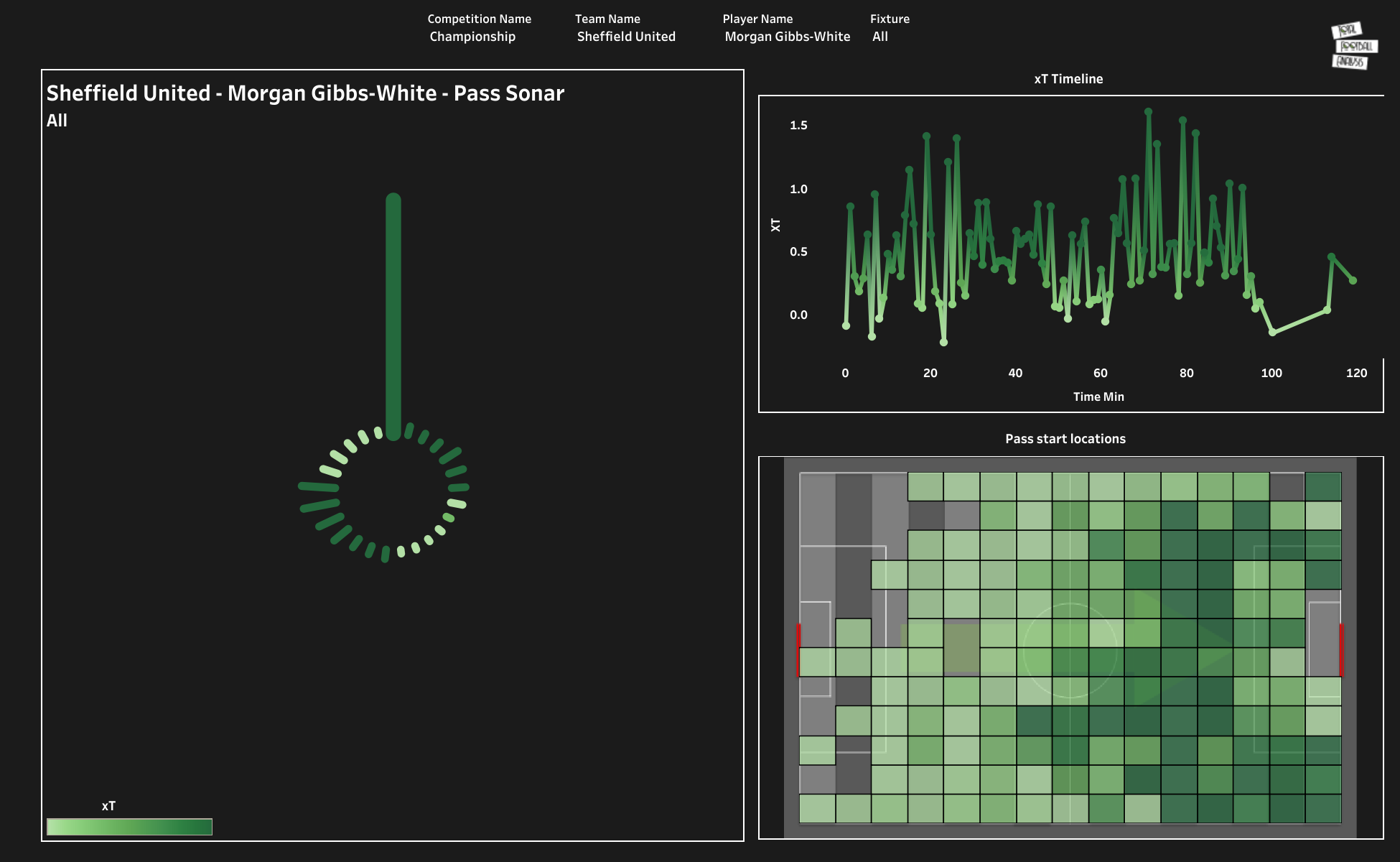 The 22-year-old has the ability to set up goals for his teammates. The above viz shows the xT timeline and the pass start location of the youngster. He has featured more on the right side and likes to go wider to stretch the opposition defence. The player averaged 3.3 crosses per 90 minutes, along with 1.79 smart passes per 90 minutes and 1.87 through passes per 90 minutes.

Morgan Gibbs-White features on the right side of the attack, and that is the area where AC Milan are lacking firepower. The youngster has the ability to score and set up goals. The Italian club would be assessing his situation and would try to sign the youngster at a reasonable price. He could be a great addition to the Serie A champions’ squad.