AC Milan have shown an interest in former Roma midfielder, Miralem Pjanić. The Bosnian made his name at Lyon and made a switch to Roma in 2011. He was impressive in his five-year spell with the club and was signed by Juventus in 2016. The 32-year-old spent five years with the Old Lady and was transferred to FC Barcelona in a swap deal with Arthur Melo. Pjanić failed to cement his position at Barcelona and was sent on loan to Beşiktaş last season. His loan spell has ended, and Barcelona are thinking about offloading him. AC Milan are already looking for midfield additions and Pjanić could be one of them. They have a midfield comprising of young players and Pjanić’s experience could prove to be handy for the defending Serie A champions. AC Milan will also be featuring in the UEFA Champions League and will need the depth in the squad to compete against the other teams. Some of the stats from the UEFA Champions League show how Pjanić could prove to be the X-factor for AC Milan next season. 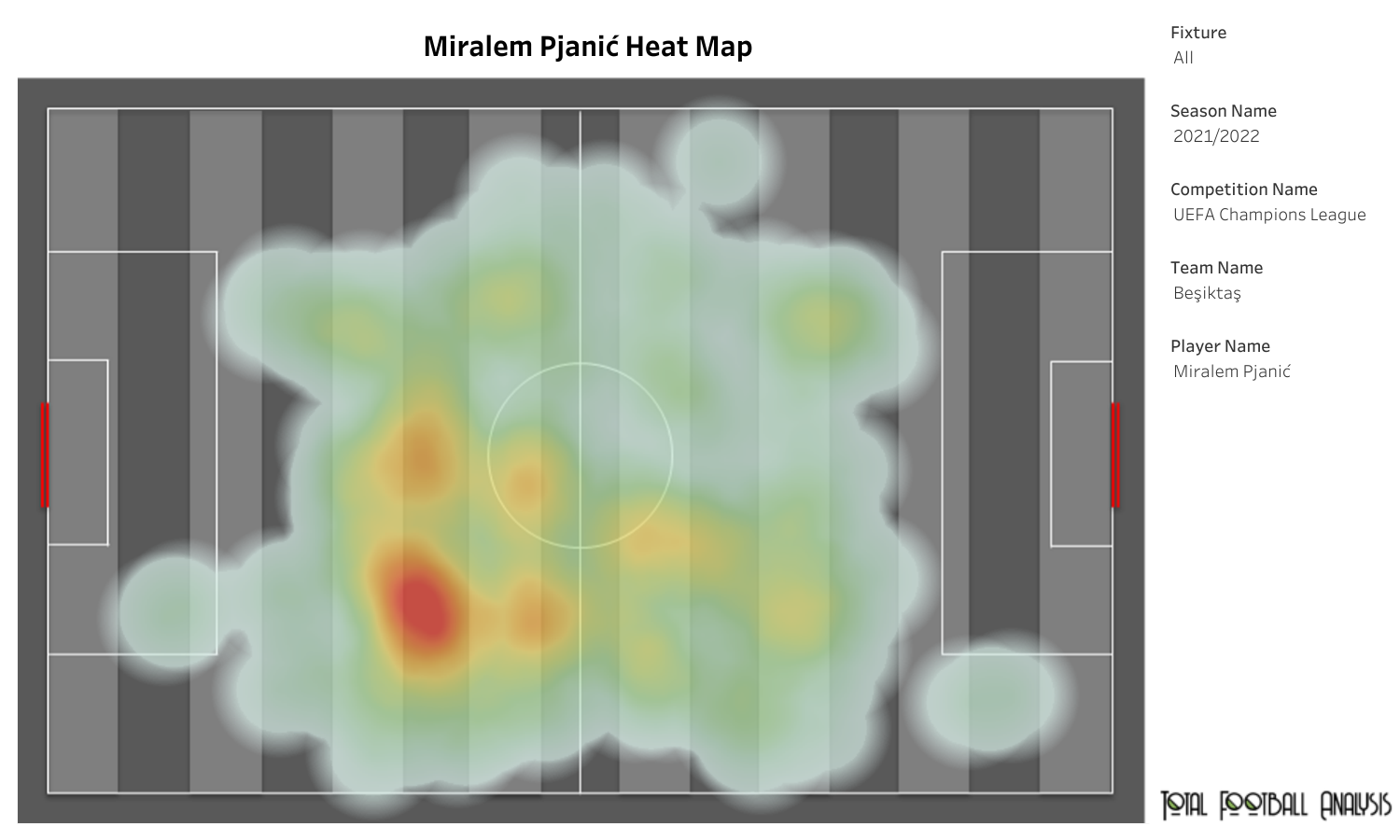 Last season, the Bosnian international made 26 appearances for Beşiktaş in all competitions, where he failed to score a goal but provided four assists. Of these 26 appearances, three came in the UEFA Champions League group stages. The above viz shows the heat map of the player in these three matches. He played a deep role for his side, and his average position was inside his half. 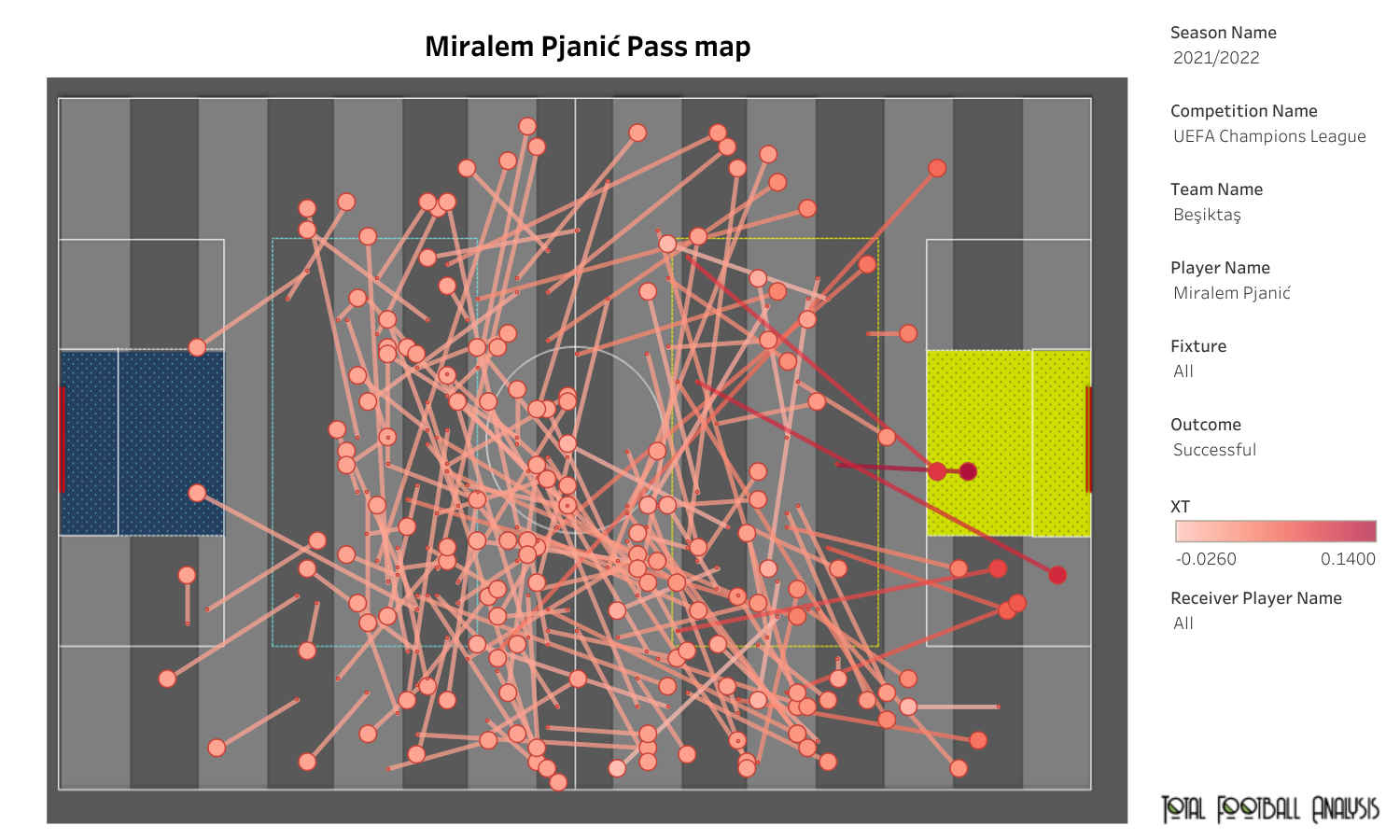 With an average of 61.9 passes per 90 minutes, the midfielder attempted 194 passes with an accuracy rate of 84.02%. Of these 61.9 passes, 10.5 were attempted into the final third with an accuracy rate of 78.8%. Pjanić distributed the ball towards the flanks. He was positive with his passing and averaged 22 forward passes per 90 minutes. The above viz shows all the passes that the midfielder successfully delivered. He found a teammate inside the opposition’s penalty box six times.

Other than this, the player also made some defensive contributions. He made nine interceptions and recovered the ball 24 times. Of these 24 recoveries, nine were made inside the opposition’s half.

Miralem Pjanić has played 281 matches in Serie A and carries a lot of experience on his back. He scored 42 goals and provided 71 assists for Roma and Juventus. Now, AC Milan are thinking about recruiting the player. He is likely to leave Barcelona and will be seen in a new shirt next season. AC Milan is a possible destination for the 32-year-old creative midfielder.