AC Milan have offered a contract to former Real Madrid captain, Marcelo. The 34-year-old is a free agent after spending 15 and a half years at the club. He was one of the most decorated players in Real Madrid’s history. Marcelo won the UEFA Champions League five times, LaLiga six times, and the Copa del Rey twice. AC Milan are the first club to have approached the full-back. The Rossoneri won the Serie A title after a decade but have struggled to reach the knockout stage of the UEFA Champions League in recent seasons. Marcelo carries a lot of experience and has enough gas in his tank to play for two-three seasons. 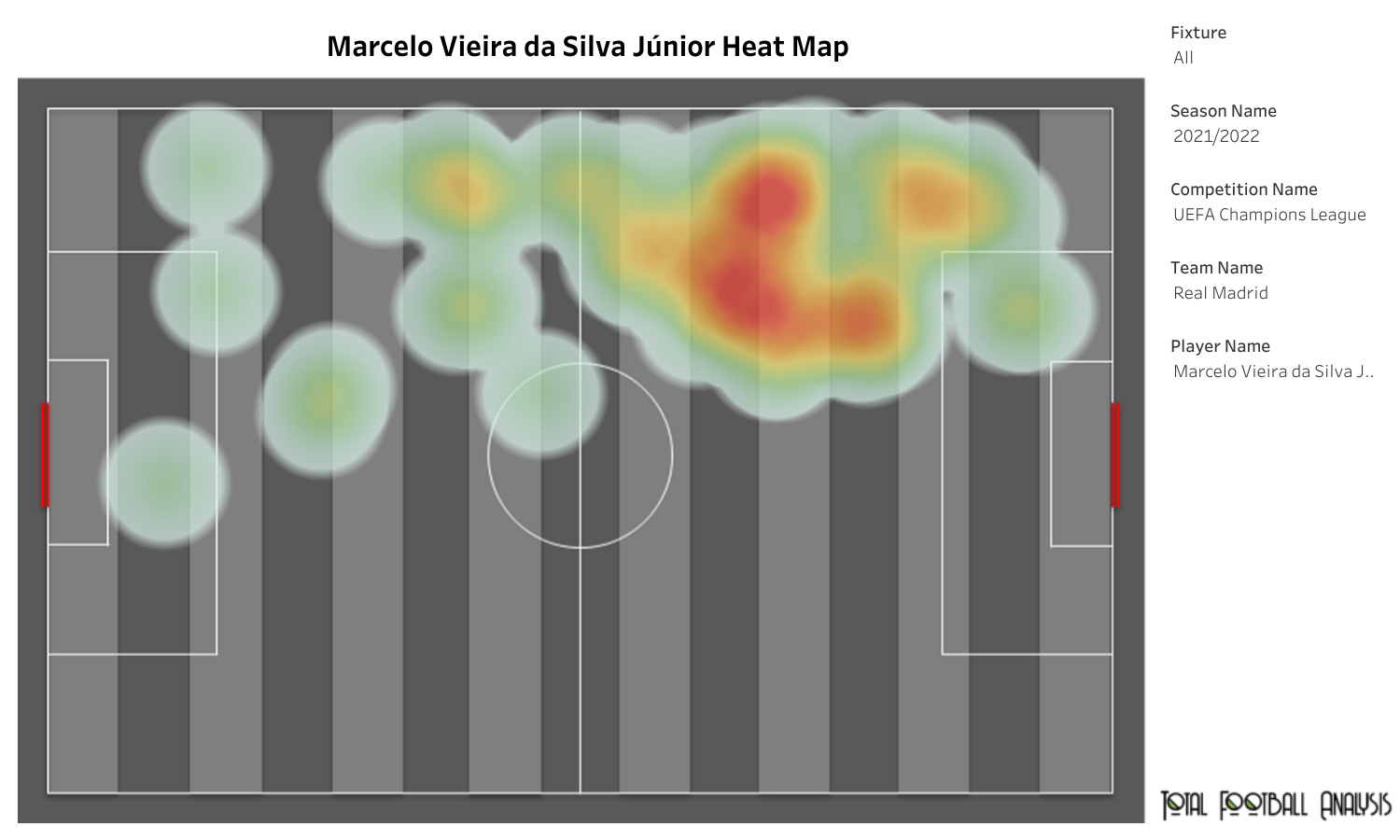 Marcelo was a regular left-back at Real Madrid, but injuries limited his opportunities in recent seasons. Last season, he made 18 appearances for Real Madrid in all competitions, and these included only seven starts. Madrid had already signed his replacement, Ferland Mendy, in 2019. Since Mendy’s arrival, Marcelo made only 62 appearances in the last three seasons. Real Madrid won the UEFA Champions League last season, and Marcelo made three appearances off the bench, spending 108 minutes on the pitch. The above heat map shows that Marcelo played a very high attacking line, and his average position was just around the attacking third. 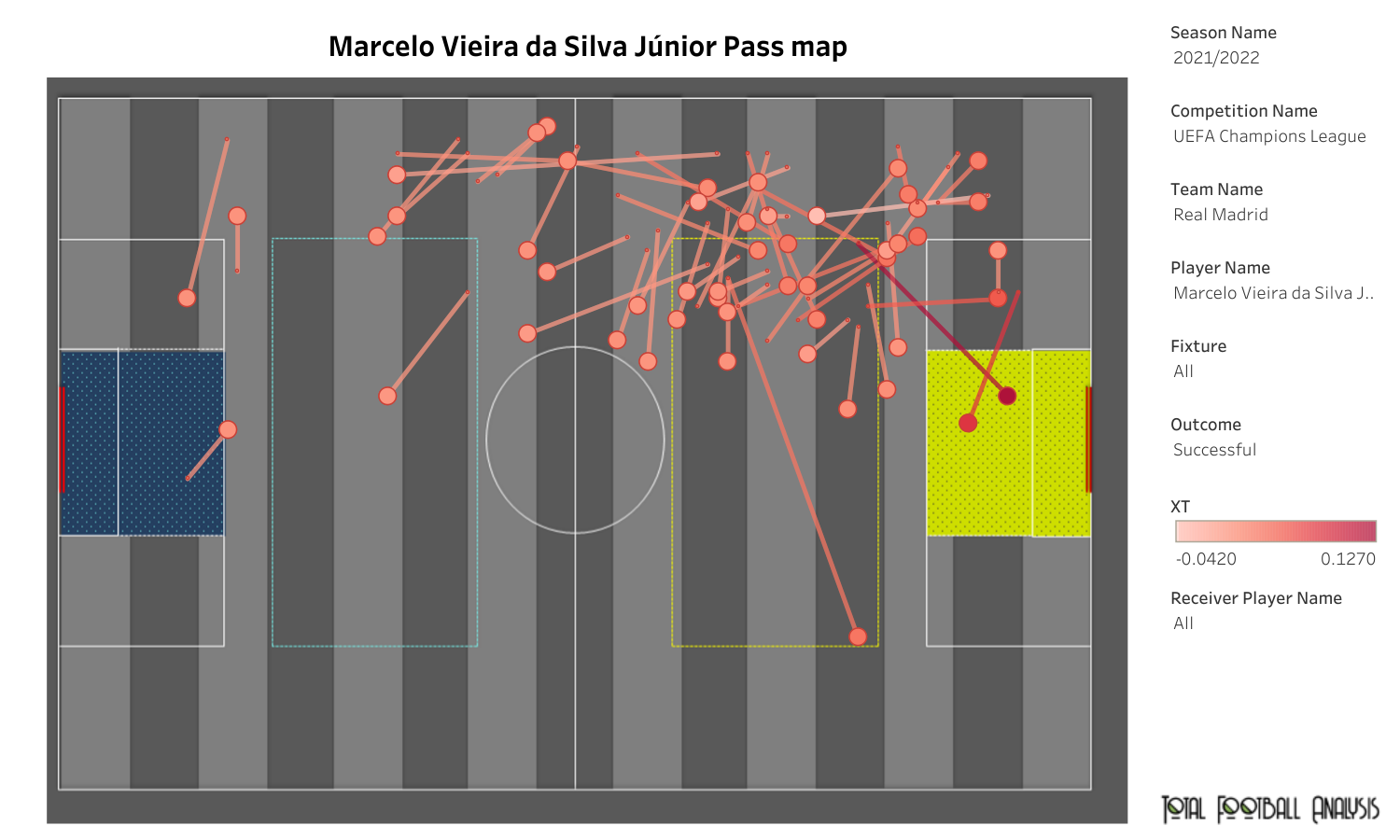 Marcelo attempted 62 passes last season with an accuracy rate of 83.87%. The above viz shows the successful passes that were attempted by the left-back last season. It can be observed that most of the passes were attempted from inside the opposition’s half. These passes included two crosses, smart passes, and through passes each. The full-back directed most of his passes towards striker Karim Benzema (15). His ten passes were towards Vinicius Jr., who operated on the left side.

The 34-year-old was involved in only 10.83 defensive actions per 90 minutes and had a very high success rate of 92.31%. These included 3.33 defensive duels, 3.33 aerial duels, and 1.67 loose ball duels. However, despite failing to win his defensive duels, he won 25% of aerial duels and 50% of loose ball duels. Marcelo made nine interceptions and averaged 7.5 interceptions per 90 minutes.

Marcelo has made limited appearances in the last few seasons. AC Milan have Theo Hernández and Fodé Ballo-Touré in the full-back positions. However, the manager is looking to add the experience of the full-back to their ranks. He would bring his leadership skills and winning mentality to the club. The Real Madrid legend could well end up playing for AC Milan.