AC Milan have impressed with their performances in Serie A and are giving close competition to their rivals, Inter Milan, in the race for the Scudetto. They are aiming for a successful campaign this season and will also look to strengthen their squad for next season. For this, the management has shifted its focus towards signing some of the top players as well as young talents who have shown some impressive performances for their teams. One of the players that has emerged as a target for the Rossoneri is Salzburg midfielder Luka Sucic. The 19-year-old is one of the hottest properties in the transfer market. He is on the transfer radar of other European clubs, and Milan will face competition for the signing of the player. Here are some of the stats that will show why teams are monitoring the young Croat. 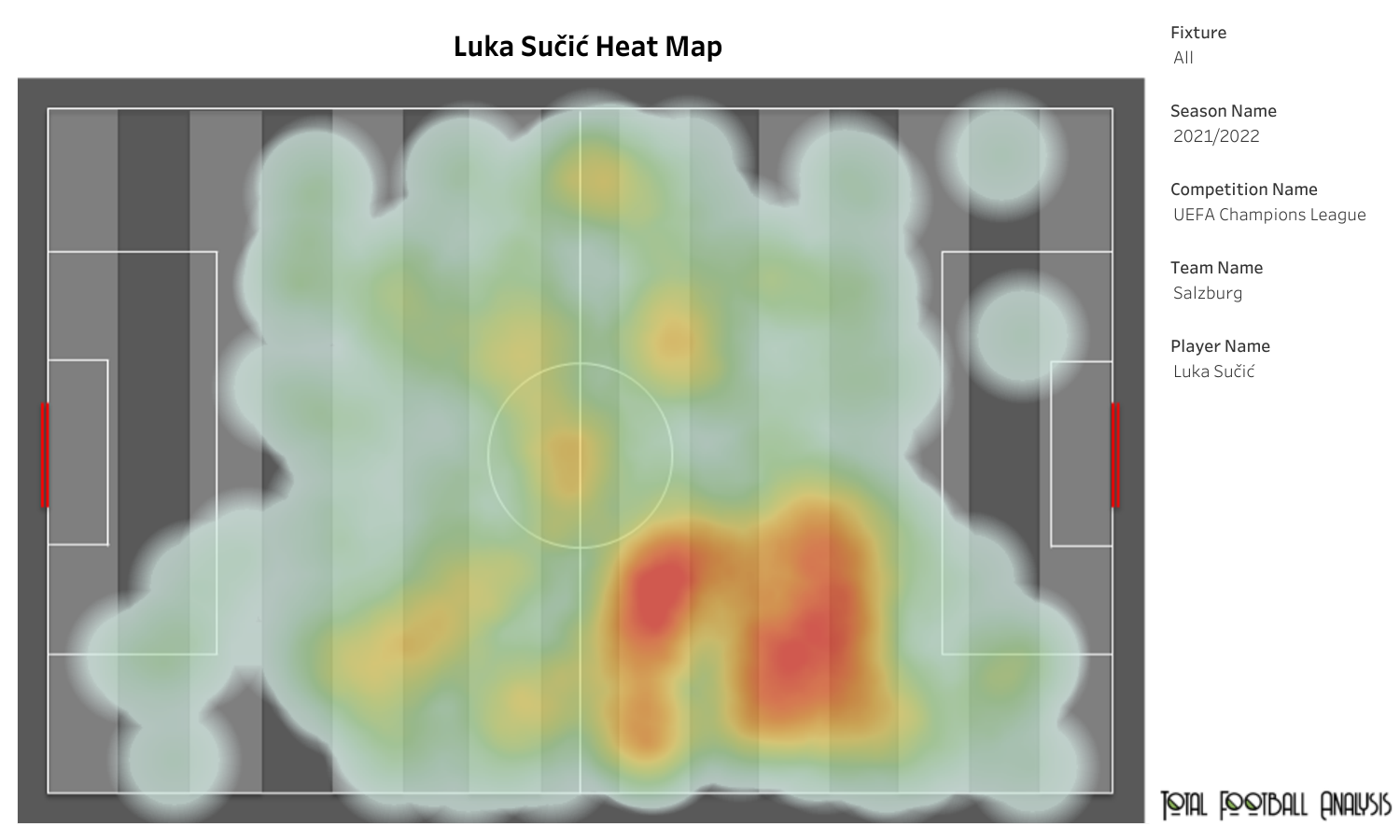 Luka Sucic made ten appearances for the Austrian club in the UEFA Champions League this season. He features in the midfield and usually plays towards the right side. Sucic started in eight matches and came off the bench in the other two. He scored a goal in the competition and that was from the penalty spot. The midfielder has also taken eight touches inside the opposition’s penalty box. 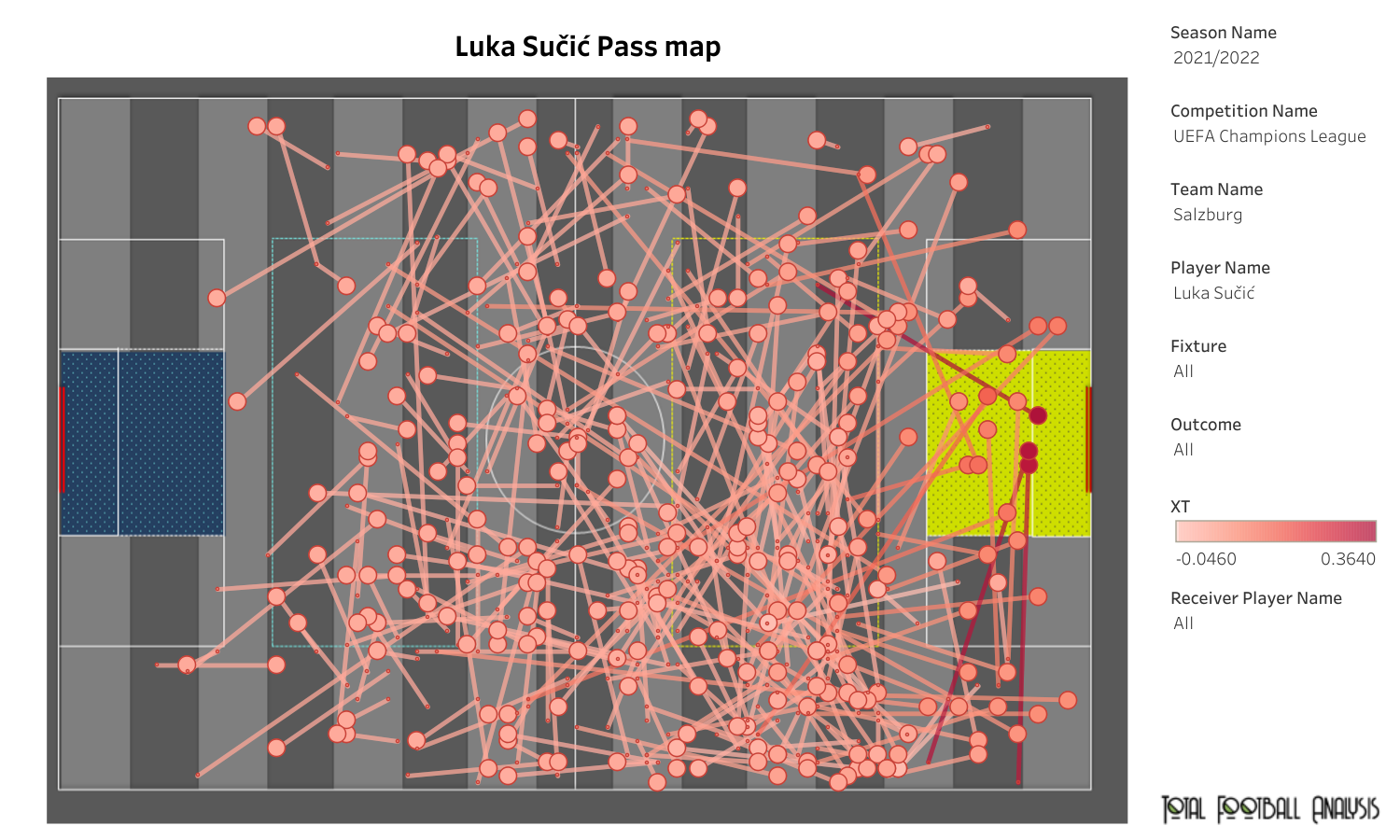 The above viz shows all the 285 passes attempted by the player in this campaign. Of these 285 passes, 22 have landed inside the opposition’s penalty box, and three passes that have landed inside the 6-yard box have created the highest threats. These 285 passes include six crosses, 22 long passes, eight smart passes, and 11 through passes. Most of the passes have been sideways, and he has shared the most passes with fellow midfielder Mohamed Camara. 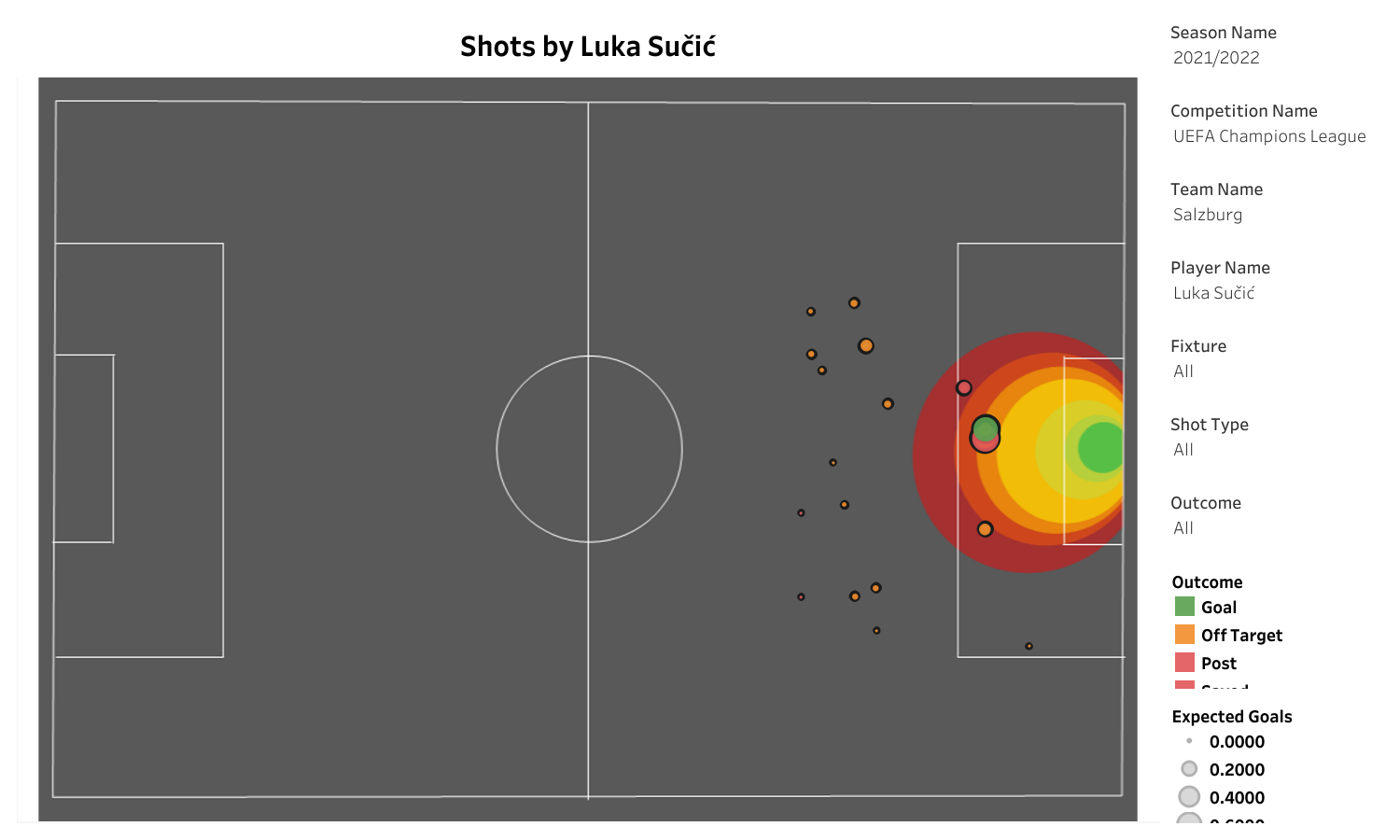 The above viz shows all the 19 shots attempted by the midfielder this season. Sucic managed to hit the target four times and converted one chance from the penalty spot. Of the 19 shots, 14 were attempted from outside the opposition’s penalty box. His overall xG rate in the UEFA Champions League was 2.27. 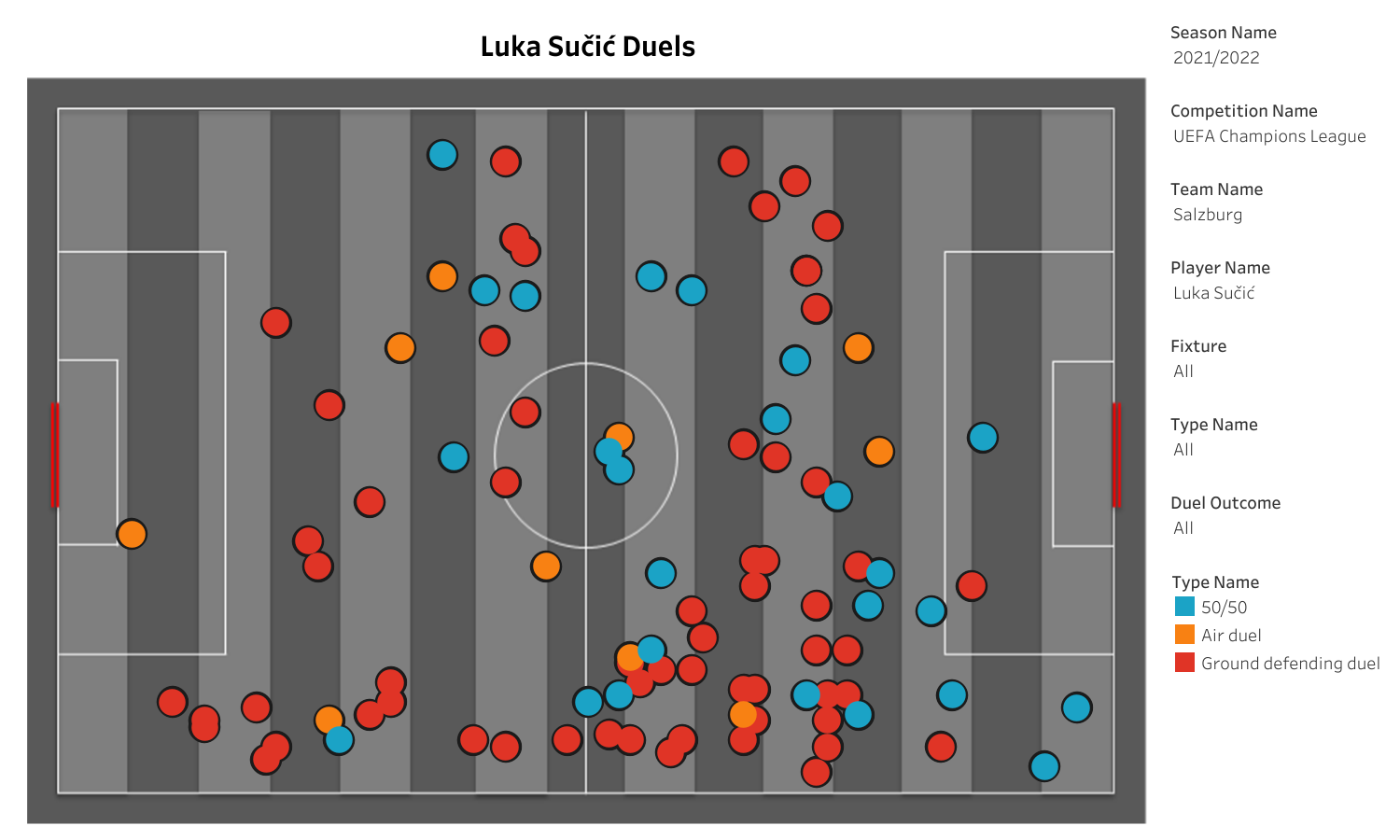 Luka Sucic has also contested a few duels for his team. He is involved in both attacking and defensive plays. The player has contested most of the duels towards the right side, and most of them have been defensive duels. More than half of the duels have been contested inside the opposition’s half. His other defensive contributions included 37 recoveries, and 24 were made inside the opposition’s half. Along with this, he also made 18 interceptions.

With Franck Kessie likely to depart in the summer, the Italian club will look to replace the midfielder. They are targeting youngsters who could become future leaders in the team. Luka Sucic is also on the radar of other clubs, and AC Milan will face tough competition to acquire the services of the youngster.