AC Milan are looking to boost their midfield and find a possible replacement for the departing Franck Kessie. They are looking for the best alternatives, and one name that has recently emerged as a target for the Rossoneri is former Napoli midfielder, Jorginho. Jorginho is currently playing for English Premier League side Chelsea, and the Blues are the defending UEFA Champions League champions. When Maurizio Sarri was appointed as Chelsea manager in 2018, the Italian took Jorginho along with him to London. Since then, Jorginho has been ever-present in Chelsea’s midfield. 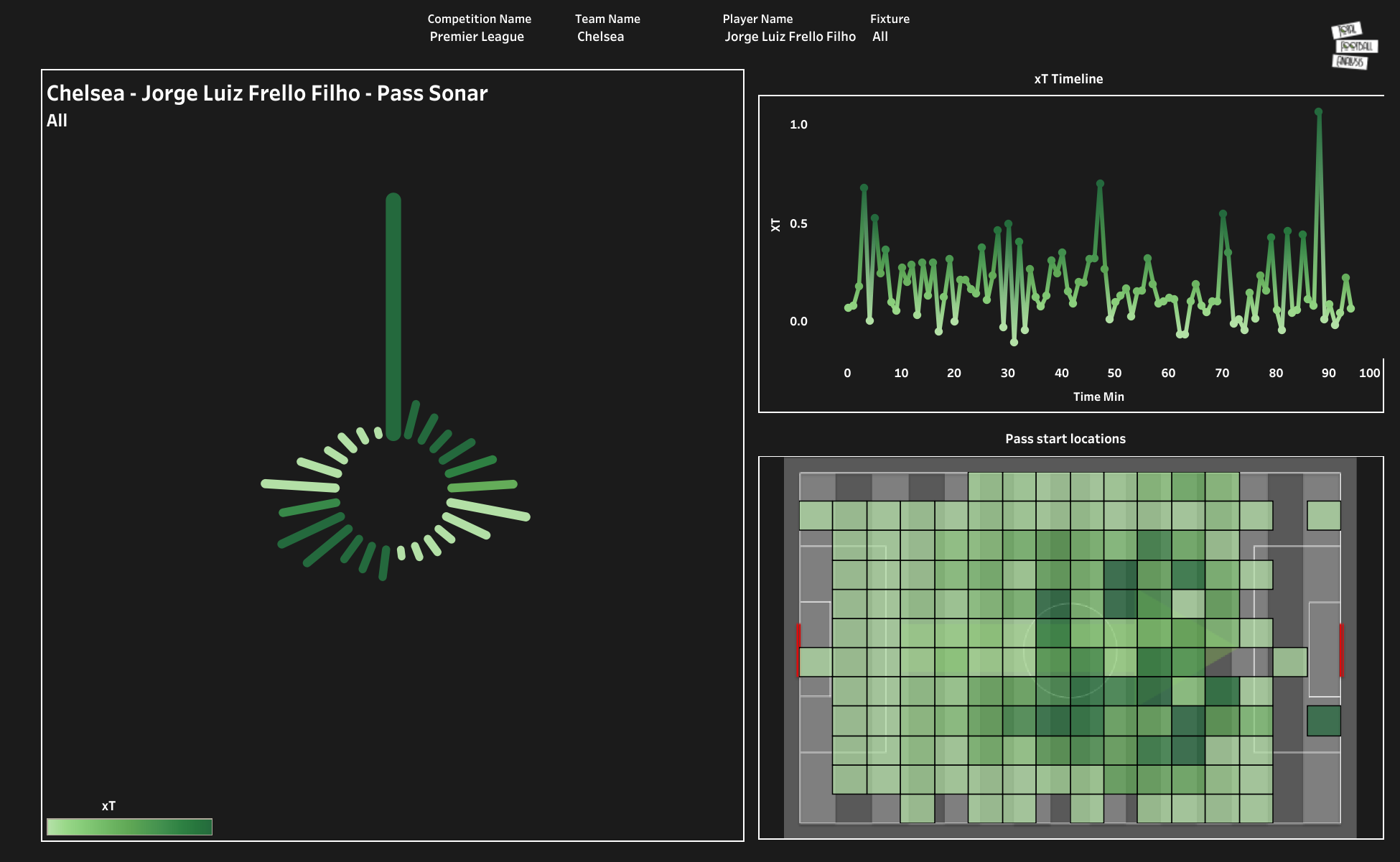 Jorginho plays a deeper role in the midfield and provides defensive cover for the defensive line. He likes to control the pace of the game and distribute the ball from the midfield. In the above viz, we can see that Jorginho has attempted most of his passes from the centre. He has provided two assists this season. Jorginho is not a crosser of the ball, and his passes are usually the simple ones. The Italian international has attempted most of his passes towards the defenders. The highest threat from passes is created from passes attempted towards Kai Havertz. 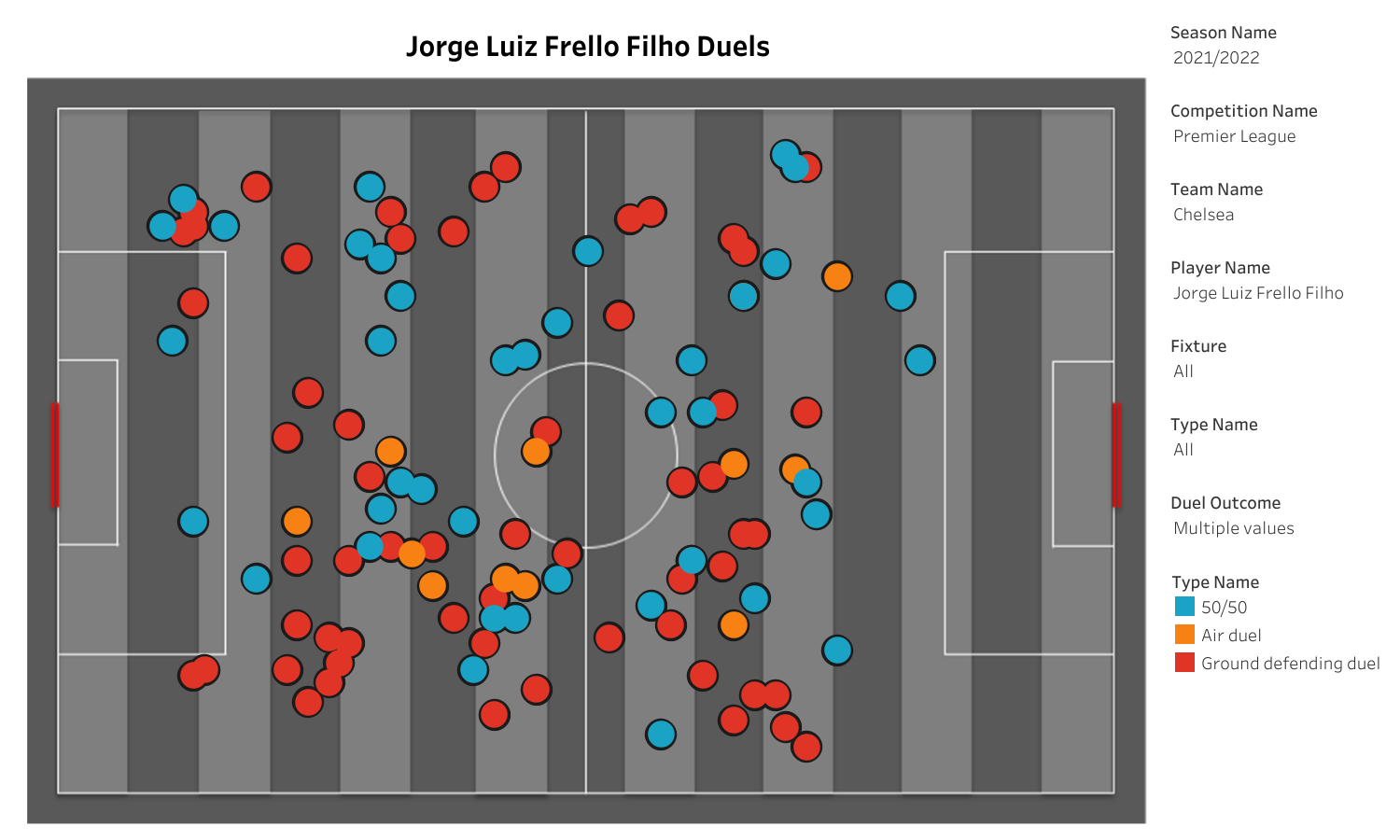 The above viz shows all the defensive duels, loose ball duels (50/50), and aerial duels that the player won or ended in a neutral result. Jorginho has managed to win most of his duels in the middle third. He has won more defensive duels, followed by loose ball duels, and then the aerial duels. Jorginho is not strong in the air but has managed to win 11 duels. 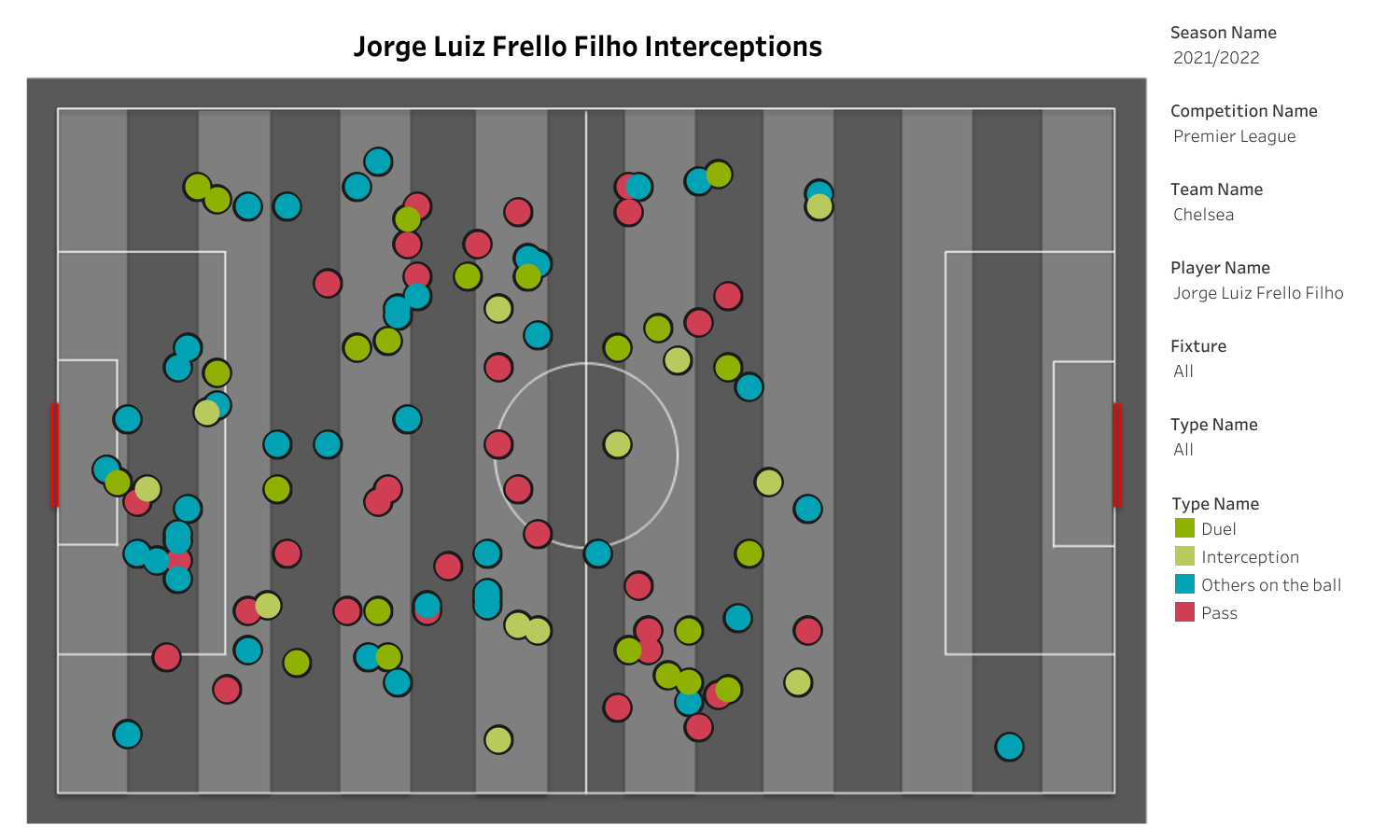 One of the important tasks for Jorginho in the team is to break the opposition’s play. He has made 110 interceptions this season, and ten were in one of the matches against Liverpool. From the above viz, we can see that most of the interceptions were made when other players were on the ball and while intercepting the passes of the opposition player.

Jorginho has also made a few recoveries this season. His overall count for recoveries has been 182, and 76 of them were made inside the opposition’s half. Jorginho is also active on penalty duties for the Blues. He has found the back of the net on six occasions, all of them from the penalty spot. Overall, the player attempted 13 shots, and eight of them were on target.

Jorginho has been one of the best midfielders in recent seasons. He has scored goals from the penalty spot and has strengthened the midfield of Chelsea and the Italian national team. The 30-year-old midfielder could be a great addition in place of Franck Kessie. He has already played in Serie A and could prove to be handy. However, there will be doubts about whether Chelsea wants to sell him or keep him as he is a crucial player for the Blues.