AC Milan are looking for a player who could solve their right-wing issues and give a new dynamic to their attack. One of the targets identified by the Rossoneri is Watford winger Ismaila Sarr. The Senegalese international is expected to leave the relegation-threatened team by the end of the season and look for new challenges in the months ahead. AC Milan is not the only team that is monitoring the situation of the youngster. They will face a challenge from the likes of Liverpool, who have been scouting the 24-year-old since last year. Ismaila Sarr is a speedy winger and has a lot of years ahead of him. Here are some of the stats that will show his performances on the pitch and how he could be handy for the Italian club.

Ismaila Sarr has featured on the right for Watford this season and has made 16 appearances. Injury has kept the youngster out of the other 13 games. Sarr has managed to find the back of the net on five occasions and even has an assist to his name. This is his second season in the English top division, and last time he managed to score five goals along with four assists in 28 appearances. 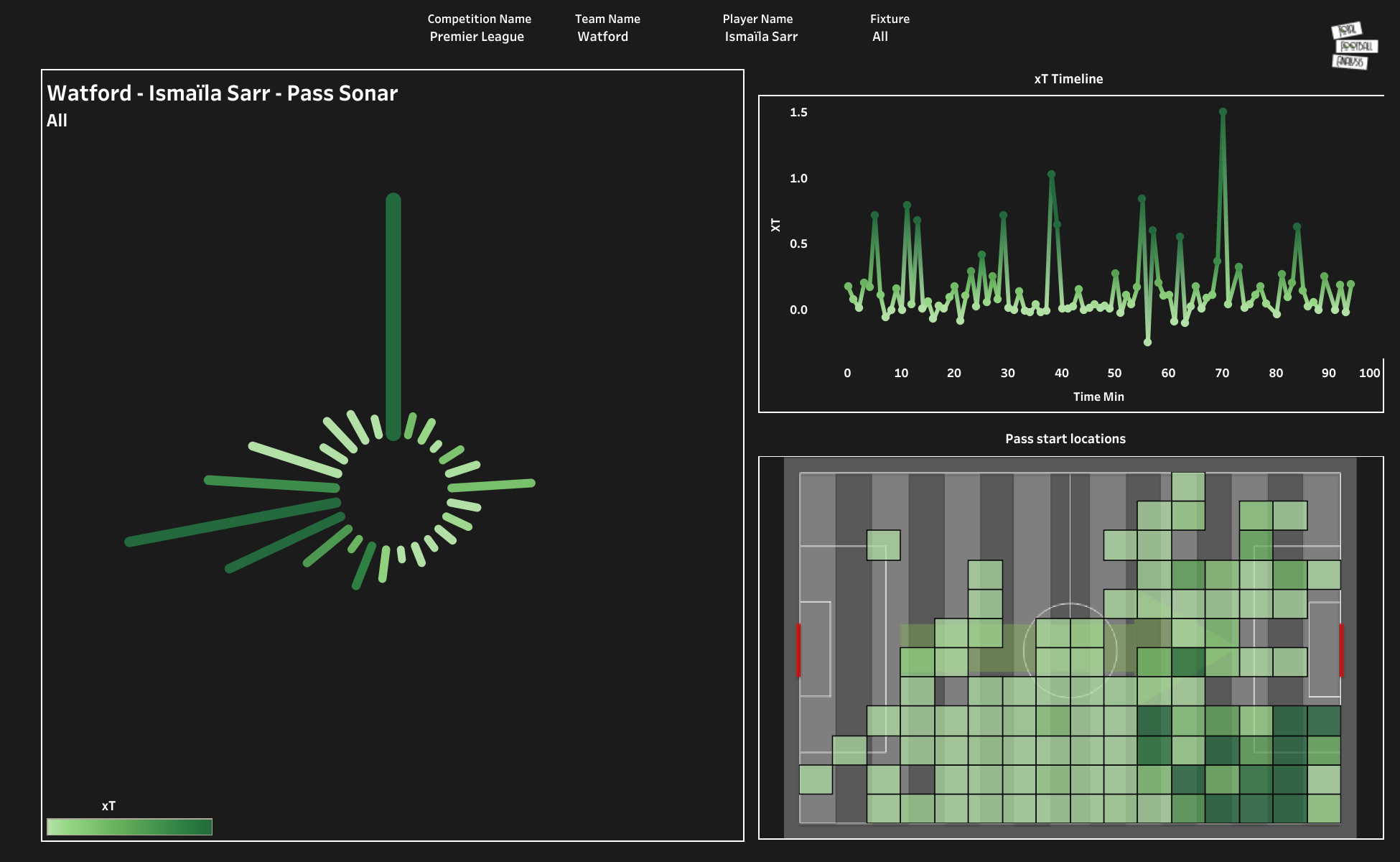 The above viz shows the pass start location as well as the threat created by the winger. We can see that he has created a lot of threats by going wide. From the xT timeline, it can be observed that he creates a lot of threats towards the start of both halves. Overall, he has attempted 347 passes, most of them towards right-back Kiko Femenia. The highest threat is created by the passes towards Emmanuel Dennis. The 347 passes include 60 crosses, five smart passes and through passes each. Along with this, the player has taken 51 touches inside the opposition’s penalty box. 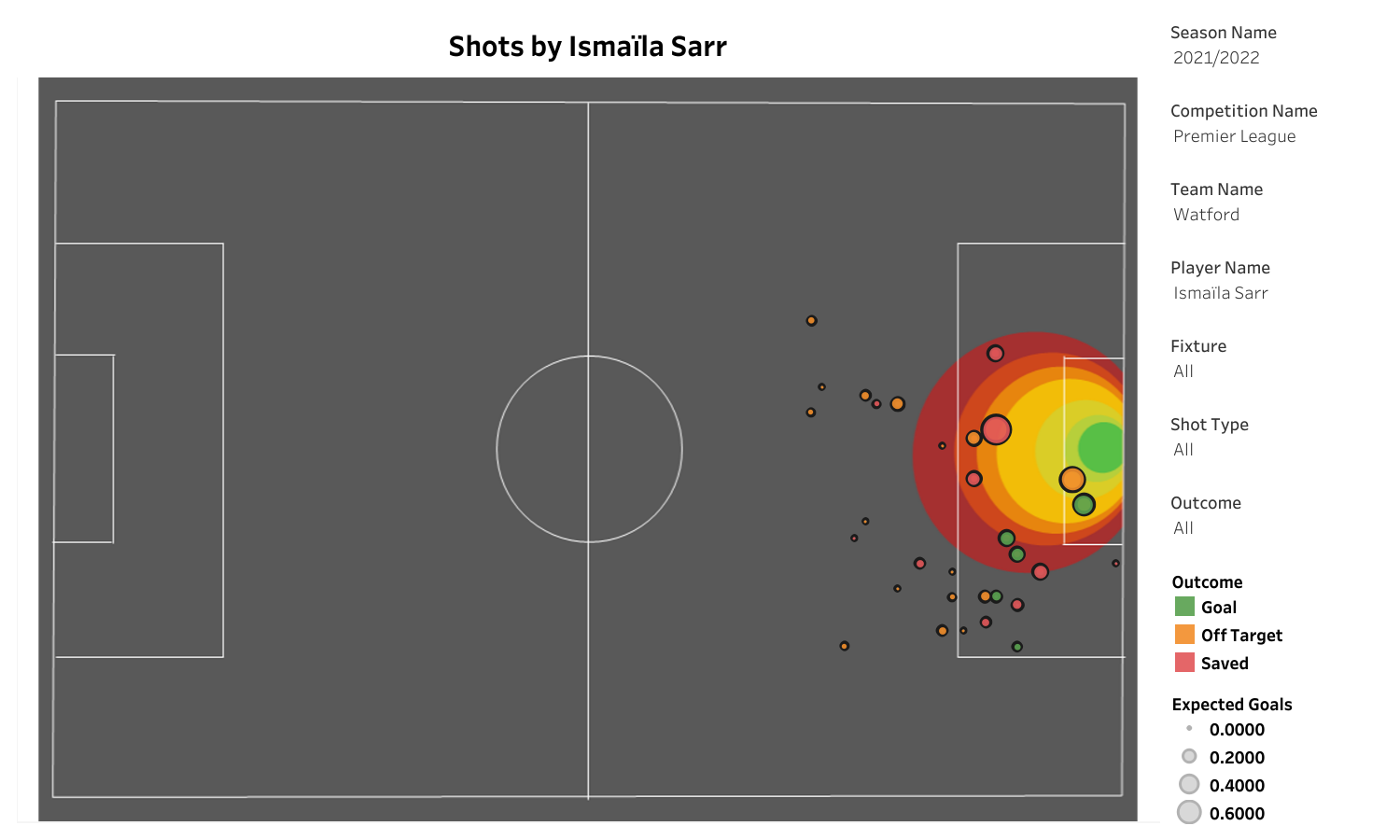 The above viz shows all the shots attempted by the player this season. Ismaila Sarr attempted 31 shots, and 15 of them were on target. All the goals were scored from inside the opposition’s penalty box. Of the 31 shots attempted by him, 16 were attempted from inside the opposition’s penalty box. The overall xG rate of the player is 3.45. Ismaila Sarr has also been a good dribbler of the ball. The pacey winger has attempted 100 dribbles for his side this season.

Ismaila Sarr has been Watford’s main player alongside Emmanuel Dennis. He made some good contributions in their promotion season, but the team hasn’t performed well on their return to the English Premier League. AC Milan needs a right-winger, and the Senegalese could be a great addition to their squad. The Rossoneri could bid for the player if his value is not that high.