Tottenham Hotspur signed Giovani Lo Celso on a permanent deal in January 2020. He spent the first half of the 2020/21 season on loan and then Spurs decided to sign the player. However, the 26-year-old failed to cement his place in the starting XI and is now heading to the exit doors. He is heavily linked with a few European clubs, with AC Milan being one of them. AC Milan desperately need a midfielder after failing to land Renato Sanchez, who was their top priority in the summer.

Lo Celso was signed by PSG in 2016. After winning a league title and two domestic cups with the club, he made a switch to Real Betis in 2019. Lo Celso only spent a few months at the Spanish club and was signed by Tottenham Hotspur. He spent the first season at the club but was sent on loan to the Spanish club, Villareal, last season. Lo Celso was a member of Villareal’s side that reached the semi-final stage of the UEFA Champions League. Some of the stats from the last two seasons show how the player could be a valuable addition to AC Milan’s squad. 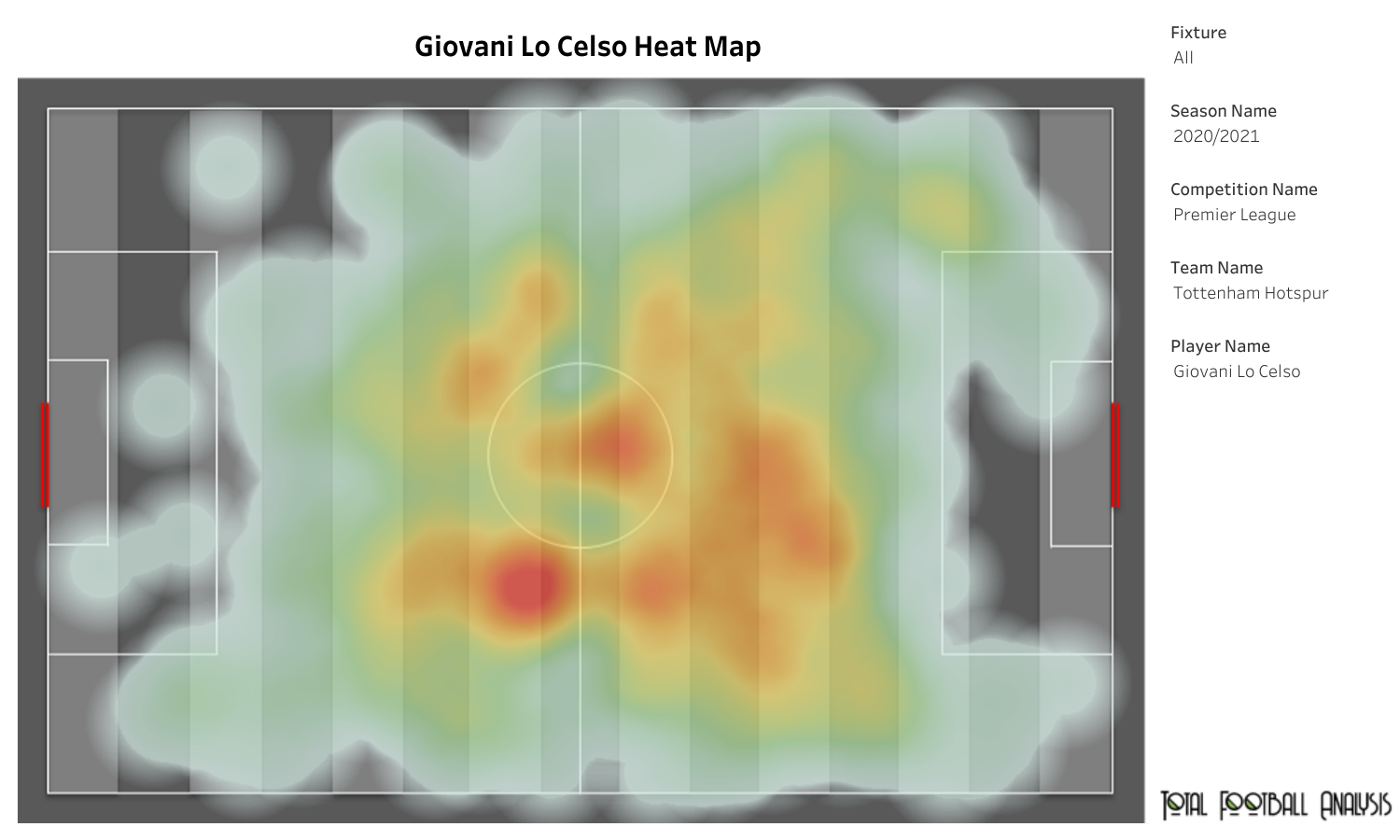 Lo Celso is a box-to-box midfielder who likes to get involved in attacking plays. Last season, he made 41 appearances for Tottenham Hotspur and Villareal. The 26-year-old netted two goals and provided three assists. The above viz shows the heat map of the players from the 2020/21 season. Lo Celso featured in 18 English Premier League games for Spurs. He scored a goal and also provided an assist. The heat map shows that the Argentine played as the left-central midfielder. Franck Kessie played in a similar position for the Rossoneri. However, he made a switch to Barcelona and Milan are still looking for a replacement. Lo Celso can play a similar role and will be handy in the attack.

Last season in the UEFA Champions League, Lo Celso made six appearances. His passing has been a great threat as the midfielder continuously aims to find a teammate inside the opposition’s penalty box. He averaged 33.1 passes per 90 minutes with an accuracy rate of 82.76%. Lo Celso likes to run with the ball and stretch the opposition defence. 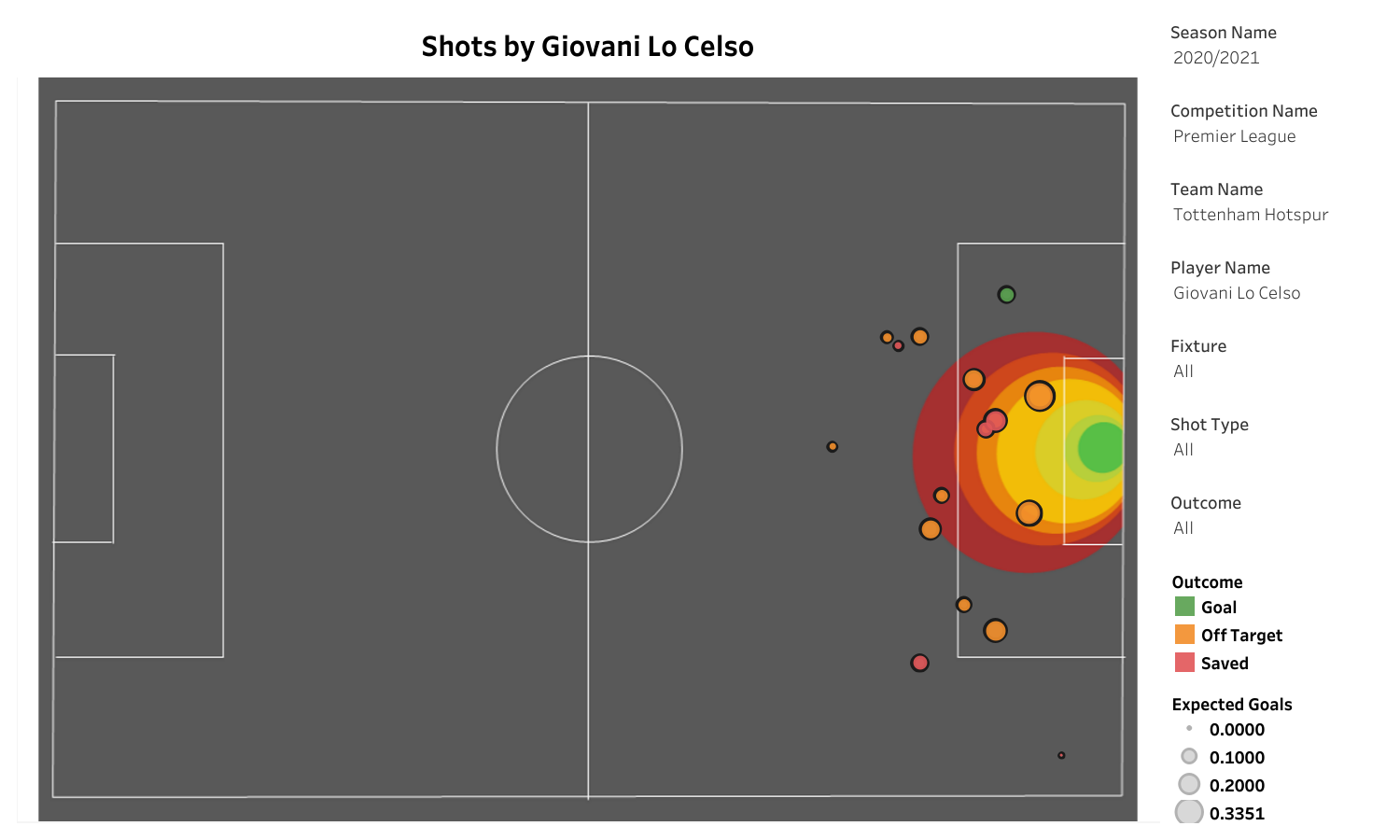 Lo Celso can also attempt a shot or more on the pitch. In the 2020/21 season, he averaged 1.4 shots per 90 minutes for the Spurs, with 25% of them being on target. He scored the only goal from inside the opposition’s penalty box. The midfielder also can score some long-range bangers, which makes him a threat towards the opposition goal.

The Argentine might have failed to cement his place in Tottenham’s line-up, but the player possesses quality and has proved to be effective while playing for other teams. AC Milan will look to add him to their ranks and hope that Lo Celso helps them to defend the title and contest the UEFA Champions League.