AC Milan are looking to bolster their defence for the coming season. They were after Dutch defender, Sven Botman, but are facing a lot of competition to sign the player, especially from the English Premier League side, Newcastle United. Now, the Serie A champions are looking for alternatives in case they are unable to sign Botman. One of the players they are targeting is Arsenal defender, Gabriel Magalhães. He joined Arsenal from French side Lille in 2020. The 24-year-old was ever-present in the Gunners’ backline last season and helped Mikel Arteta’s side to fifth position in the league after a poor start to the season. AC Milan will try to defend their title and reach the knockout stages of the UEFA Champions League. They are looking for defenders who can also play with the ball while defending. 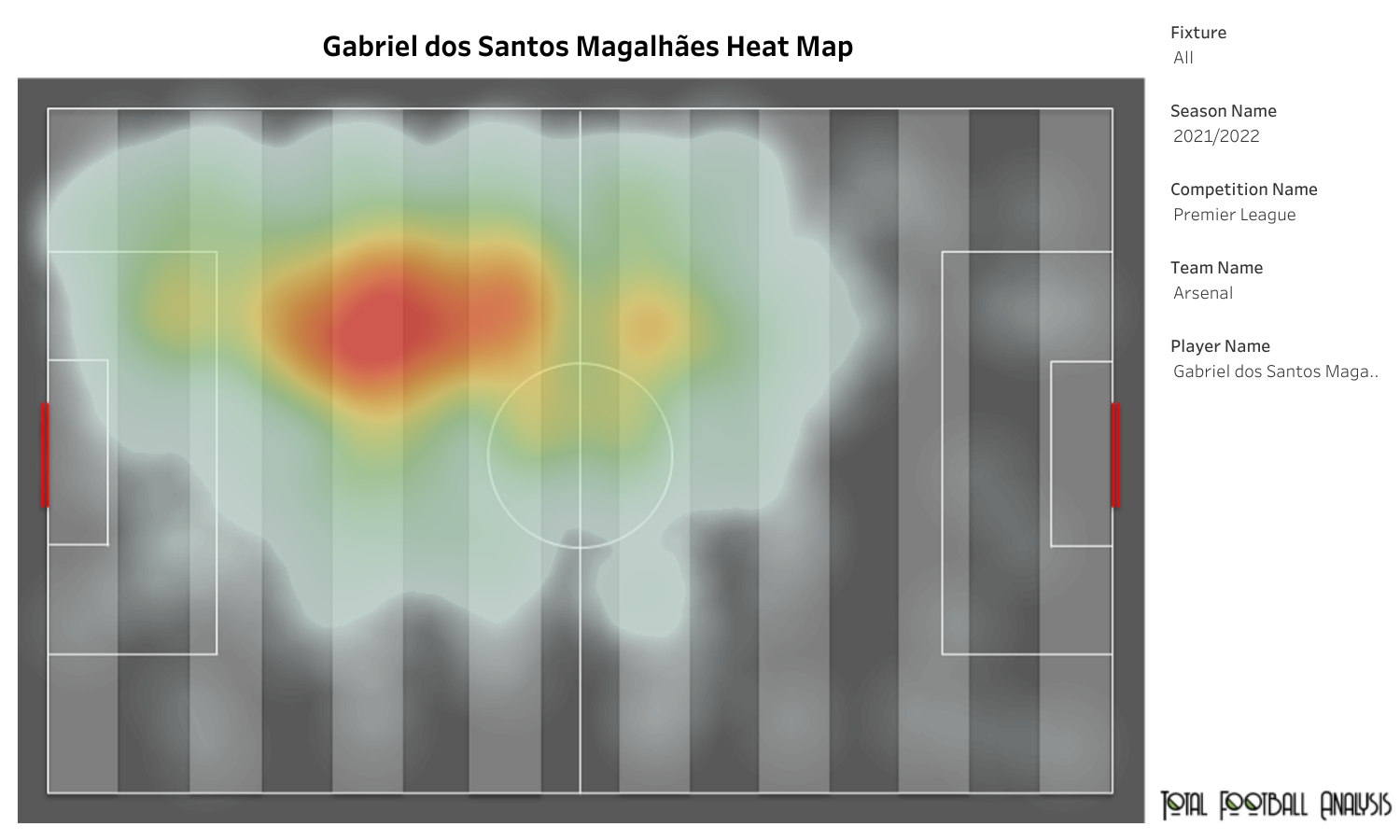 Magalhães featured in 35 league games for the Gunners last season. The player was a threat in the opposition’s penalty box and scored five goals. Arsenal played in a 4-2-3-1 formation, and Magalhães featured as the left centre-back. He helped his side keep 13 clean sheets.

The centre-back created some attacking threats by attempting 26 shots and hitting the target 12 times. He took 36 touches inside the opposition’s penalty box and averaged one touch per 90 minutes.

Magalhães averaged 51.94 passes per 90 minutes and had a high accuracy rate of 91.63%. The 24-year-old averaged 5.51 passes into the attacking third with an accuracy rate of 75.86%. This shows that the player can pass the ball to his teammates and help them build the attack from the back. 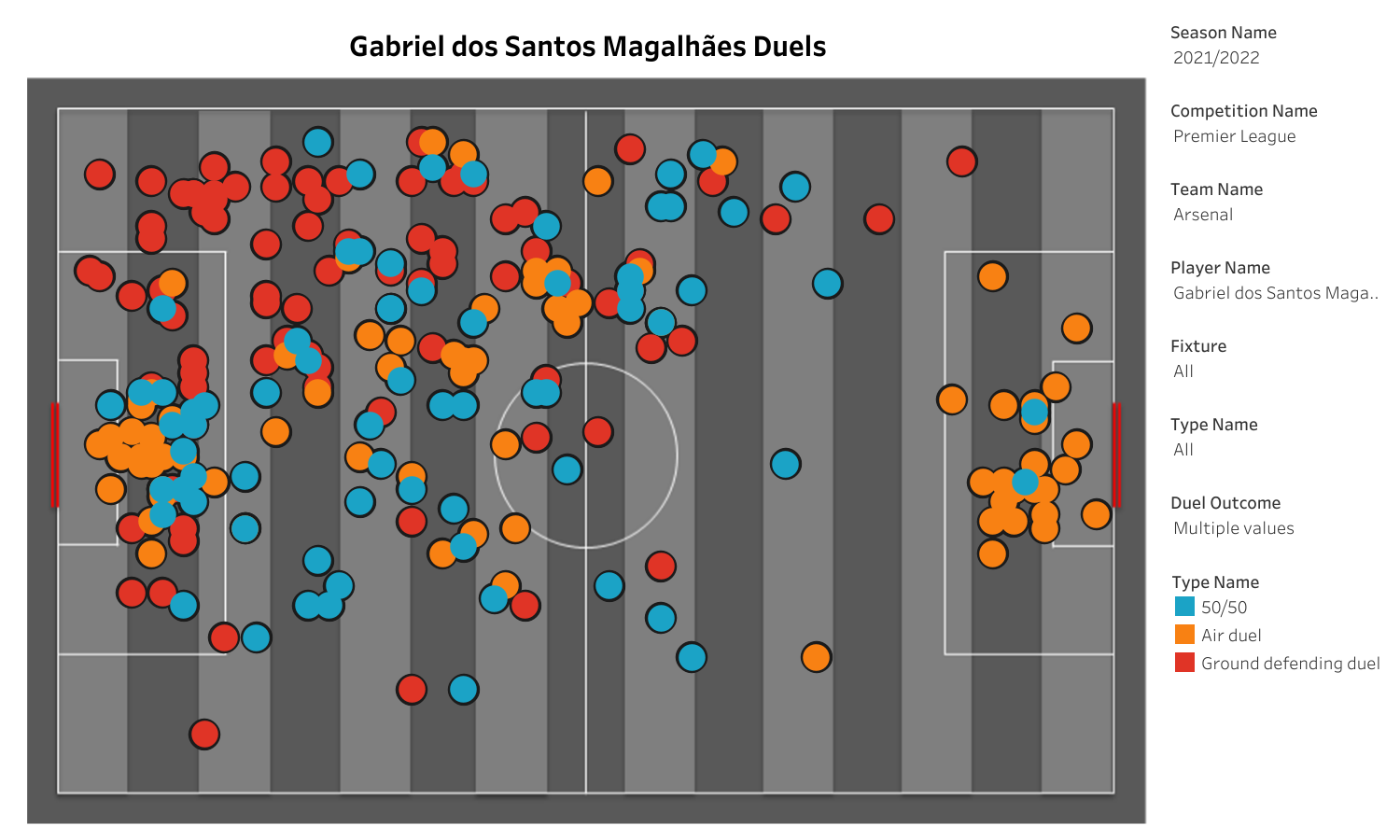 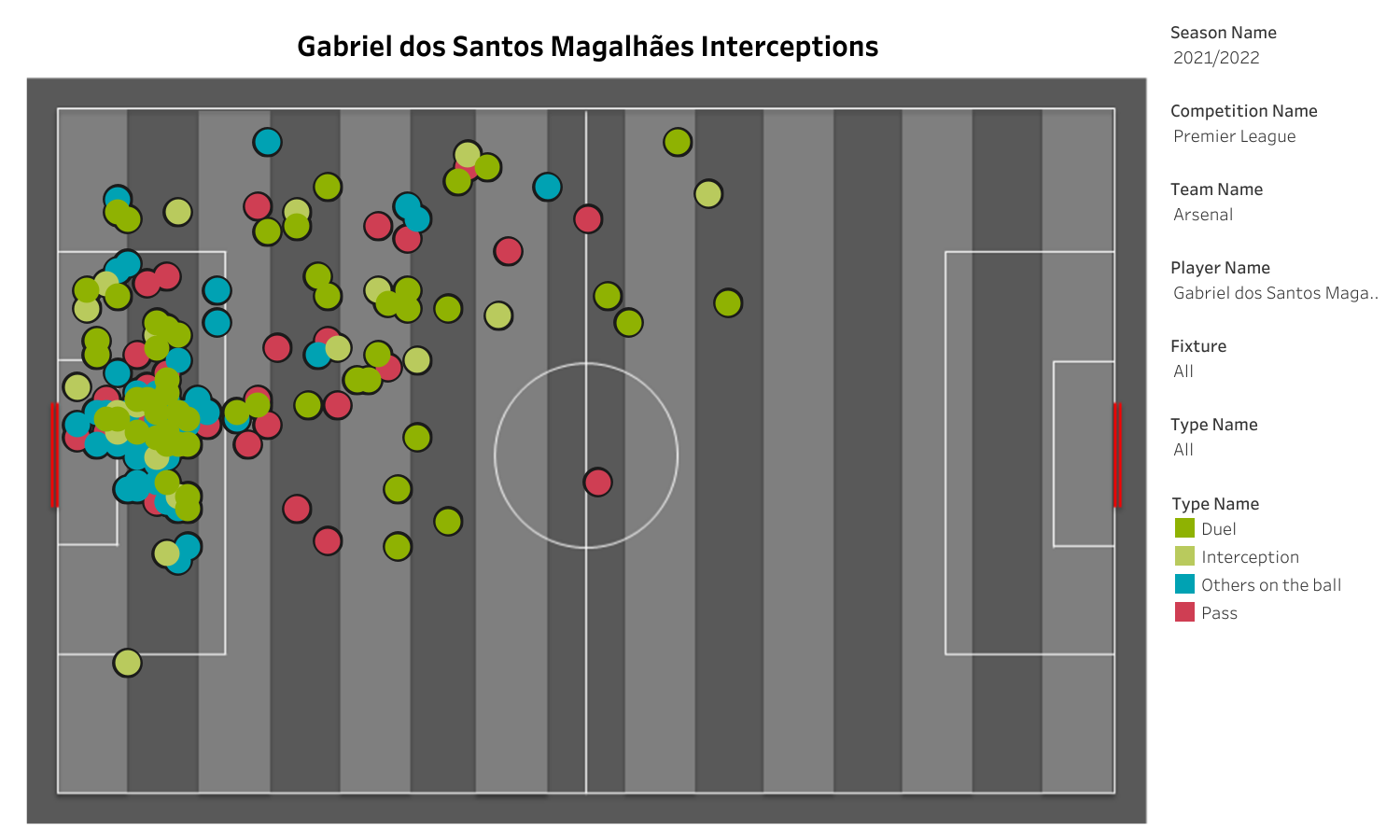 The defender is on the wishlist of a few other European clubs as well. He is getting offers from clubs that are going to play in the UEFA Champions League. Gabriel Magalhães might join a new club if Arsenal receive a good price for him. AC Milan will look to battle rival clubs for the signing of the player.