AC Milan are leading the Serie A table and have a chance to win the title after an 11-year wait. The Italian side struggled in the UEFA Champions League this season, but have been consistent in the league. However, the Rossoneri have some defensive problems as Alessio Romagnoli is struggling with injuries, and Simon Kjaer is out for the rest of the season. Stefano Pioli has found the solution for this problem, and his team has recently seen a new centre-back pairing of Fikayo Tomori and Pierre Kalulu. The youngsters have been the key reason behind their recent rise in the league and have a lot of potential. 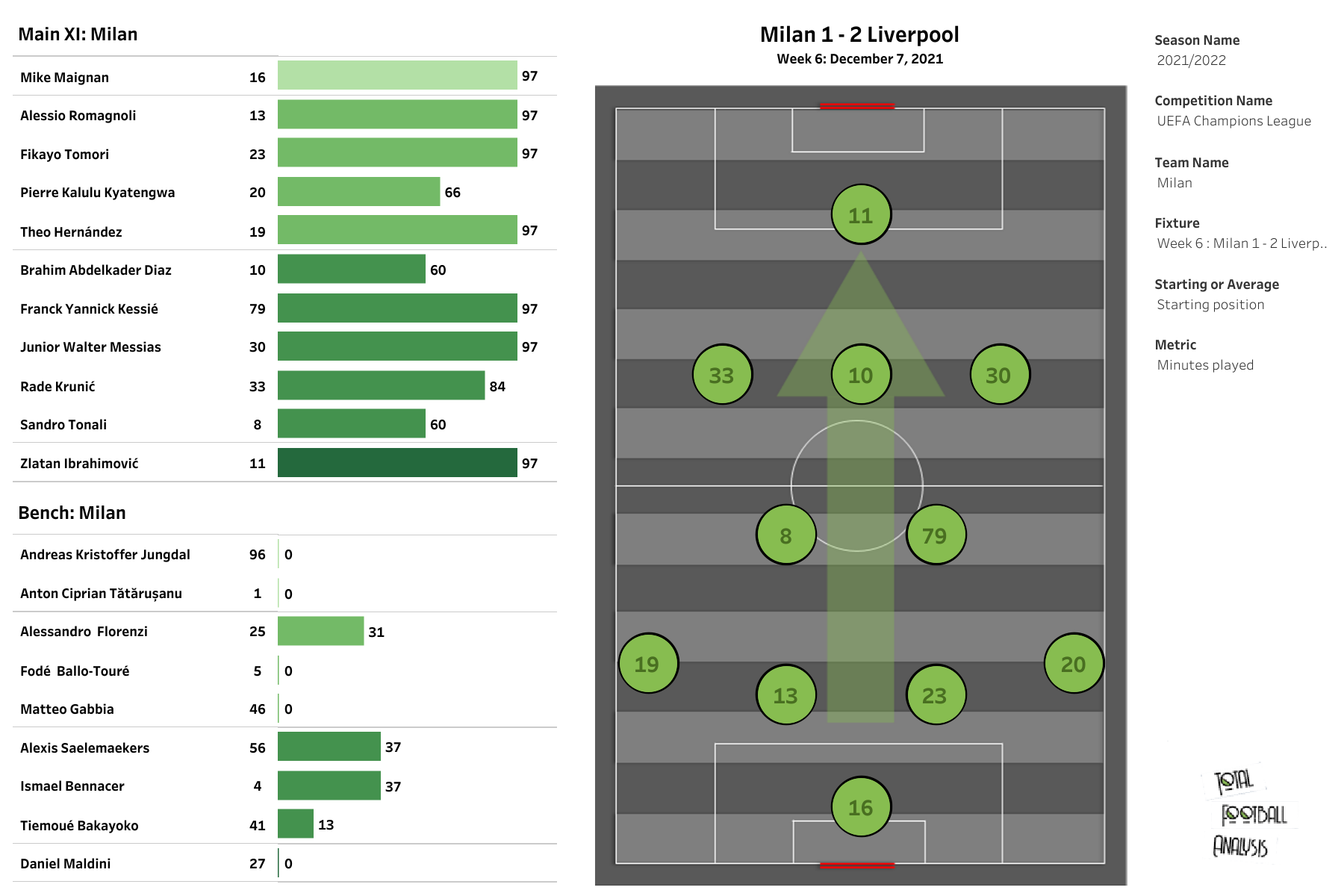 The two players featured in AC Milan’s last group stage match against Liverpool. Pierre Kalulu played in his natural role of right-back, and Tomori played in the right centre-back role. Both these players have recently featured as the two centre-backs and have helped their side to get success in recent games.

Fikayo Tomori has made five appearances for AC Milan in the UEFA Champions League. The centre-back has attempted 197 passes overall, and these included 26 long passes. He has attempted three shots towards the opposition’s goal and scored a goal in the last match against Liverpool. 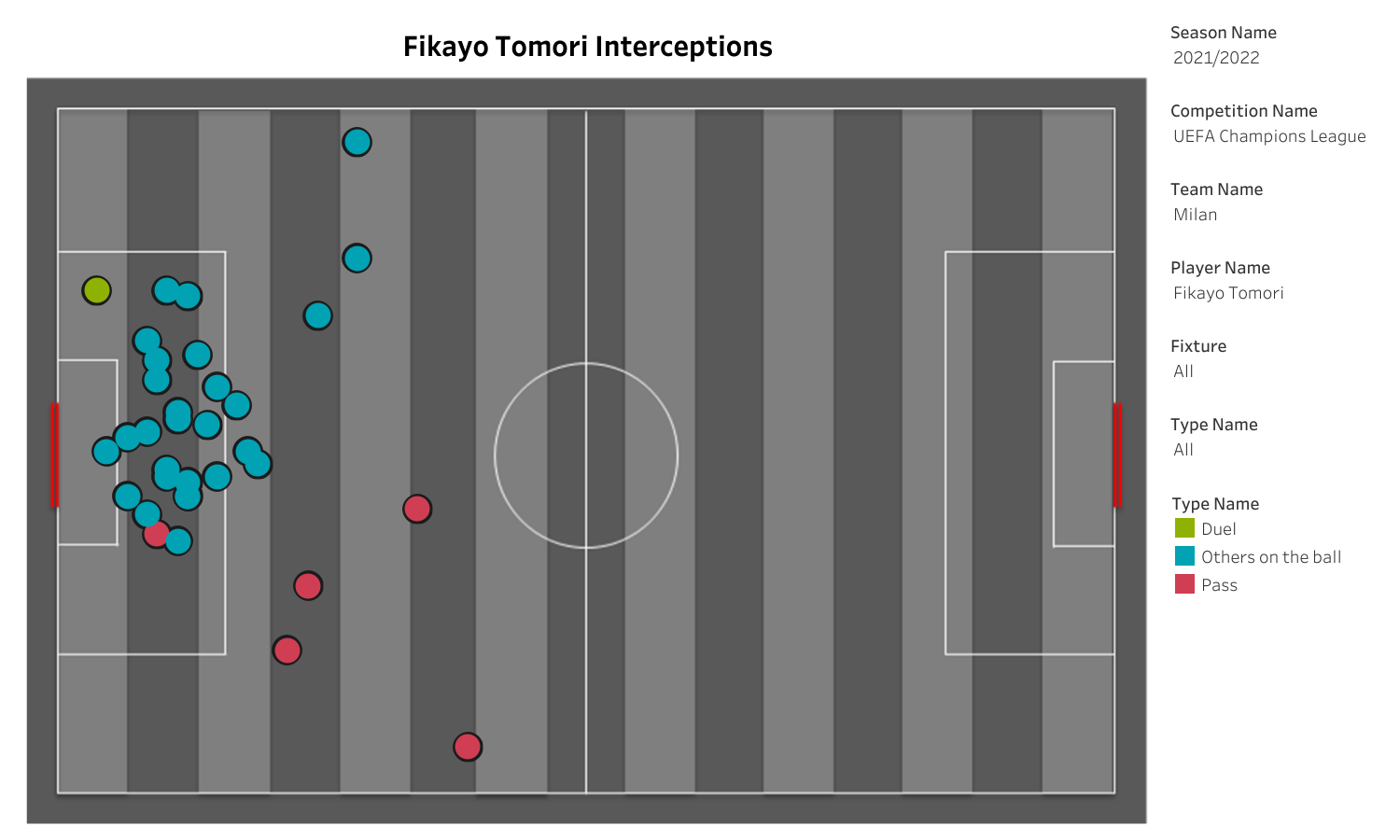 The above map shows all the 34 interceptions by the centre-back this season. Of these 34 interceptions, 28 were made when other players were on the ball. He has won most of his interceptions inside his penalty box. Other than these, Tomori has won 17 defensive duels, seven aerial duels, and five loose ball duels.

Pierre Kalulu also made five appearances for Milan, three of them off the bench. He has featured in the preferred right-back role. The player attempted 81 passes, and ten of them were towards Sandro Tonali. Kalulu even attempted two shots with a 100% accuracy rate. 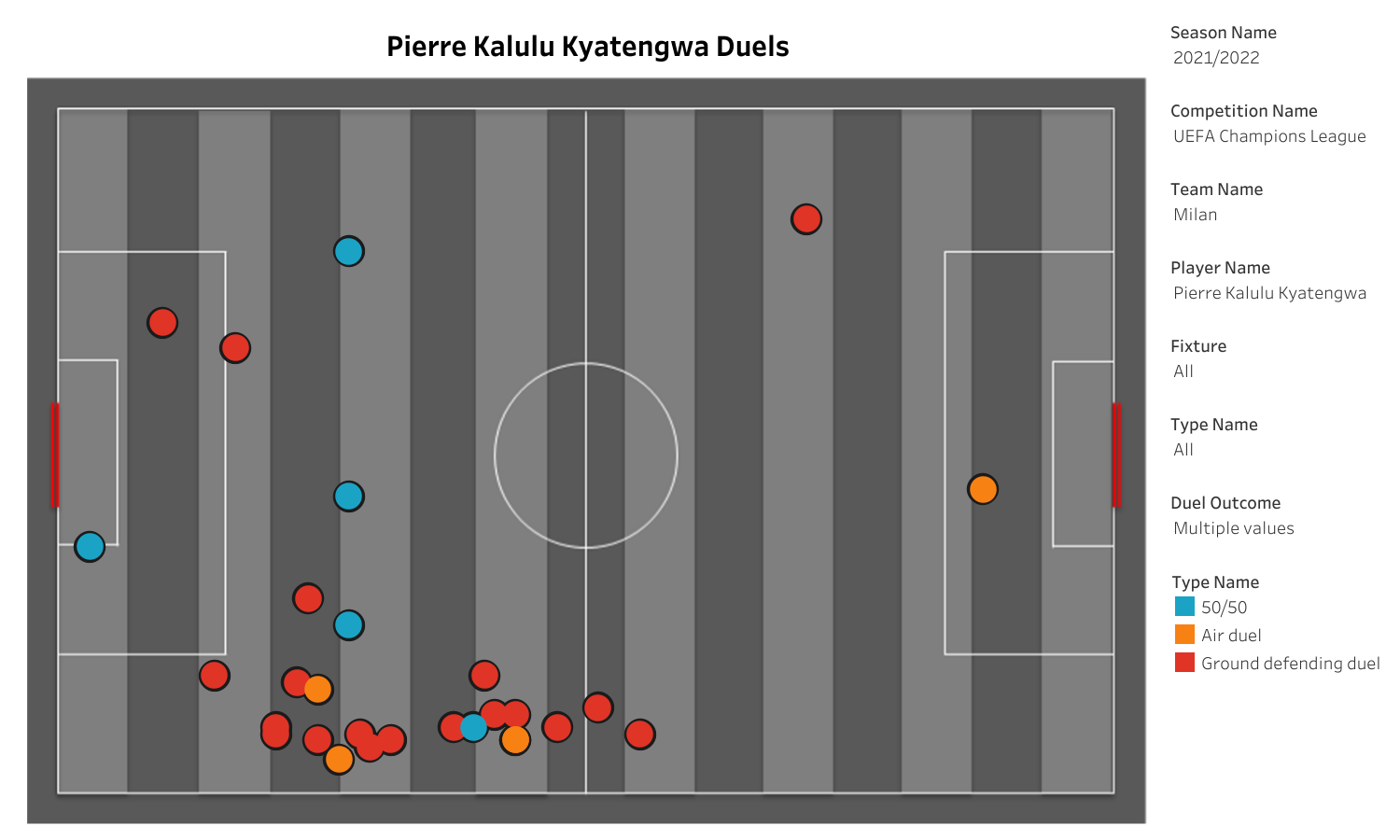 The above viz shows all the duels won by Pierre Kalulu this season. He won 19 defensive duels, four aerial duels, and five loose ball duels. Of these 28 duels, he won four inside the opposition’s half. Kalulu managed to win an aerial duel inside the opposition’s penalty box. The defender has also made 14 interceptions so far. Of these 14 interceptions, nine were made when other players were on the ball, one while contesting a duel, and four were intercepted passes.

Both these players possess a lot of threats in the air and are crucial targets inside the box during set-piece situations. They have kept a clean sheet in their last two league games, and this has helped their side to take the lead in the Serie A table. The manager will rely on these two young shoulders to help them win the title once again.