AC Milan’s pursuit to sign a player continues as the Italian champions continue their search for quality players for their title-defence season. They have signed Divock Origi from Liverpool but have failed to land a defensive target. Sven Botman was their long-term target, but the defender joined Newcastle United. Now, the Rossoneri have set their eyes on other defenders, and their most recent target has emerged as Manchester United’s outcast, Eric Bailly. The Ivory Coast defender has struggled with injuries throughout his United career, and he will be looking for a fresh start away from England. Bailly likes to make strong challenges and is good with the ball at his feet. He would add more depth to the squad and could play a crucial role in their UEFA Champions League campaign next season. 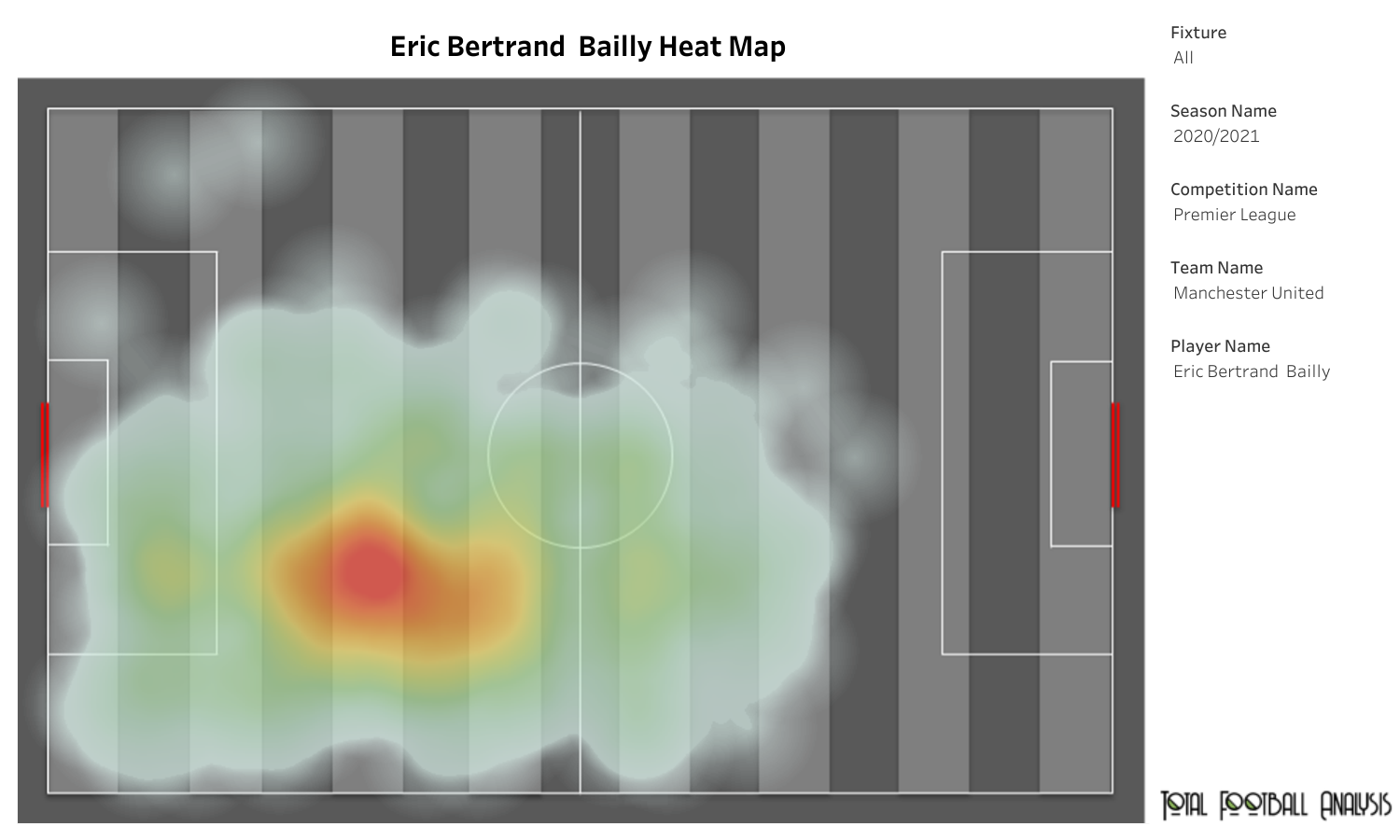 Bailly was signed in 2016 from Villareal and has only made 70 English Premier League appearances for the Red Devils. He has struggled with injuries and failed to cement a regular place in the starting XI. Last season, he made only seven appearances in all competitions for Manchester United. The above viz shows the heat map of the player in 12 English Premier League appearances in the 2020/21 season. Bailly played as a right centre-back for the team. 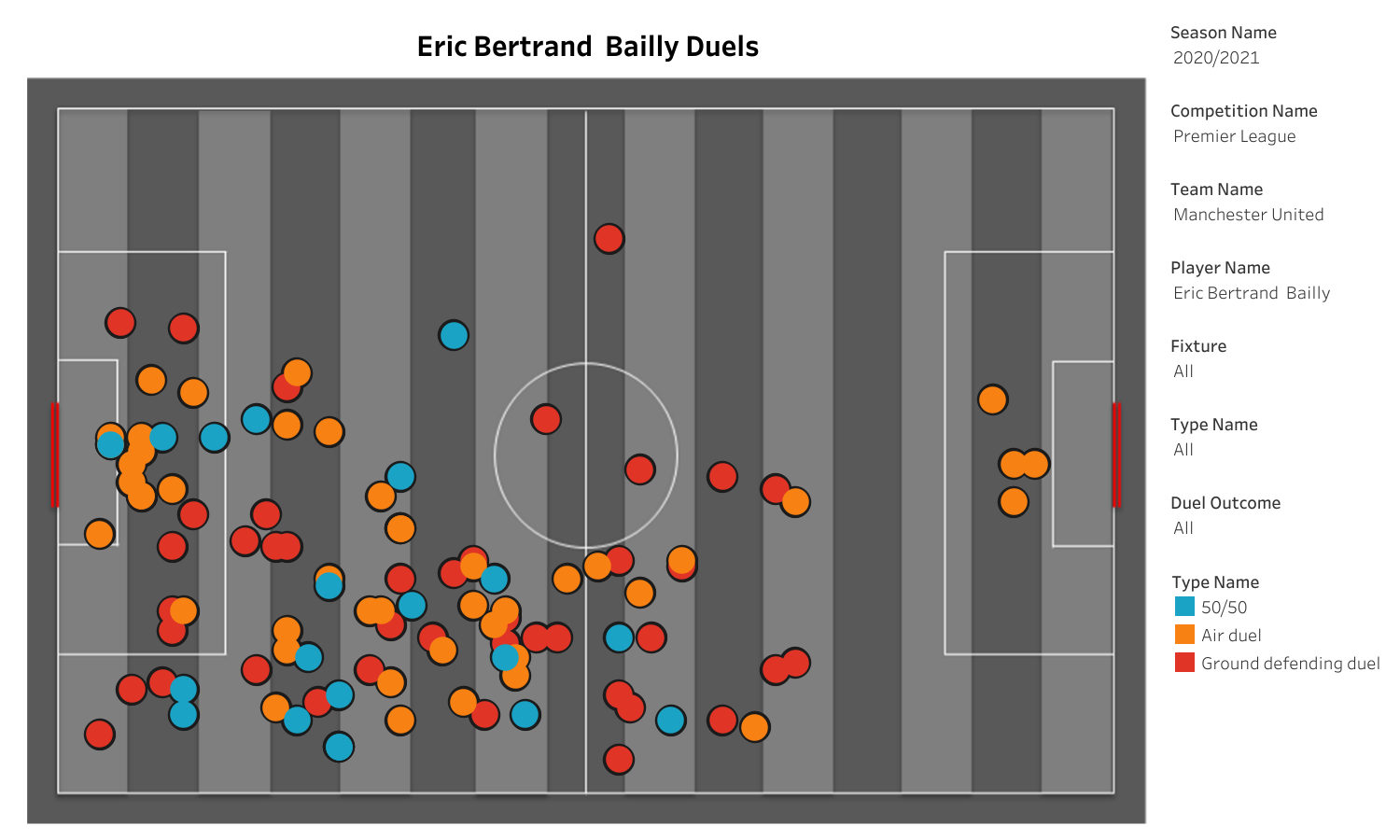 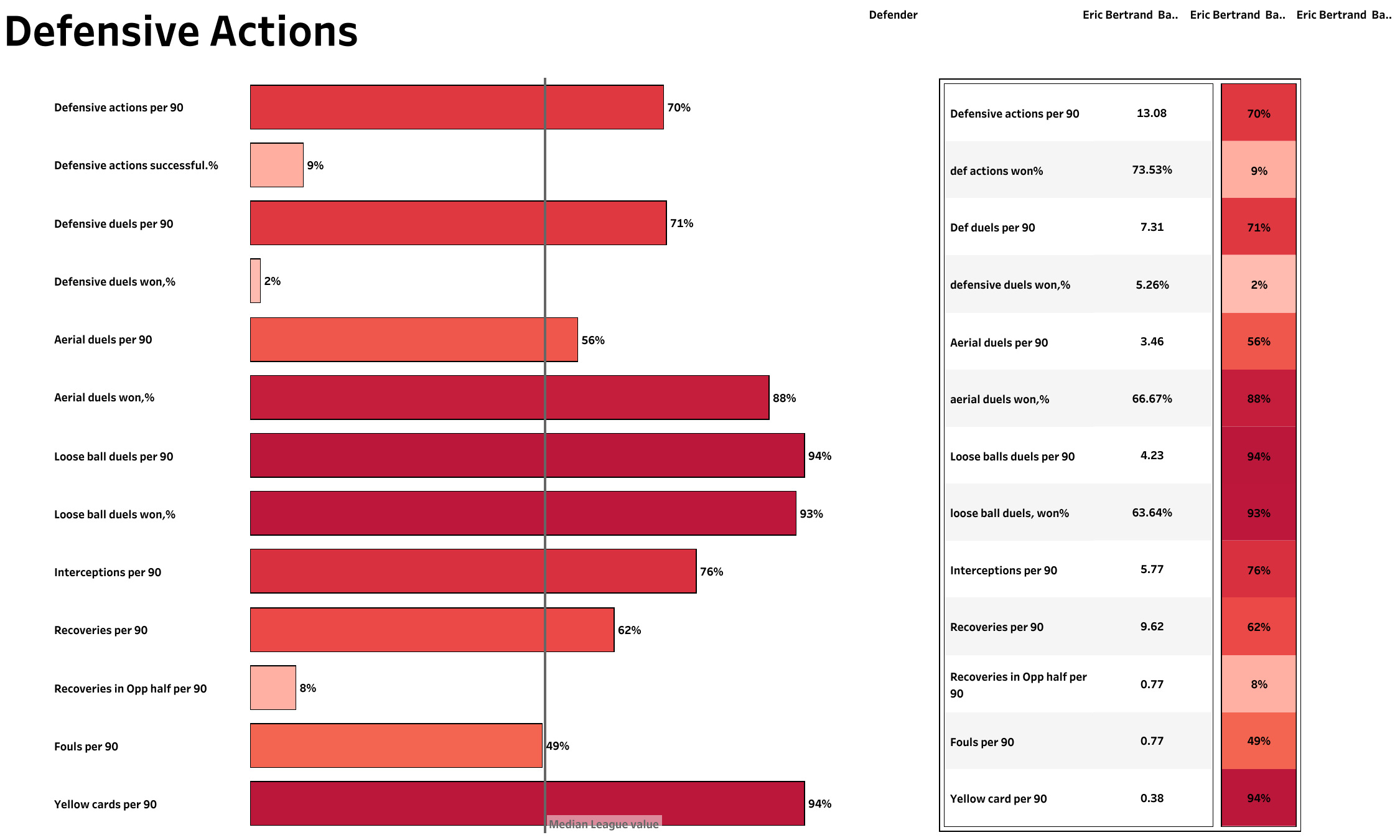 The above viz shows the defensive stats from the last season for the defender. When looking at the above chart, the general rule is that the longer the bar, the better the performance — you can see the league average in the middle, and the % is the percentile rank the player is in. Last season, he was involved in more defensive actions and contested more duels with a high win percentage. 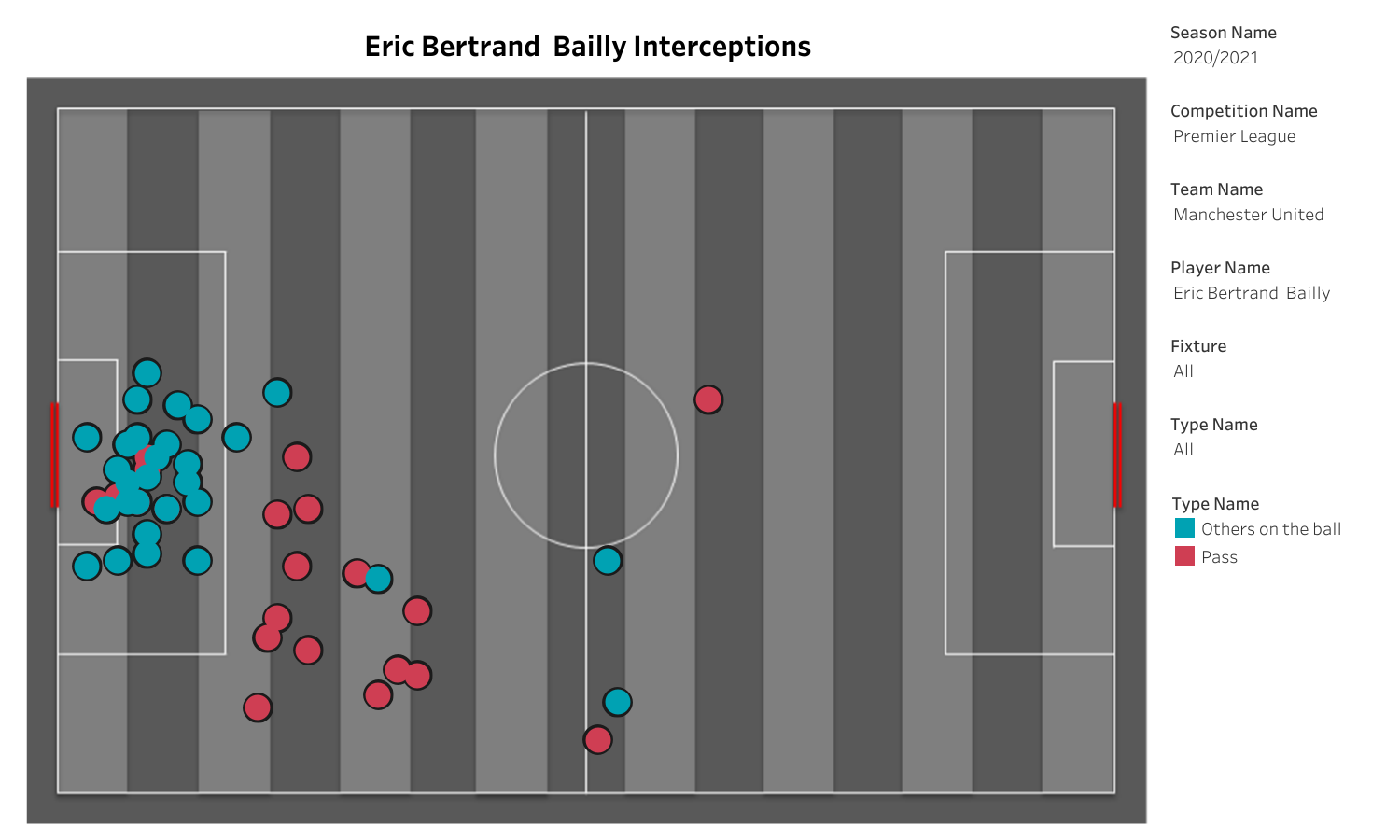 Eric Bailly’s limited game-time on the pitch is the reason behind his inconsistent form. He can expect more playing time next season, and AC Milan could be a possible destination. He is a strong tackler and has a lot of pace. The Italian giants could use him in the UEFA Champions League as the player carries a bit of experience. They will face competition from other clubs for his signature.