The English Premier League team, Liverpool, signed Divock Origi from Lille in 2014. The Belgian international has spent two seasons on loan since then and has been a regular part of Liverpool’s squad for the rest of the years. However, the forward was unable to cement his place in the starting XI. He will be out of contract in the summer, and Serie A side AC Milan are monitoring a move for the forward. The player has been a super-sub for Liverpool in some important games and could be a handy addition to AC Milan’s attack for their quest for Serie A as well as the UEFA Champions League title. 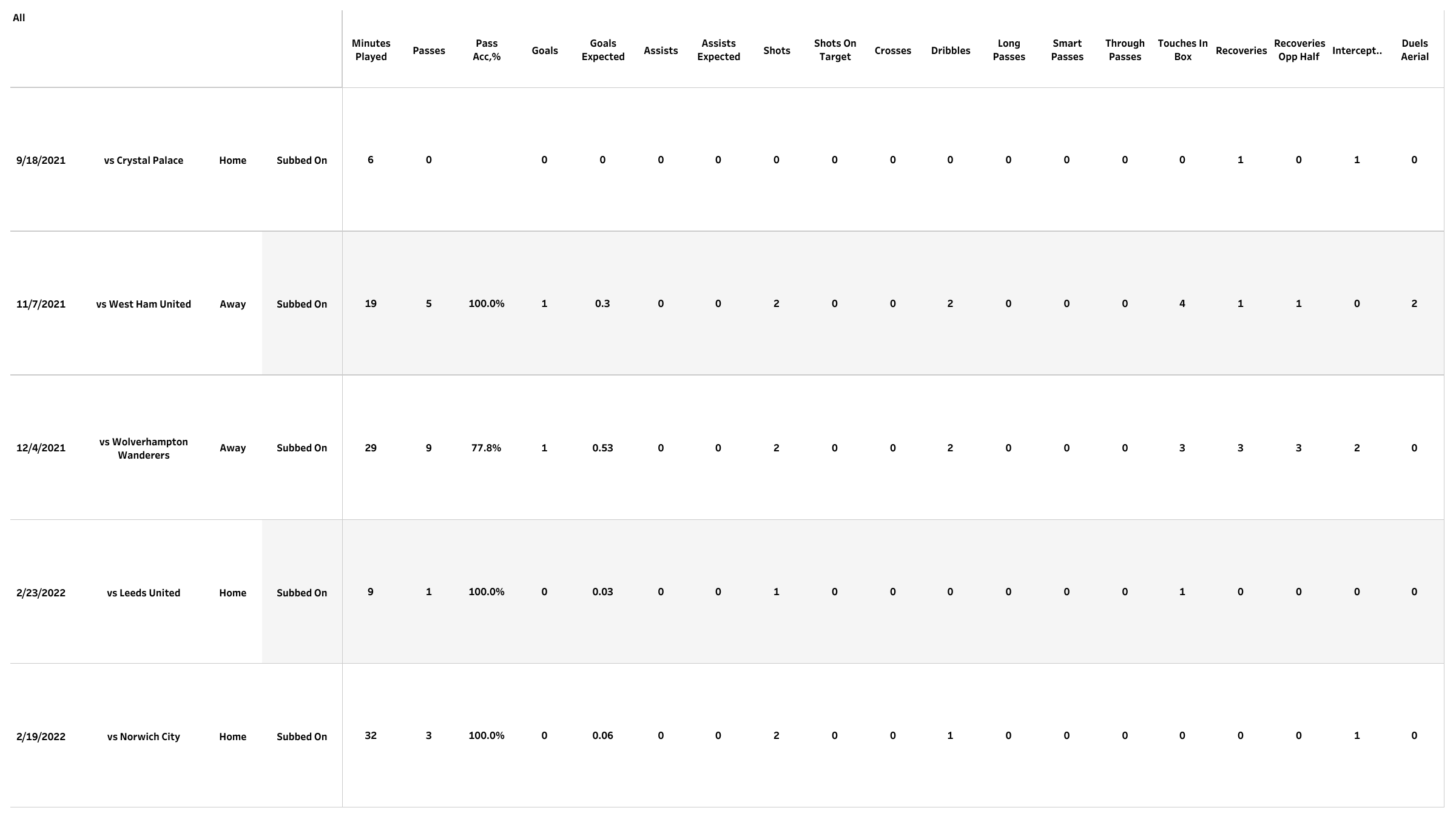 The 26-year old striker has made five appearances for Liverpool this season in the English Premier League. He has spent 95 minutes on the pitch and scored two goals. The Belgian international has attempted seven shots with an xG rate of 0.92. He has taken eight touches inside the opposition’s penalty box. 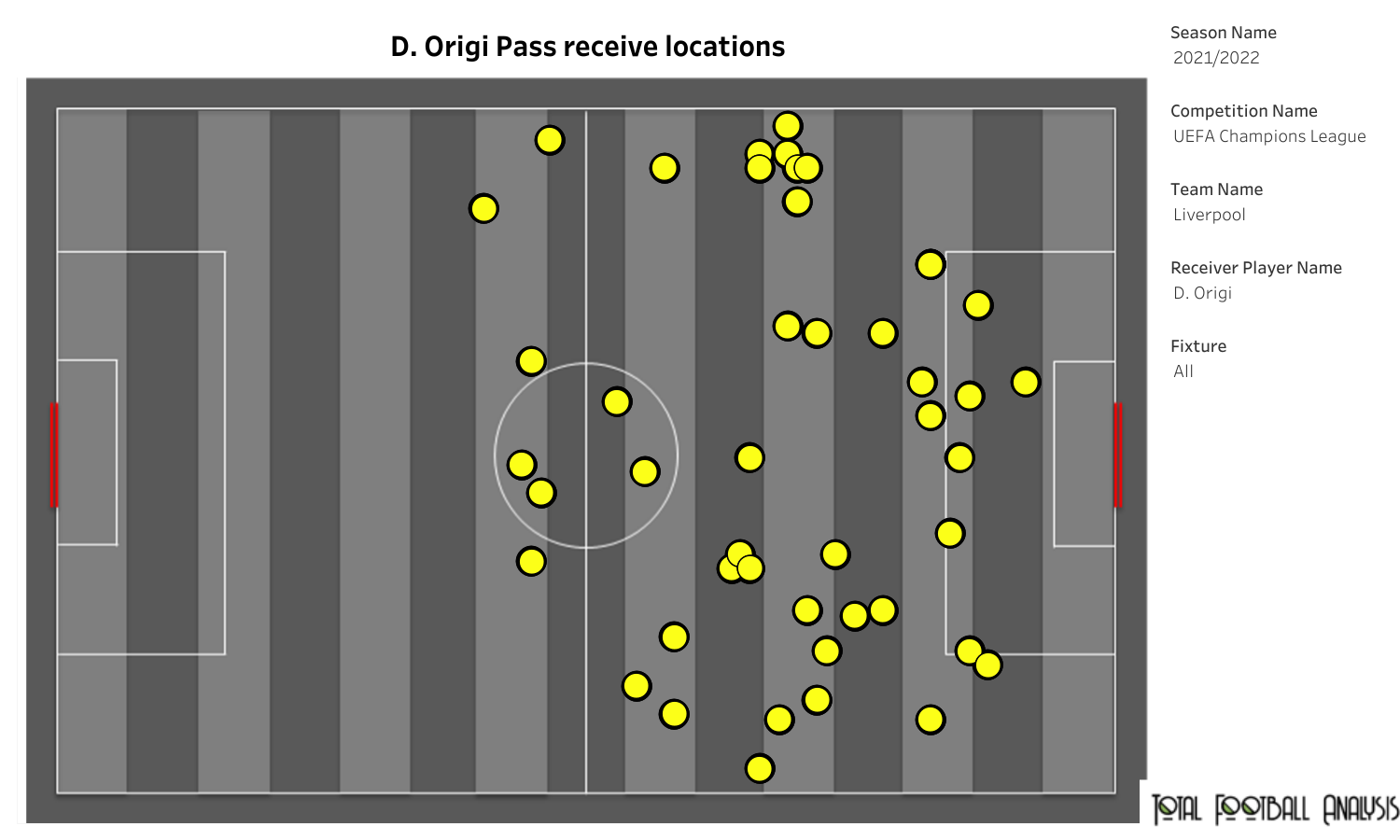 Divock Origi has spent more minutes on the pitch in the UEFA Champions League this season. He has spent 190 minutes on the pitch and has managed to score one goal. The Belgian international has also provided an assist in the first match against AC Milan. Origi has taken 12 touches inside the opposition’s penalty box. The above viz shows the pass receiving location of the player. We can observe that he has received most of the passes in the final third. 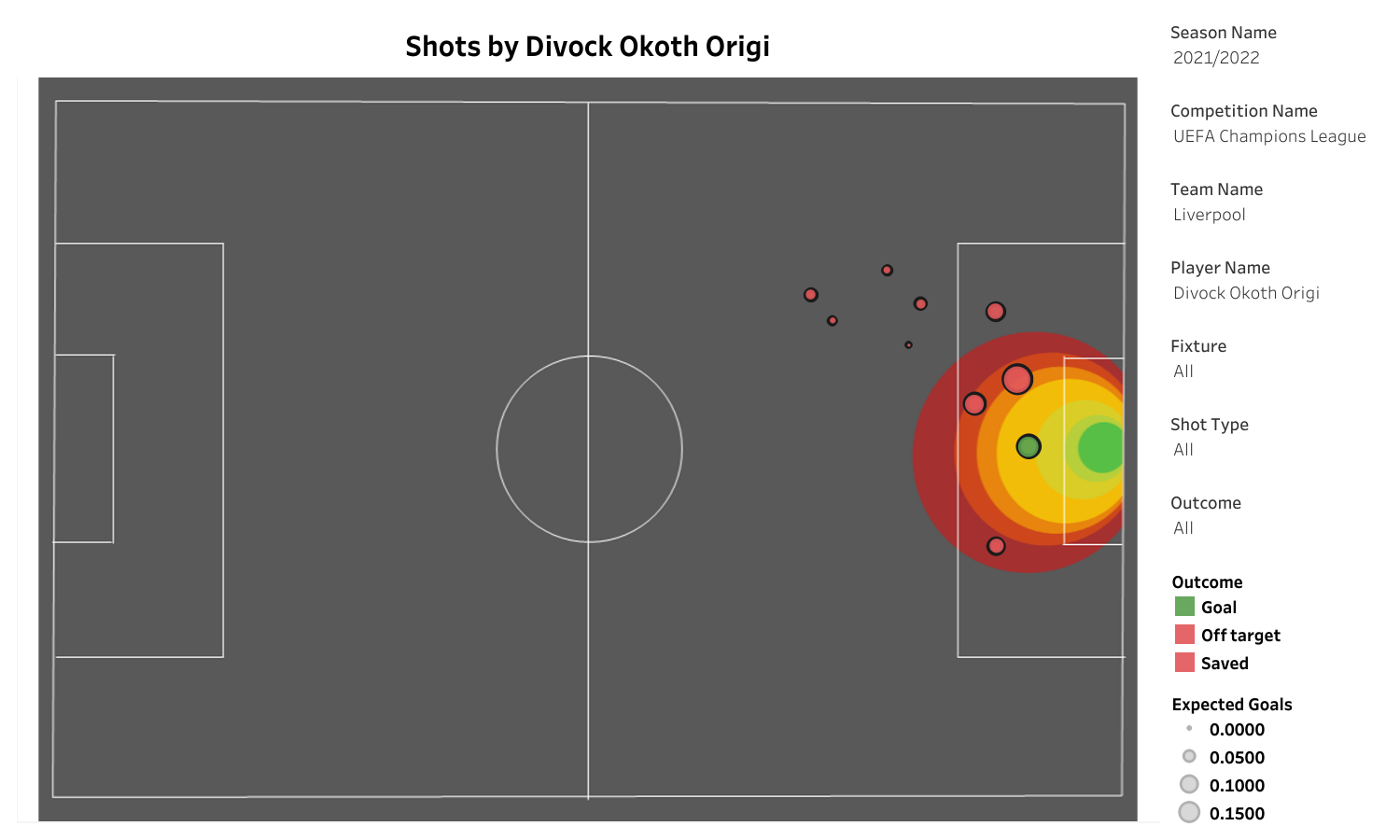 The above map shows all the ten shots attempted by Divock Origi in five UEFA Champions League appearances. He has managed to hit the target twice. The Belgian forward has attempted five shots each from inside and outside the opposition’s penalty box. He attempted five shots in the last group stage match against AC Milan and scored his only goal in the tournament till now in the same fixture.

Divock Origi made nine appearances for Liverpool in the English Premier League 2020/21 season. The forward only spent 220 minutes on the pitch and started in two games for the club. Origi attempted seven shots, and two of them were on target. He was unable to score a goal or provide an assist last season.

The Belgian player has played a crucial role in their 2019 UEFA Champions League title by scoring a goal in their famous comeback against Barcelona. He can score goals and could prove a good signing for the Italian club. Origi will become a free agent in the summer and will be a bargain for AC Milan.