AC Milan are battling with other European clubs to acquire the services of Lille defender Sven Botman. The Italian club have been scouting the defender for a long time and want to sign him on a permanent deal in the summer. AC Milan’s captain, Alessio Romagnoli, could leave the side in the summer. He is getting offers from other European clubs and is likely to leave the club. Milan are looking for a defensive leader, and Botman has emerged as their primary target.

Sven Botman made five appearances in the UEFA Champions League this season and helped his side to keep one clean sheet. He missed three group stage matches due to injury but played in both matches against Chelsea. The defender attempted 245 passes with a 91.02% pass accuracy rate. His passes included 19 long passes and 226 simple passes. Most of his passes were towards Jose Fonte, and the highest threats were created from passes toward Johathan David. 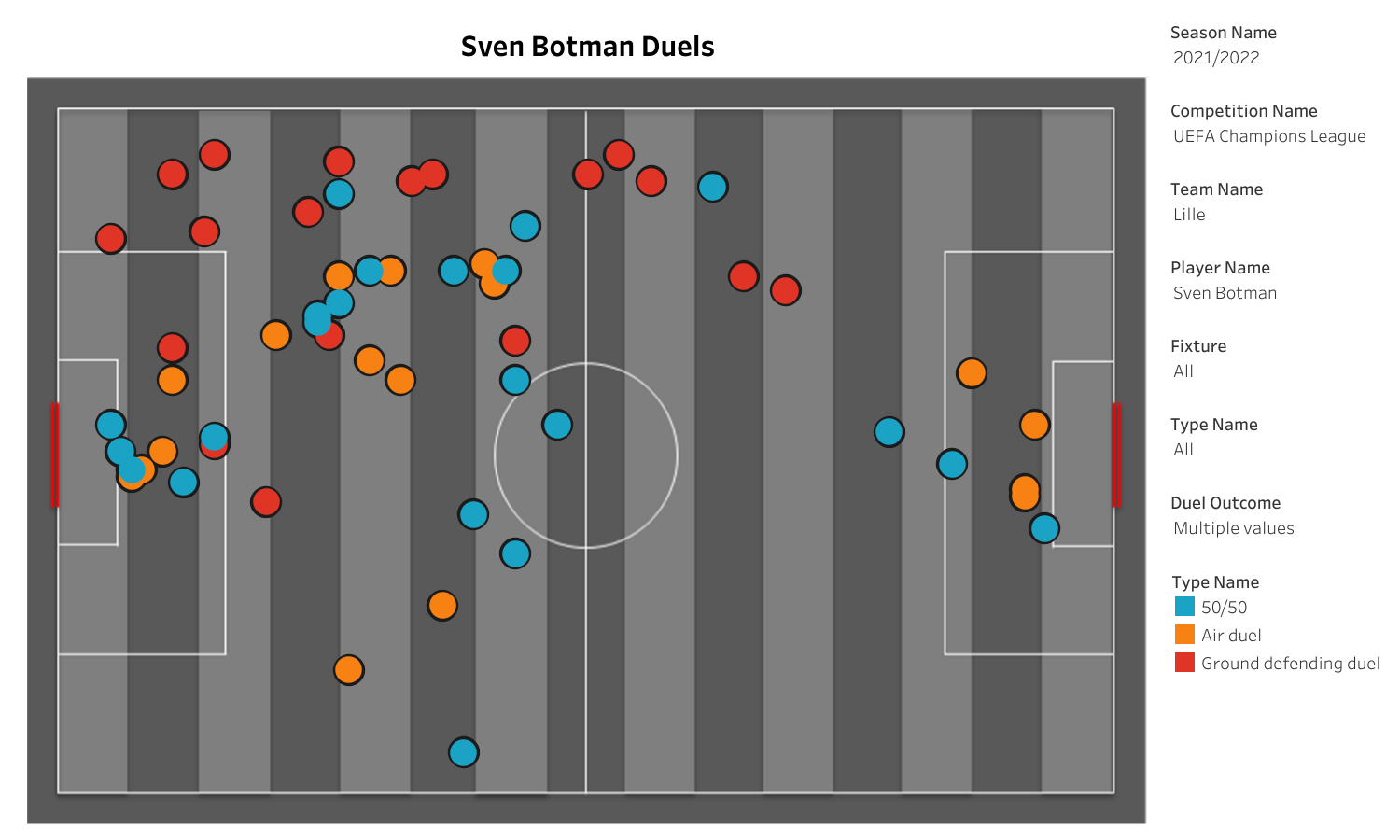 Sven Botman has played as the left centre-back. The above viz shows all the duels that ended in a neutral result or were won by the defender. He has won a few duels inside his penalty box and a few inside the opposition’s penalty box. Botman won 18 defensive duels, 17 aerial duels, and 22 loose ball (50/50) duels. He won four aerial duels and two loose ball duels inside the opposition’s penalty box. He attempted three shots, and one of the shots was on target. Sven Botman has made 21 appearances in the league and has scored on three occasions. His side has kept seven clean sheets in all the appearances made by him in the league. Lille are struggling to retain their league title and may miss out on a place in the Champions League next season. The defender will be looking for a move away from the French club. AC Milan are strong favourites to sign the player.