AC Milan’s hunt for a midfielder continues as the defending Serie A champions look to boost their squad ahead of a long season. They will be featuring in the UEFA Champions League once again and aim to finish at least in the quarter-final stage of the competition. The Azzurri have signed youngsters in the last few seasons, and the player they are targeting this time is another young midfielder. Jean Onana, who plays for French side Bordeaux, is their new midfield target. He is just 22 years old and spent the last season on loan at Lille. His parent club, Bordeaux, got relegated, and the youngster might be keen on a move away from the club. He is a box-to-box midfielder who can knick in goals on a few occasions and can also act as a playmaker. Let us look at some of the stats that will help us understand why AC Milan have shown an interest in the midfielder. 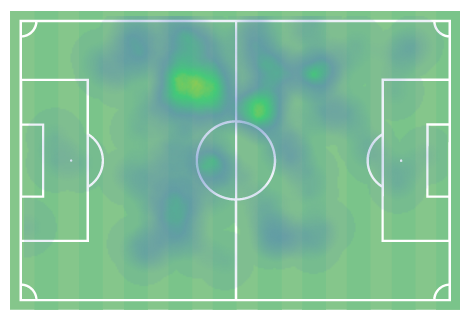 Onana has represented Bordeaux in three matches this season, which includes a start in the opening fixture of the season. The other two appearances have come off the bench. The above heat map shows that the player is a left central midfielder. Last season, he made 23 appearances in Ligue 1 and scored three goals along with two assists. 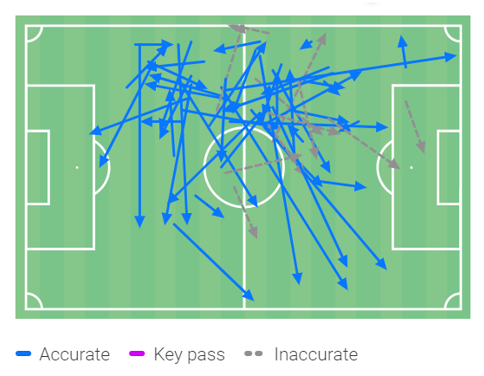 In the first match of this season, Onana attempted 58 passes with an 81% passing accuracy rate. It can be observed that the 22-year-old has taken crucial positions in the middle third and has distributed the ball to different areas of the pitch. Overall, he has managed 78 passes with an 83.3% passing accuracy rate. These include 21 forward passes and 14 back passes. Onana could play in a similar role for AC Milan and help them achieve more success this season. He can pass the ball and create chances for his teammates. 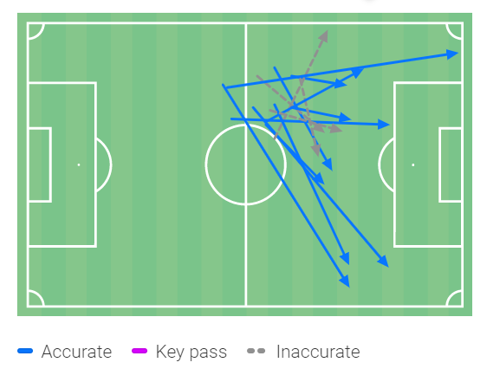 In the same match, Onana attempted 14 passes to the final third with a 71% success rate. It can be observed that most of the passes were towards the flanks, and he often changed the direction of the attacks by playing long passes to the opposite wings. 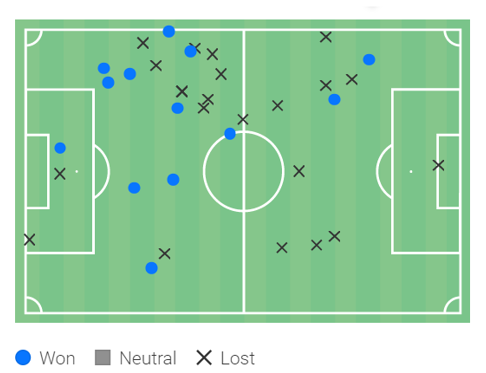 Onana has also helped his side defend against the opposition’s attack. He likes to contest a few duels and win the ball in the midfield. In the first game, he contested 35 duels but only won 13. His win percentage might be low, but the player is not afraid of going for the ball. In the same match, Onana made four interceptions and six recoveries, with two of them inside the opposition’s half. There is room for improvement for the player.

Onana could become a crucial player in AC Milan’s midfield. He is a top talent, and AC Milan need a player like him in their team. He could be a perfect replacement for Franck Kessie and form a midfield pairing with Sandro Tonali. Milan are still negotiating with the French club for the signing of the midfielder.