Ismael Bennacer is entering into his last year of contract at Serie A champions AC Milan. The 24-year-old has lost his place in the first team to Franck Kessie and Sandro Tonali. He was upset about losing his place in the first team and was considering a move away for some regular football. However, Paola Maldini convinced him to stay at the club. Manchester United have emerged as the favourites to sign the midfielder. He was a vital part of the Serie A champions last year and made some crucial defensive contributions. AC Milan are yet to offer him a contract extension and here are some of the stats that show how the player could be crucial in a lengthy 2022/23 season. 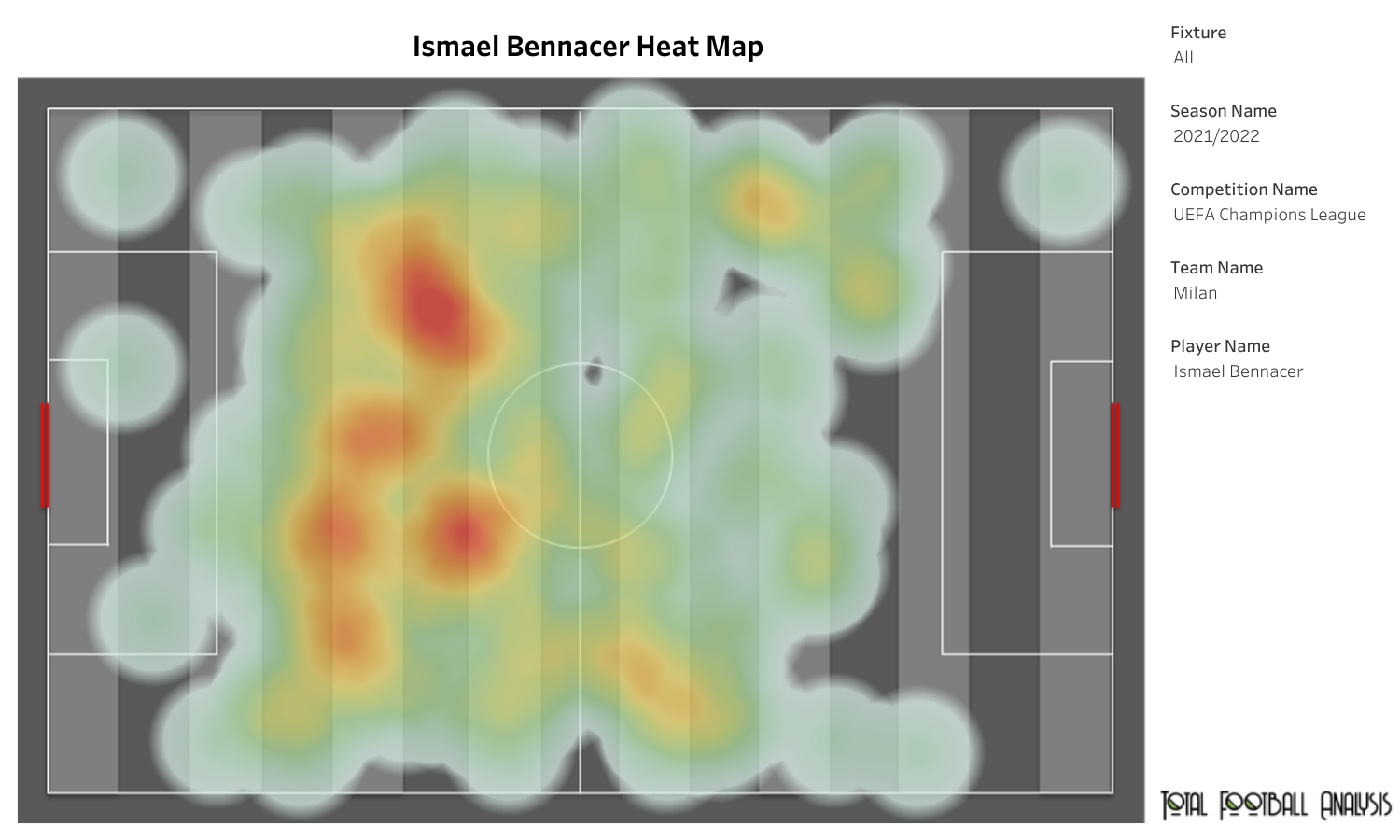 Bennacer appeared in all six matches for AC Milan in the UEFA Champions League 2021/22 campaign. He started in four matches and came off the bench in the other two. The above heat map shows that the Algerian international played in the defensive midfield role and allowed the other midfielder to make forward runs. He failed to score a goal or provide an assist. However, the midfielder managed to score two goals and also provide an assist in the 31 appearances he made in the league. 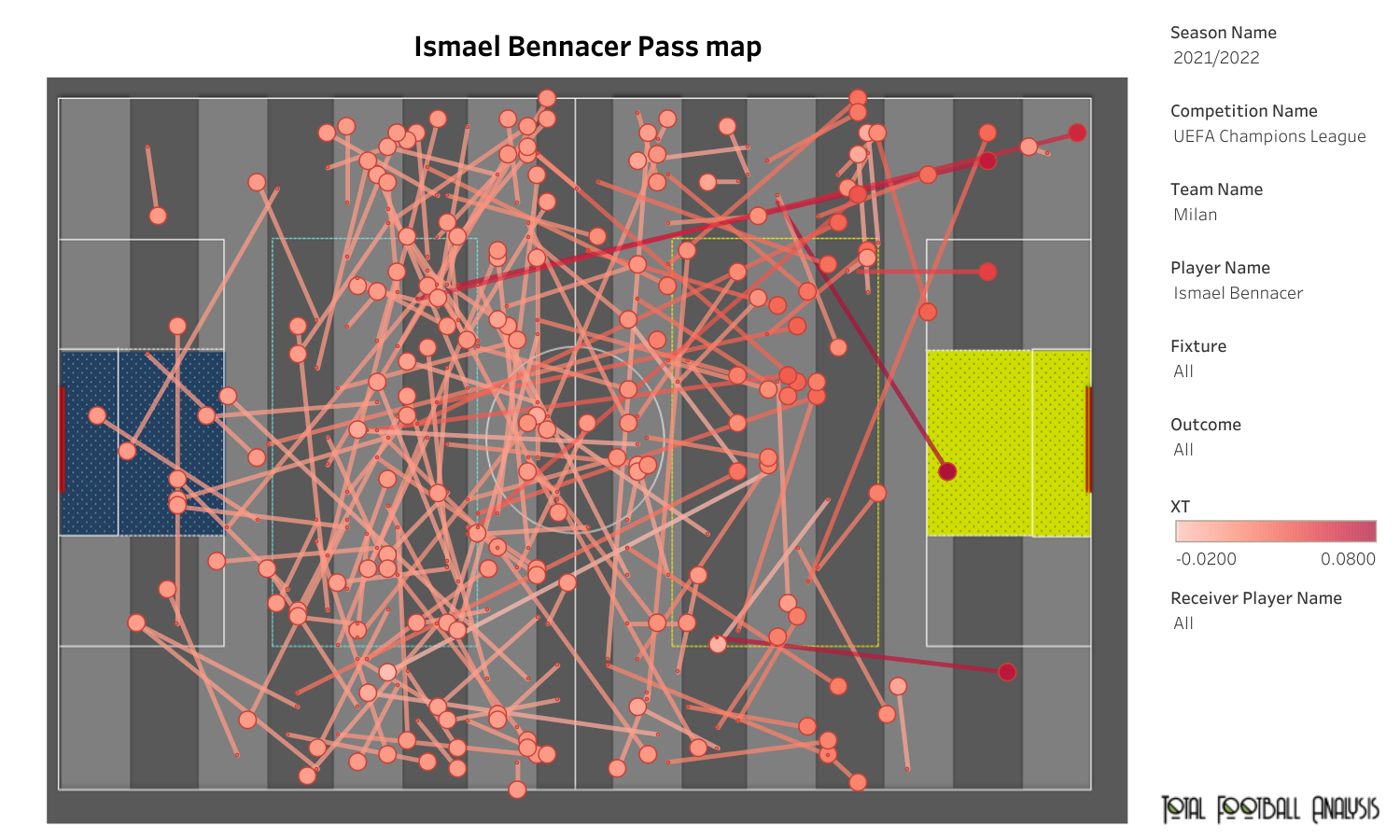 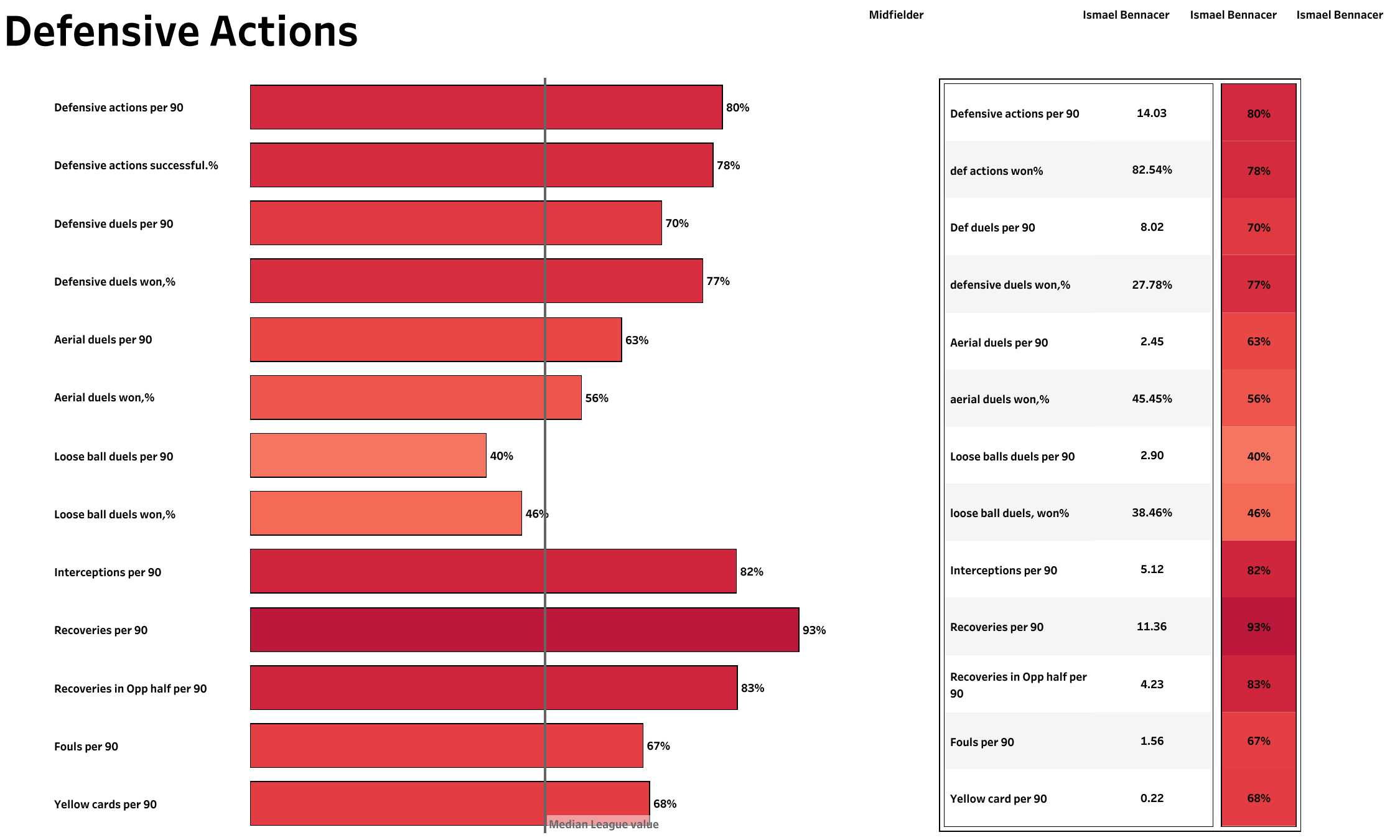 When looking at the above chart, the general rule is that the longer the bar, the better the performance — you can see the league average in the middle, and the % is the percentile rank the player is in. The above viz shows the defensive stats in comparison to other midfielders in the league. Bennacer was involved in more than 14 defensive actions per 90 minutes and was successful 82.54% of the time. Notably, the player averaged more than five interceptions per 90 minutes and also made more than 11 recoveries. Of these 11.36 recoveries per 90 minutes, 4.23 were made inside the opposition’s half. 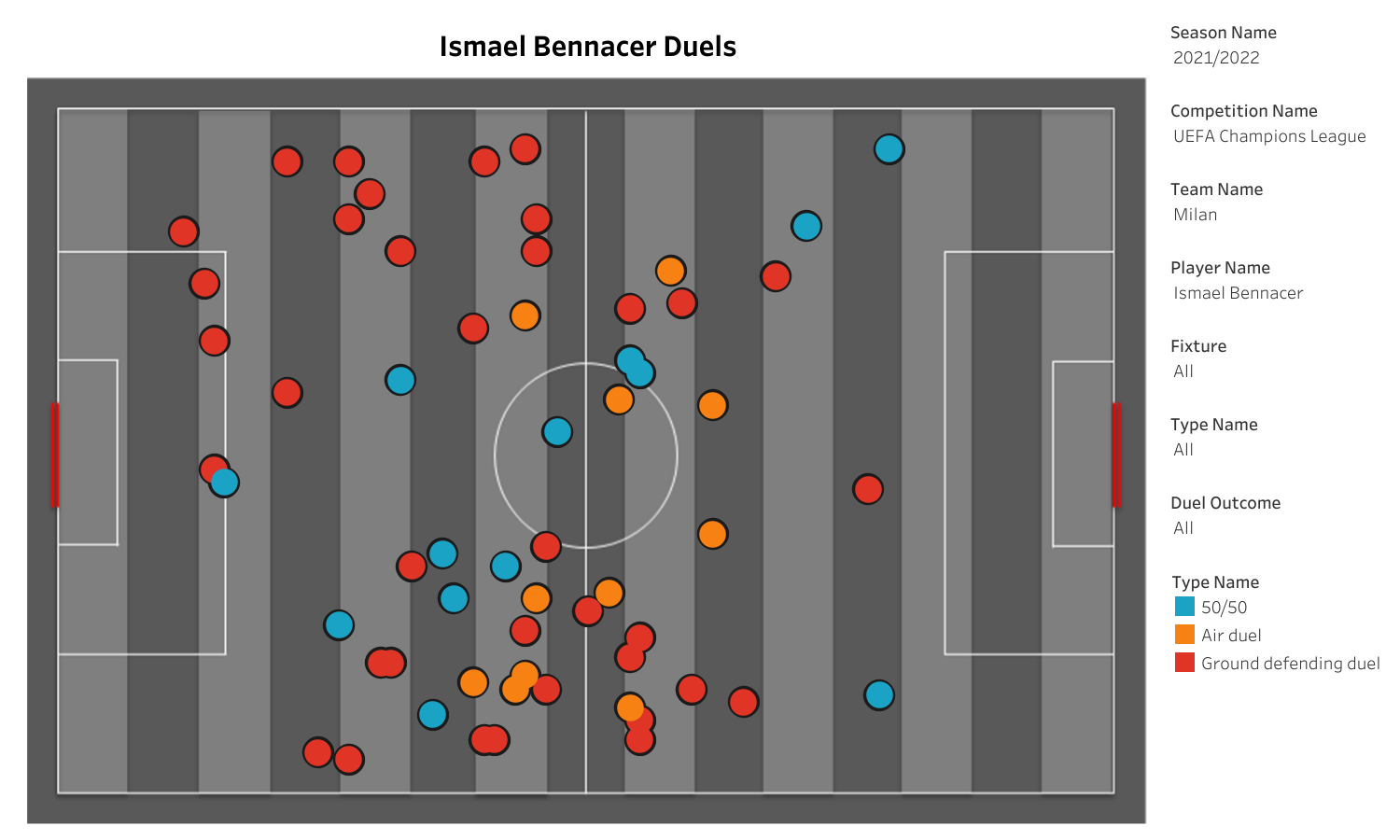 The above viz shows that the player contested a majority of the duels inside the middle third. Most of the duels contested by him were defensive duels, followed by loose ball duels and aerial duels. He was strong in the air, but the win percentage for every duel contested was below 50%.

Bennacer had a decent season for the Serie A Champions and could be on the move away from the club. He is looking for regular game-time, and Manchester United might be able to convince the winger. However, AC Milan need some depth in their squad and will be looking to offer him a contract extension. They will look to defend their title and reach the knockout stages of the UEFA Champions League.