AC Milan’s search for a midfielder continues as the Serie A champions failed to land some of their top targets of the summer. They have signed Divock Origi from Liverpool and have permanently signed Alessandro Florenzi and Junior Messias. Other than this, the Rossoneri have failed to sign any other player and are still looking for a replacement for their key midfielder, Franck Kessie. Renato Sanchez has been their long-term target, but the player is also on the wishlist of PSG. The Portuguese international is likely to make a transfer to PSG. AC Milan have found some alternatives, and Real Madrid’s Dani Ceballos is one of them. The 25-year-old has failed to cement his place in the squad since joining in 2017. He spent two loan spells at Arsenal and remained at Real Madrid last season to win a UEFA Champions League title. This season, Real Madrid have signed more midfielders, and Ceballos is unlikely to get a position in the starting XI. Some of the stats from his previous season show how Ceballos could prove to be handy to a young AC Milan midfield. 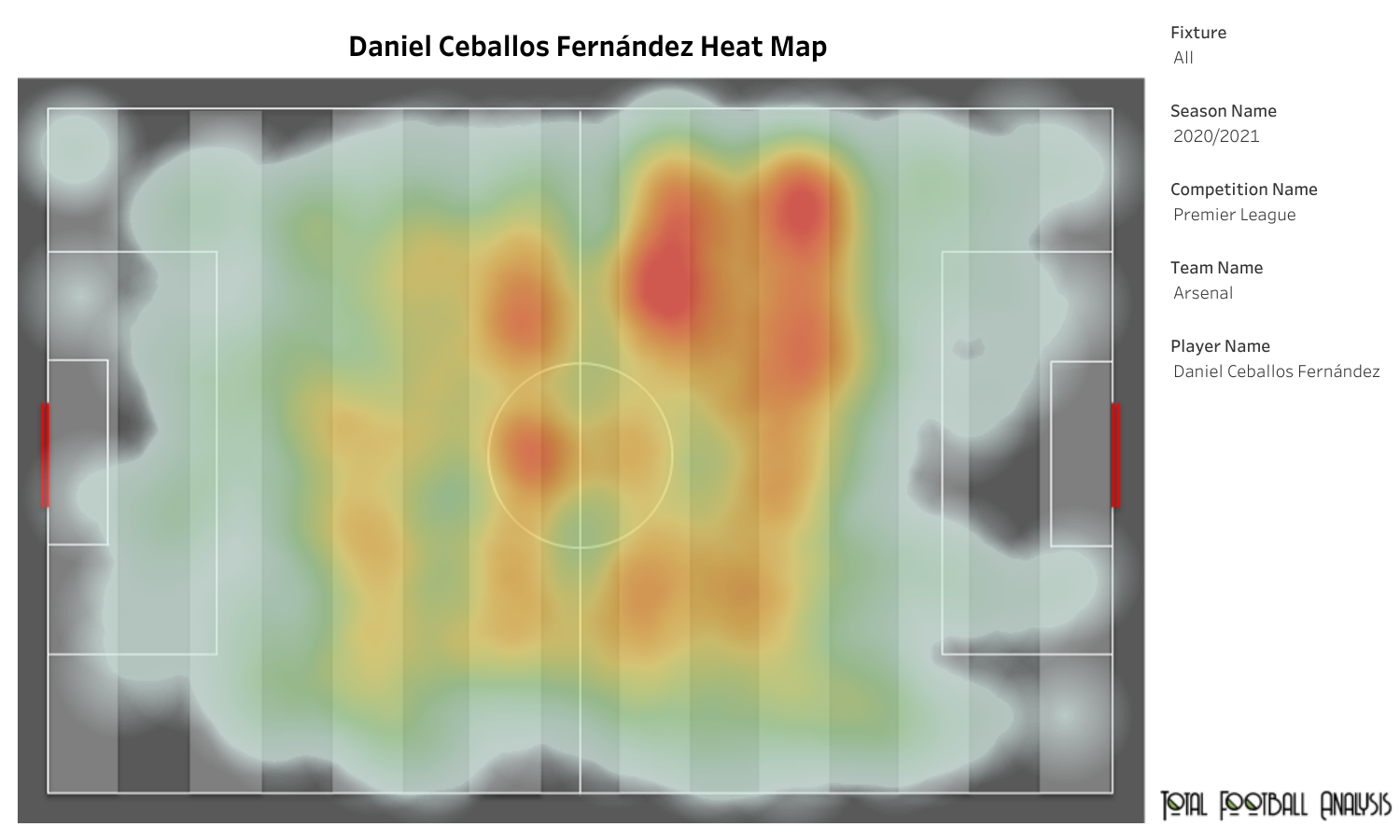 The above viz shows the heat map of Ceballos in 25 English Premier League appearances in the 2020/21 season. Ceballos was playing in his second spell at the club, and he featured on the left-side of the midfield. He is a box-to-box midfielder who likes to get involved in the play. 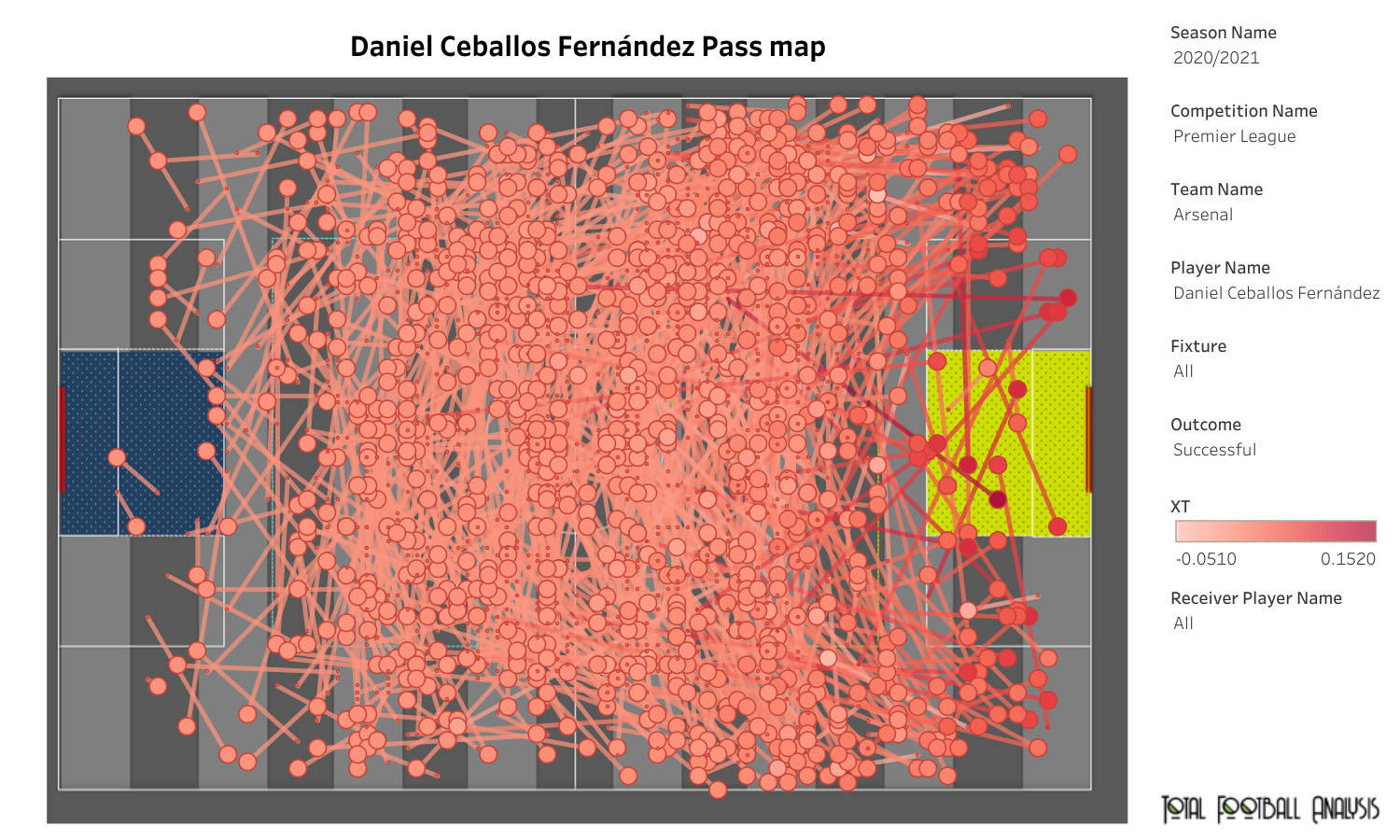 Ceballos is good with the ball at his feet. He averaged around 63 passes per 90 minutes with an 88% passing accuracy rate. These included 8.88 passes into the attacking third with a high accuracy rate of 80.23%. The 25-year-old also showed variety in his passing as he averaged 0.93 crosses, 1.3 smart passes, and 1.55 through passes per 90 minutes. The above viz shows all the passes that the midfielder successfully delivered. It shows that some of the passes found a teammate in dangerous areas inside the opposition’s penalty box. Ceballos provided three assists in the competition. 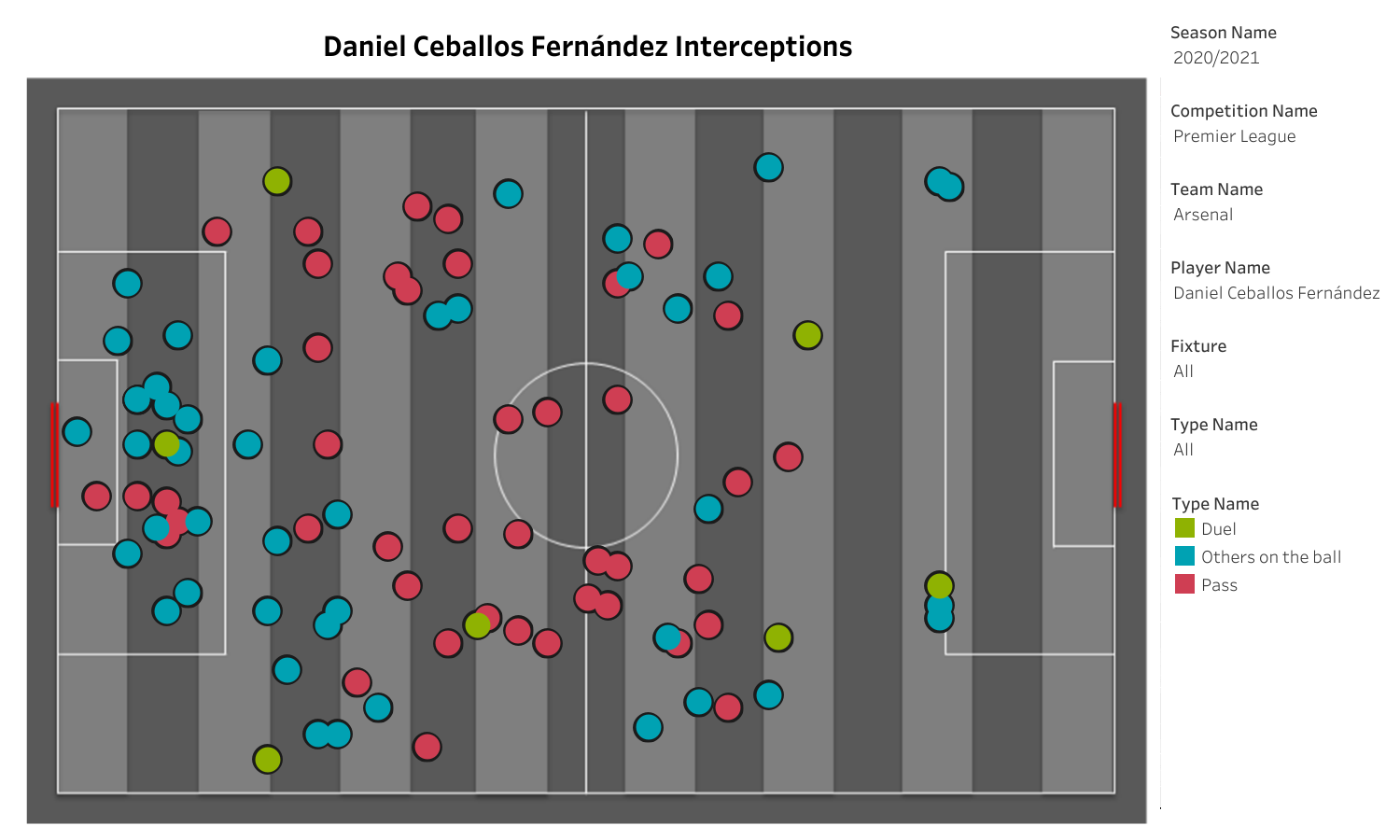 The Spanish midfielder could add a lot of value to AC Milan’s midfield. He can break the play of the opposition and can create a few chances for his teammates. AC Milan will look to acquire him and strengthen their squad to defend the league title.