AC Milan are interested in signing USA international and Chelsea player, Christian Pulisic in the summer. The player has failed to cement his position in the starting XI and is struggling for regular game-time at Chelsea. The 23-year-old attacker is heavily linked with a move to several European clubs. He would be favouring a move to a club that is playing in the UEFA Champions League next season. Pulisic can play as a number ten behind the striker or as a wide attacking midfielder. He is already a Champions League winner with Chelsea and would like to take AC Milan to another level with his skills on the ball.

This season, the 23-year-old player made 22 appearances for Chelsea in the English Premier League and nine came off the bench. He mostly featured on the right side for the Blues, but also took positions on the opposite side of the pitch. This season, he managed to find the back of the net six times in the league. His passing was also effective, as he was able to provide two assists in the season. Pulisic penetrated the opposition’s penalty box quite often and took 53 touches inside it. AC Milan is short of options on the right and is looking for a suitable candidate to fill that role. Pulisic was a former Borussia Dortmund player and has experience of playing top-flight football in two different countries. This is one of the primary reasons why he is being considered as a transfer target for the Rossoneri. 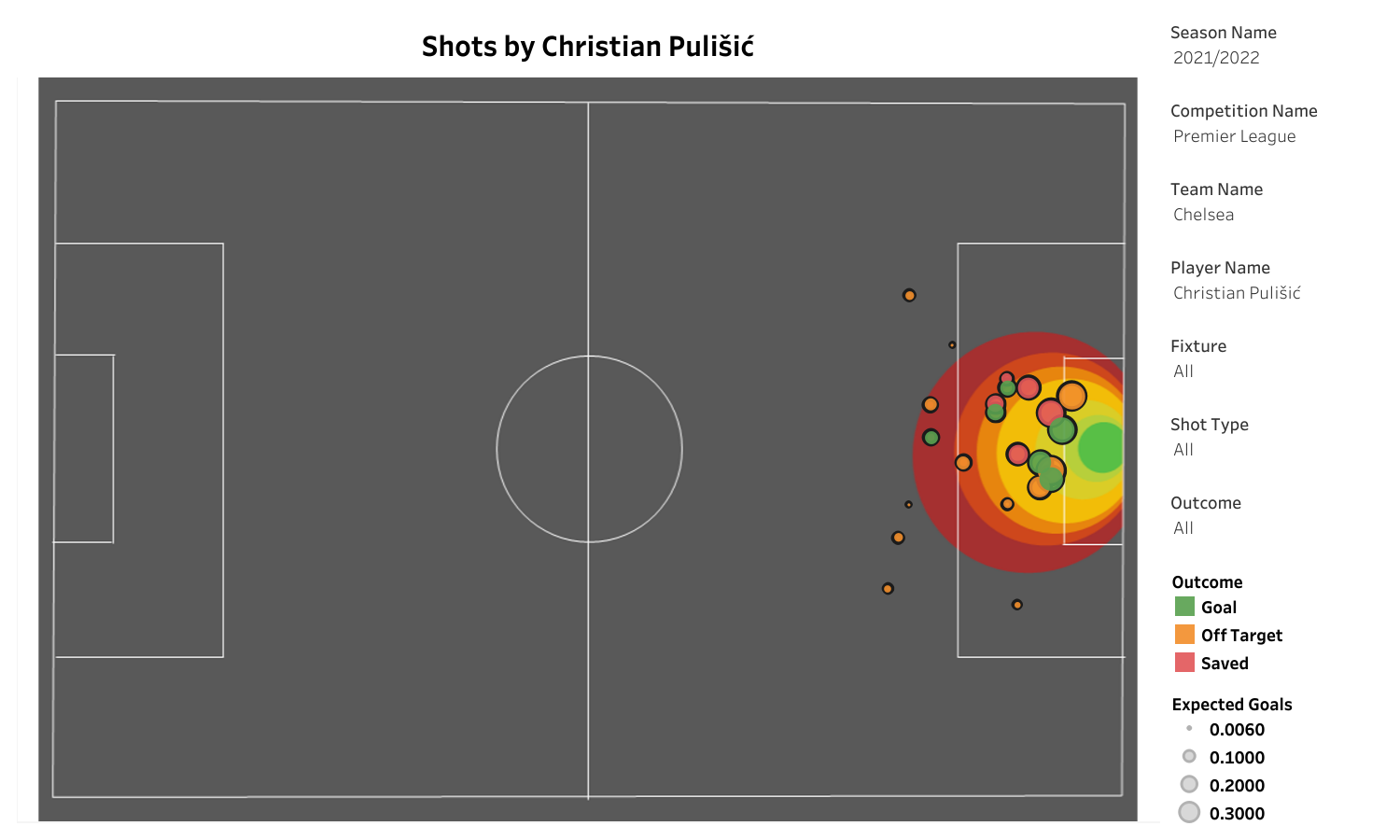 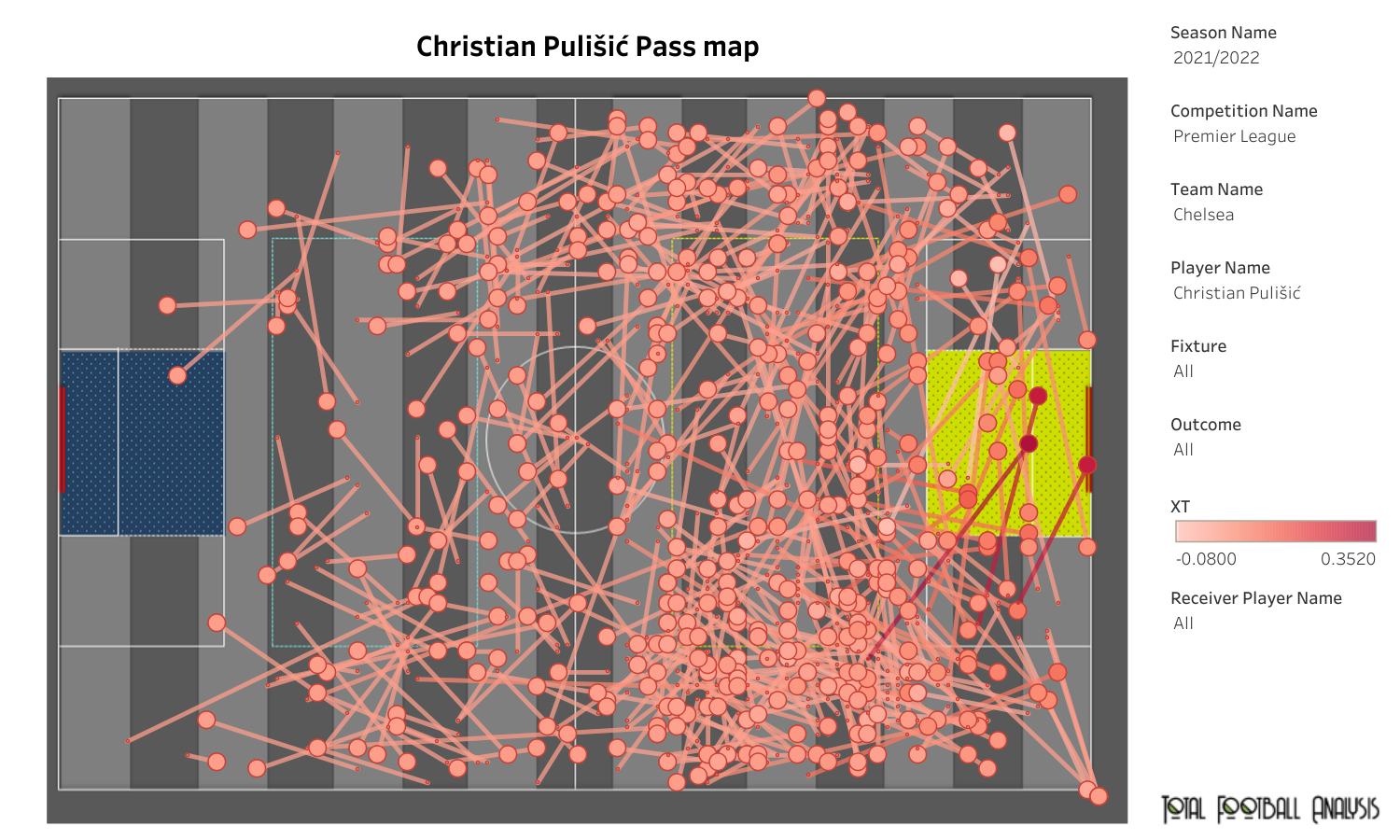 The USA international player averaged 27.89 passes per 90 minutes with an 82.05% passing accuracy rate. The above viz shows the pass map of the player, and we can notice that most of the passes were attempted from the edge of the middle third into the final third. It can be noted that most of the passes were short to build up the play, and a few dangerous passes were attempted into the opposition’s penalty box. Pulisic can deliver some dangerous passes into the opposition’s penalty box, and that could be crucial for AC Milan.

Christian Pulisic offers a lot while going forward. He can deliver assists and take dangerous positions inside the opposition’s penalty box to score goals. He has mostly featured on the right side and could be a crucial addition to the Serie A champions’ squad. AC Milan will have to battle other clubs to sign the player.