Charles De Ketelaere is one of the top talents in Belgian football and is on the wishlist of the Italian side, AC Milan. He is currently playing for Jupiter Pro League side, Club Brugge, and was a regular member of the Belgian club in their UEFA Champions League 2021/22 campaign. The 21-year-old has impressed with his performances in the domestic league and has featured as a striker, attacking midfielder, and wide forward. AC Milan are short of attacking options on the right, and the club is looking for fresh faces to strengthen their side for next season.

Charles De Ketelaere played against the likes of Manchester City, PSG, and RB Leipzig in the Champions League. He started in all six games and provided an assist against RB Leipzig. 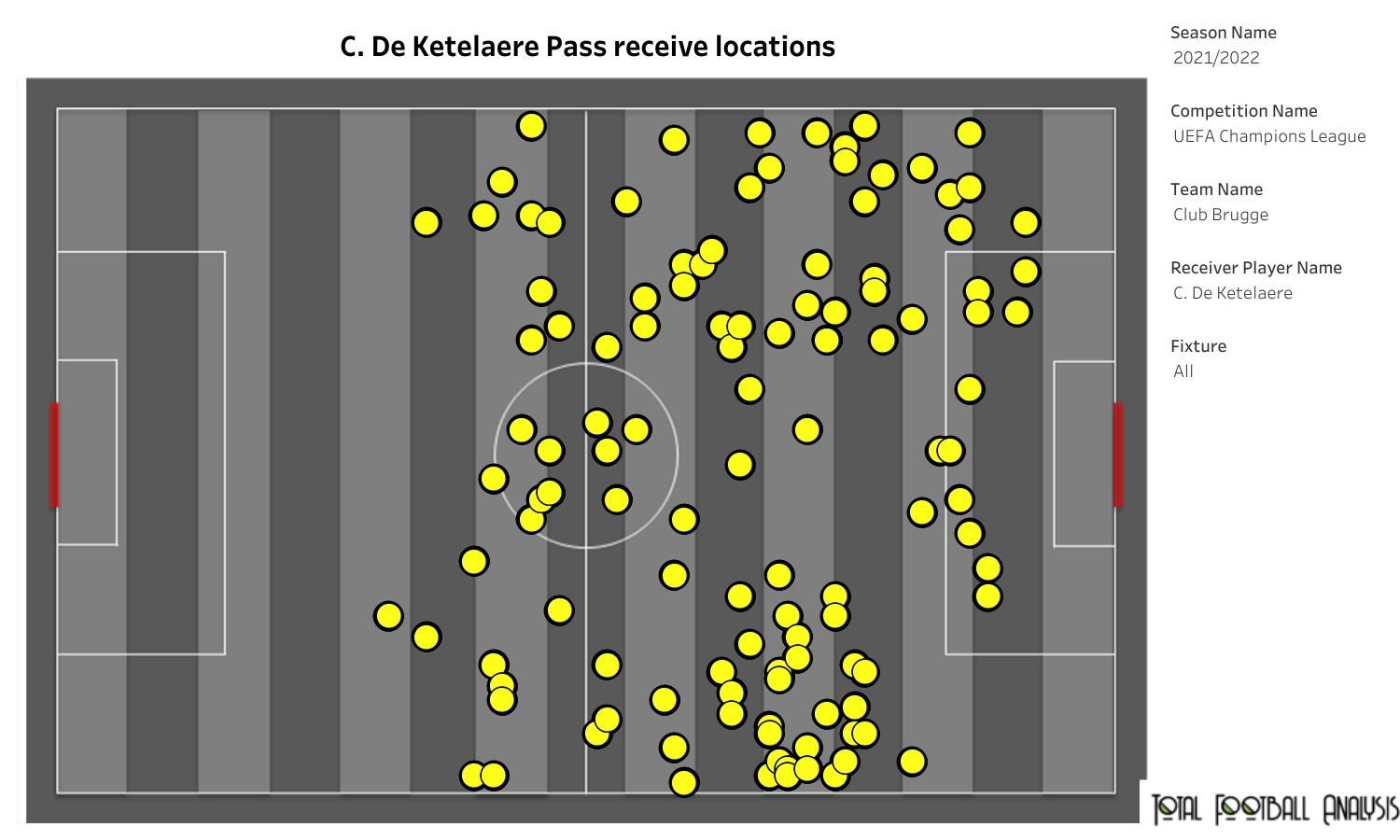 The above viz shows all the passes received by the youngster this season. This also shows that Charles De Ketelaere plays a free role at the top and has featured on the right, left, and centre. He has started as a right forward in one match and has led the attack in the other five games. In the above viz, we can also observe that De Ketelaere likes to go wider towards the left side and cut inside when he plays towards the right side. He got 22 touches inside the opposition’s penalty box. 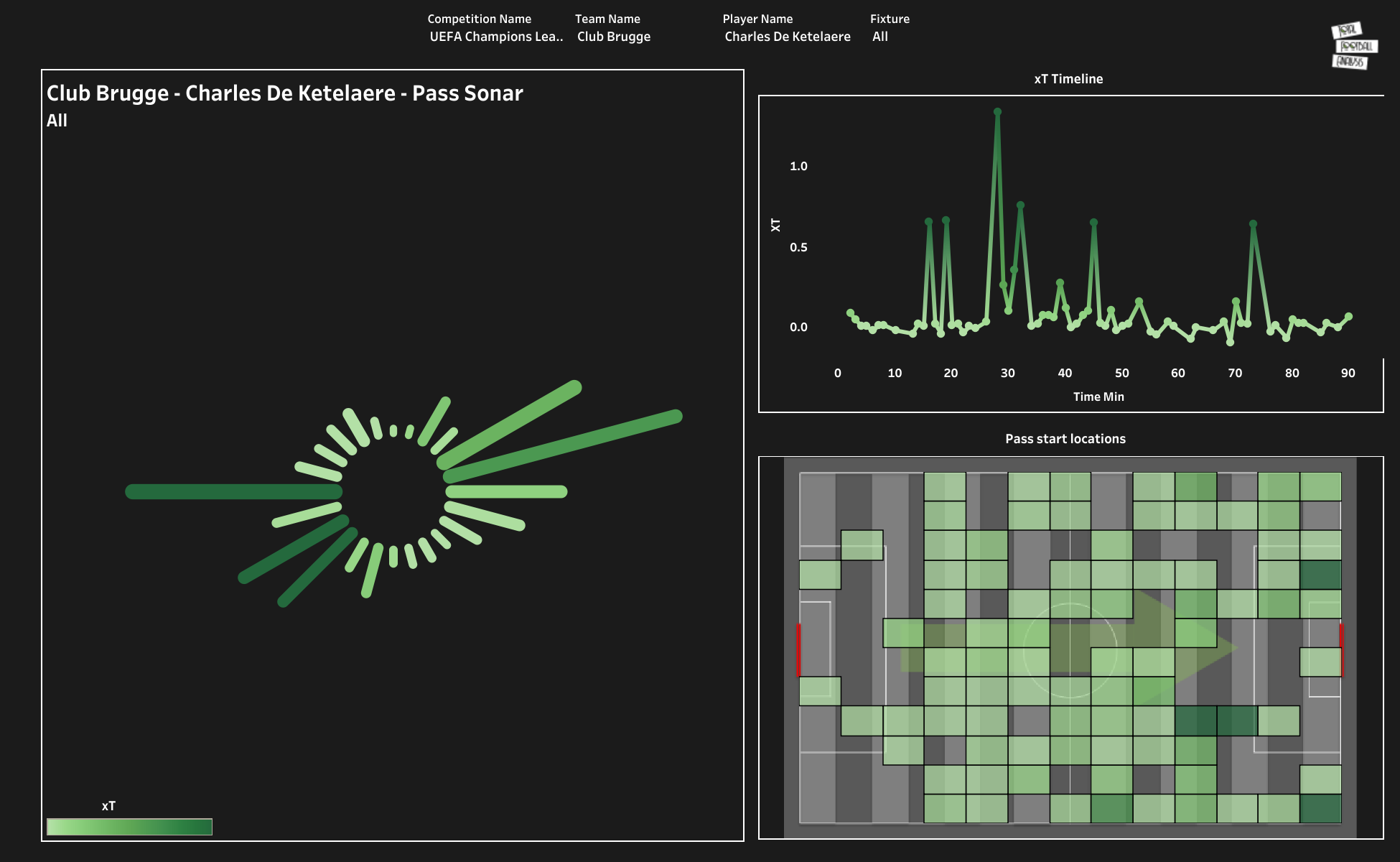 The 21-year-old attempted 131 passes in six games. He provided an assist in the second game of the UCL season. The above viz shows the expected threat timeline and the current starting location. We can observe that he has tried to get inside the box from the left side, but the highest threat is created by passing from the right side. From the xT timeline, it can be observed that the player was more influential in creating threats in the first half and struggled a bit as the matches continued. The 131 passes included 11 crosses, nine long passes, six smart passes, and eight through passes.

Charles De Ketelaere has already scored 13 goals in the Jupiler Pro League and has eight assists to his name. The player has played as a number nine as well towards the wider sides. His flexibility could be a valuable addition to AC Milan. The Italian club is short of attacking options on the right, and De Ketelaere could prove to be a long-term solution.