AC Milan are looking for options to strengthen and improve their attack for the upcoming seasons. One of the players that Milan have set their sights on is RB Salzburg youngster and USMNT forward Brenden Aaronson. The 21-year-old striker is on the transfer radar of many clubs and will be looking for a move away from the Austrian club. Aaronson impressed a lot of clubs in the UEFA Champions League and helped his side reach the first-ever knockout stage in their history. AC Milan are looking for some fresh legs who can provide speed to their attack. Here are some of the stats that will show why some of the top European clubs are after the forward. 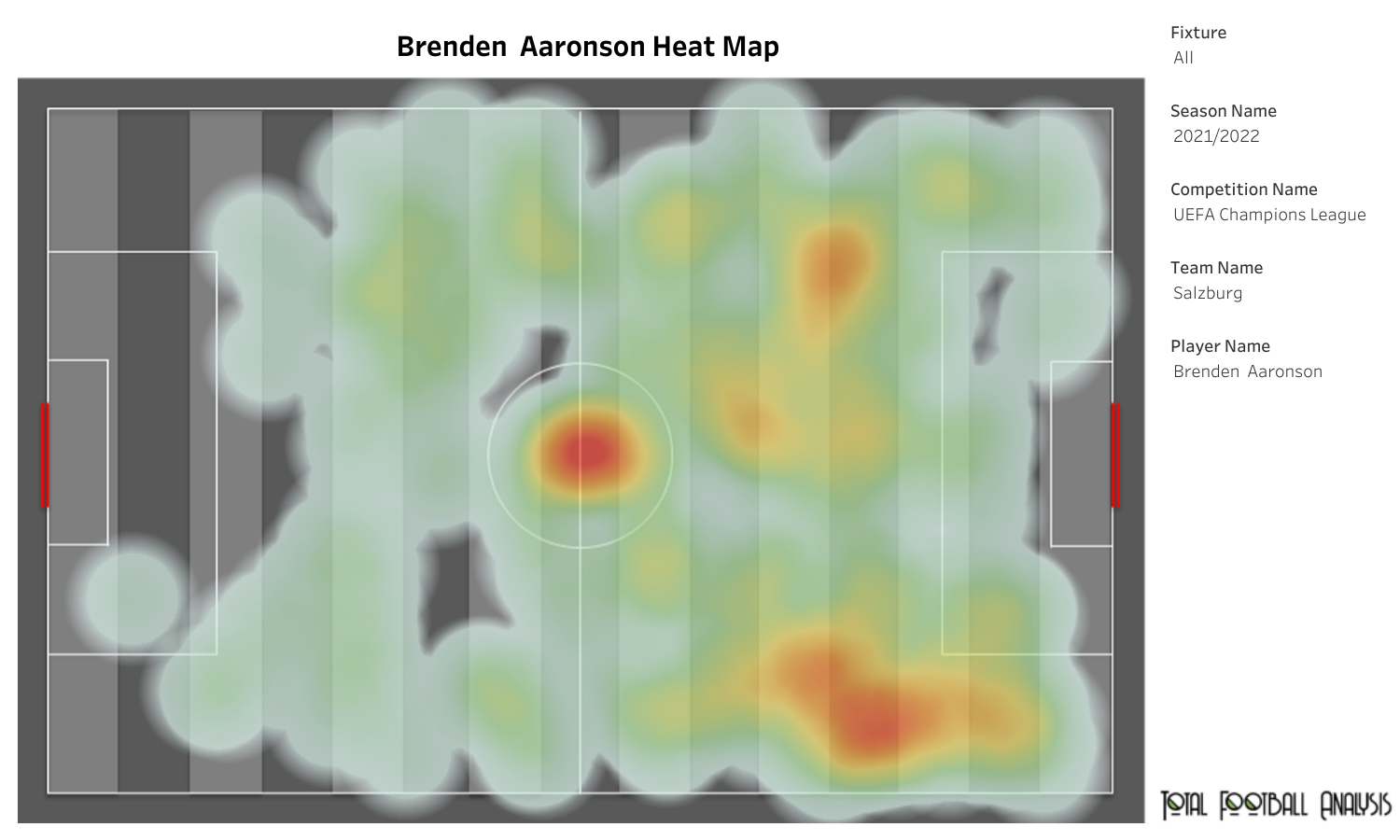 The forward appeared in ten UEFA Champions League games this season and scored two goals along with two assists. The xG rate of the player was 1.60, and the xA rate was 0.88. He started in nine matches and came on as a sub in one. By looking at the above heat map, we can observe that Aaronson has covered every area on the pitch and has mostly featured from the right. The forward took 22 touches inside the opposition’s penalty box. 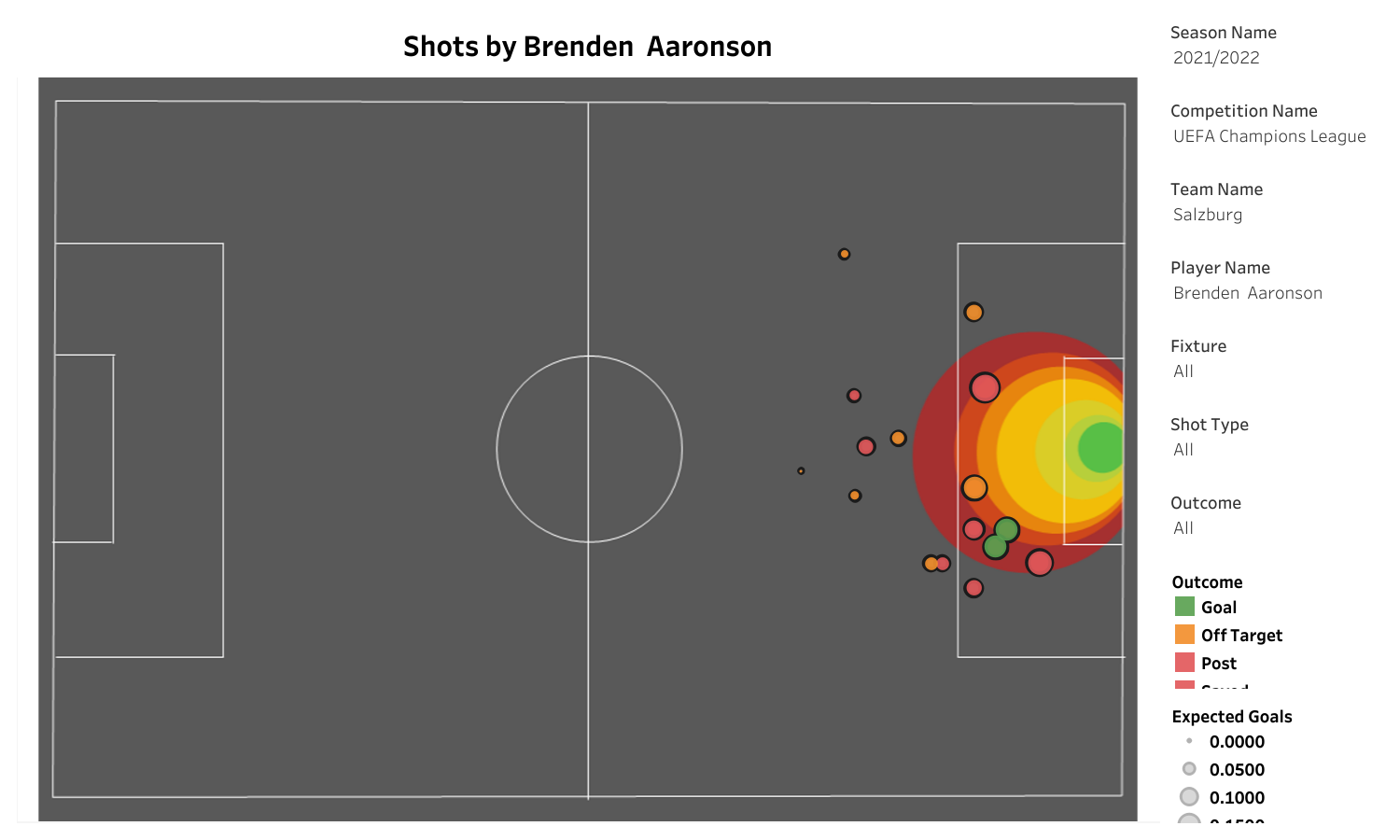 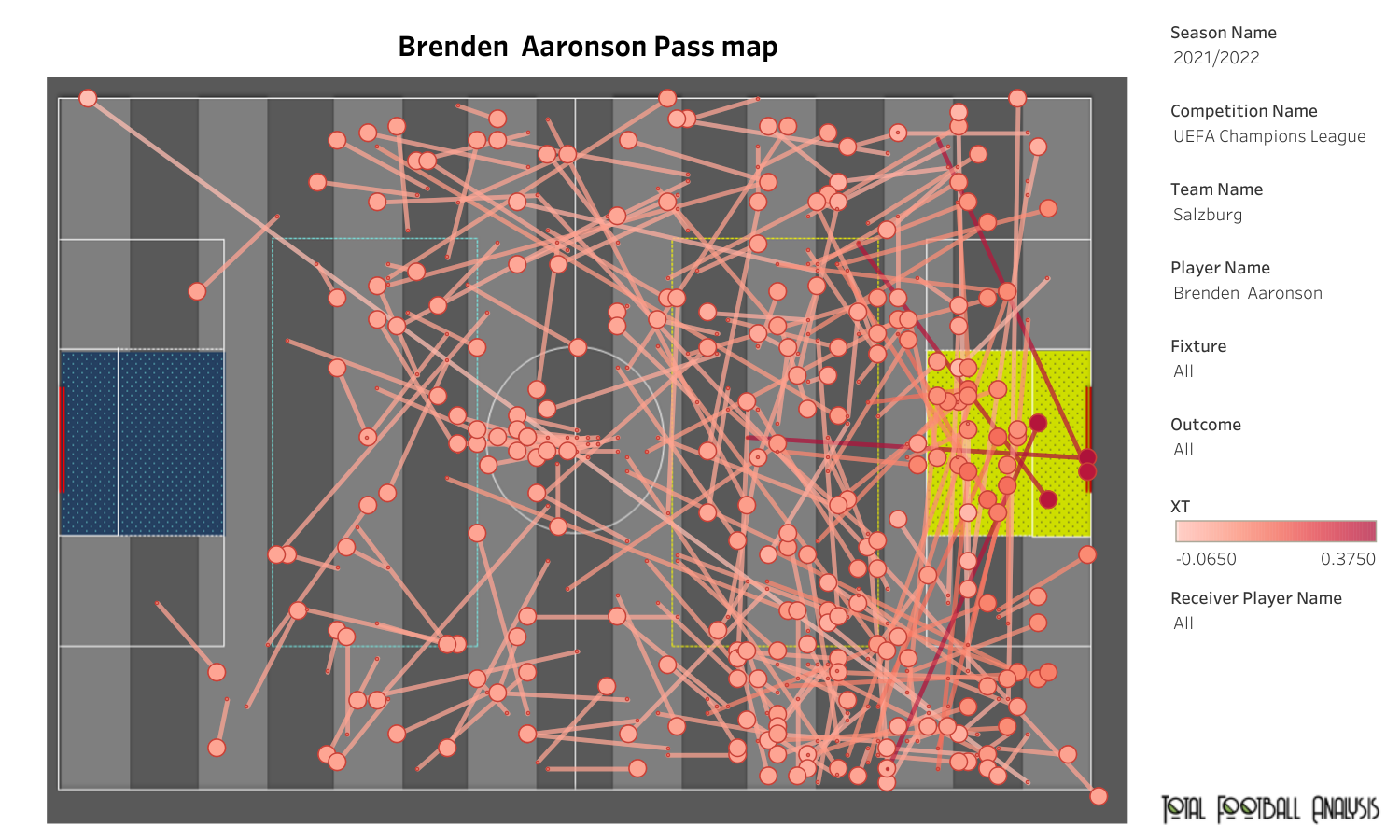 Brenden Aaronson attempted 249 passes this season in the UEFA Champions League. He provided two assists and both were against Bayern Munich. Aaronson provided an assist in each of the legs. From the above viz, we can observe that he has delivered a lot of balls into the opposition’s penalty box, and the highest threats are created from passes that have landed inside the opposition’s 6-yard box. The passing range of the youngster includes 19 crosses, nine smart passes, and six through passes. 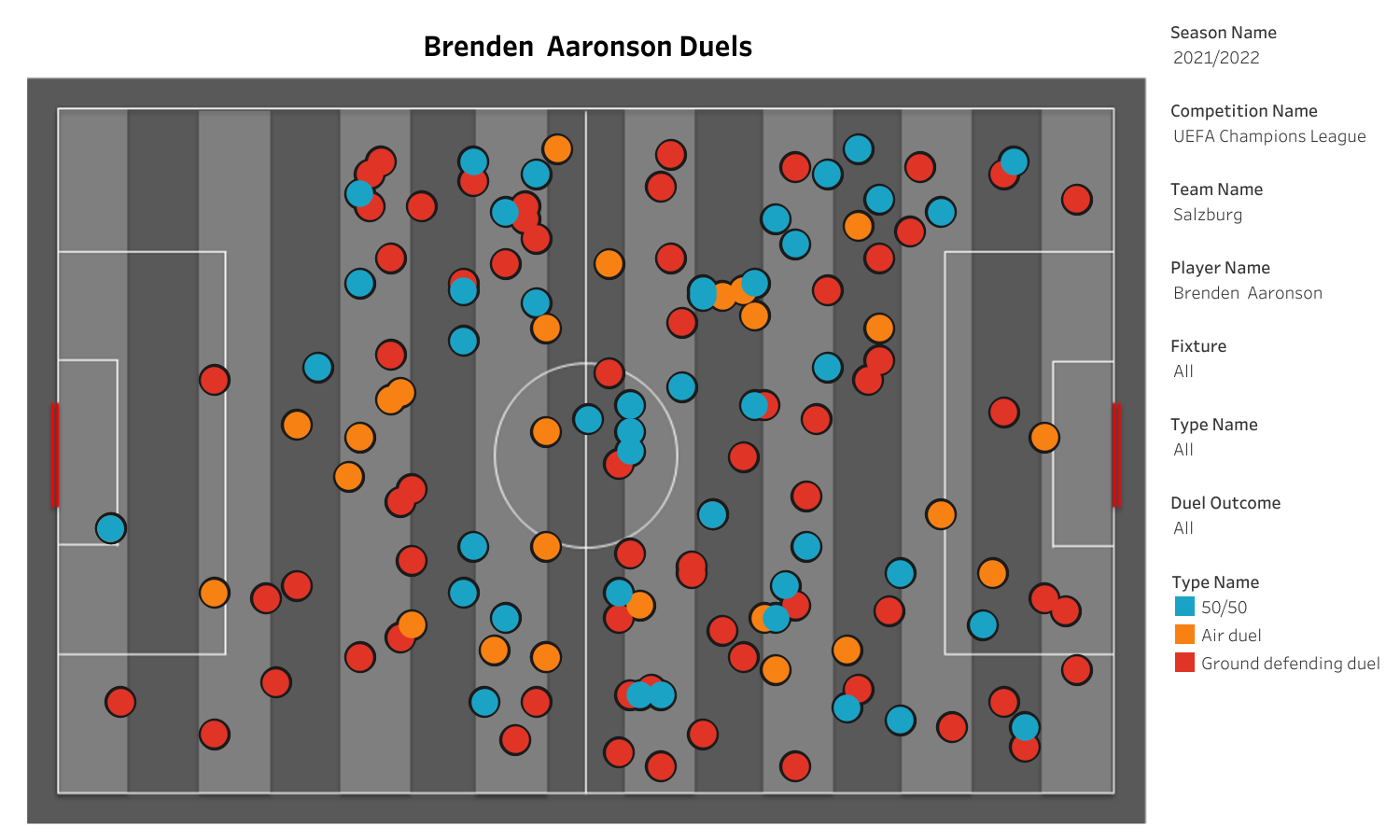 Brenden Aaronson has impressed with his performances on the pitch and has contributed towards scoring goals for his side. He could be a great addition to AC Milan’s squad and become their future leader.