AC Milan made some changes to their starting XI last season, and that turned out to be a positive as the Azzurri won the Serie A title. One of the players who was affected by this change of players was the Croatian winger, Ante Rebić. After joining on a loan spell from Eintracht Frankfurt in the 2019/20 season, Rebić became a regular in AC Milan’s squad. He then made a permanent switch to the Italian club. The 28-year-old plays on the left and can also lead the attack. However, last season’s form of Rafael Leao limited Rebić’s opportunities and forced him to sit on the bench, which limited his game-time. Now, with the new season coming, the Croat will be looking to cement his place in the starting XI.

Rebić made 29 appearances for AC Milan last season in all competitions. He only started in nine matches. He scored just three goals and provide two assists. In the 2020/21 season, Rebić made 32 appearances, which included 24 starts. The player scored 11 goals and assisted six times. This shows that the player can score goals if given more game-time on the field. 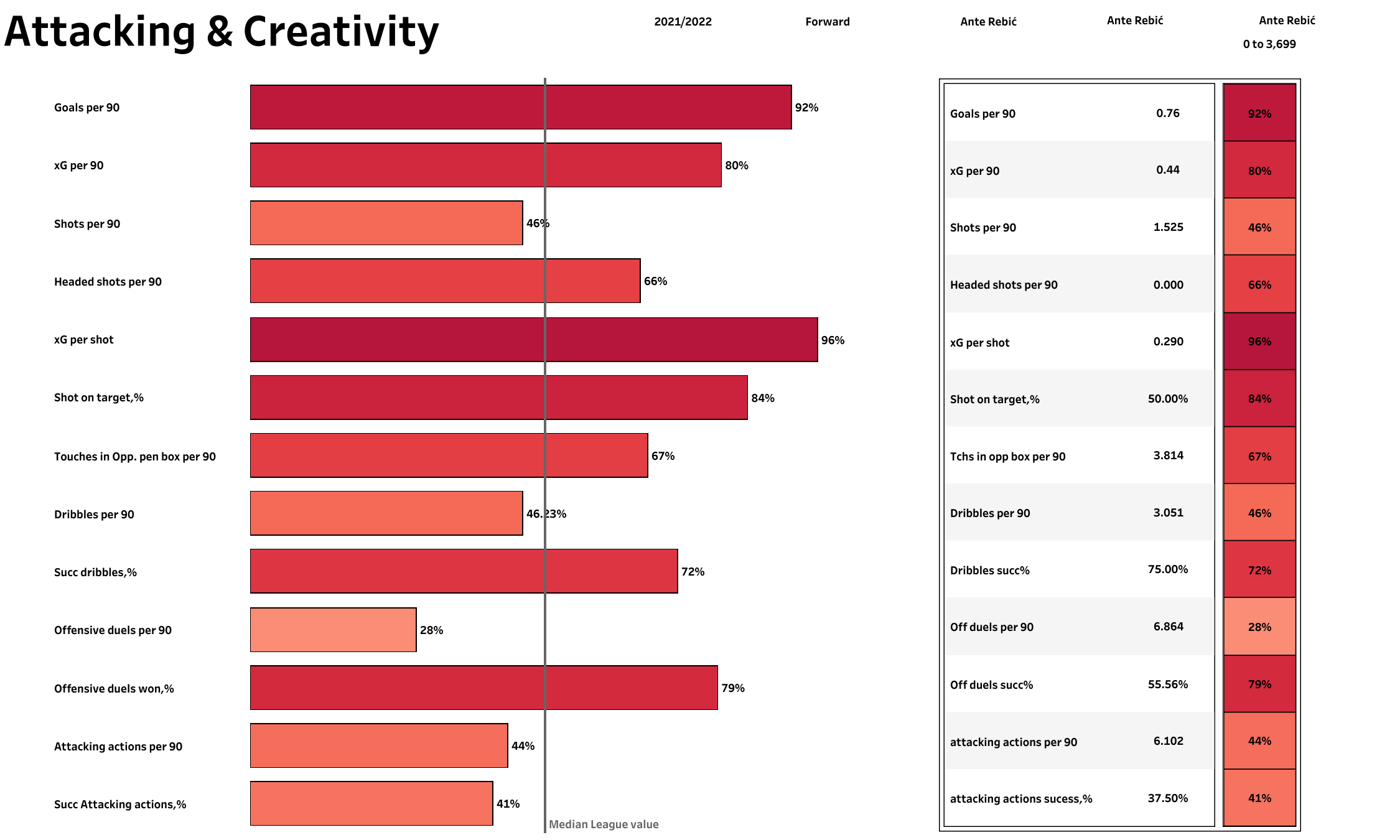 The above viz shows the attacking stats of the forward in two UEFA Champions League games last season. When looking at the above chart, the general rule is that the longer the bar, the better the performance — you can see the league average in the middle, and the % is the percentile rank the player is in. Rebić spent 118 minutes on the field and was involved in six attacking actions with a 37.5% success rate. He attempted two shots and scored a goal, with one being on target. The winger tried to dribble past the defender four times and was successful on three occasions. Rebic was also able to get five touches inside the opposition’s penalty box. This shows that the player can impact games if he is given more opportunities on the field. 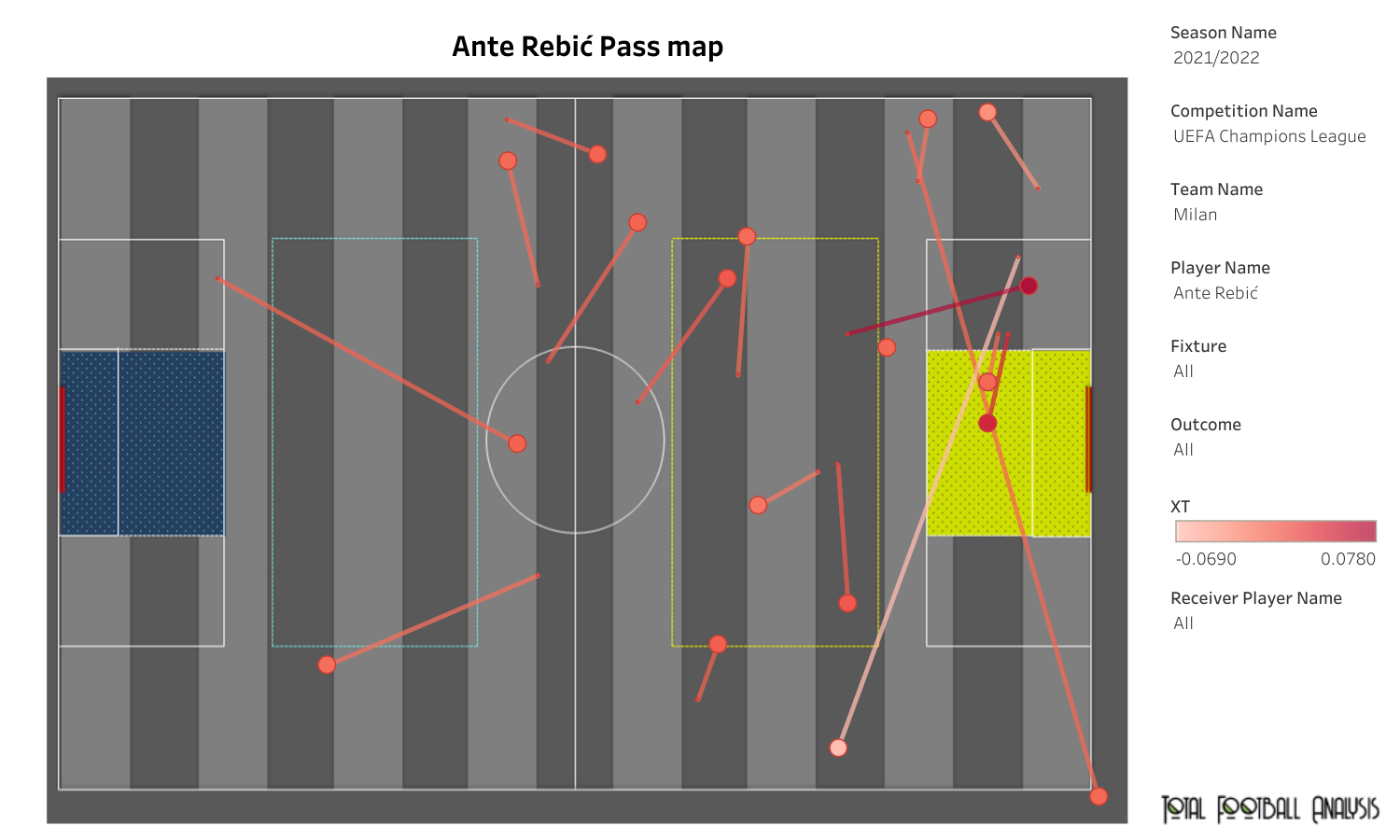 Rebić struggled to pass the ball last season. He only attempted 18 passes with a low accuracy rate of 66.67%. The above viz shows all the passes attempted by the player. He tried to find a teammate inside the opposition’s penalty box but was unable to do so. The 18 passes attempted by the Croatian included only two crosses. He has to work on his passing for next season and look to add more creativity to the squad.

The 28-year-old Croatian international will look to cement his place in Milan’s starting XI for the next season. He can score and create goals, and that will be a great asset for Milan in defending their title. Rebić could prove to be the X-Factor for AC Milan.