AC Milan’s young Belgian player, Alexis Saelemaekers, could be on his way to leaving the club. The 22-year-old won the Serie A title with the Rossoneri but had a very underperforming season by his standards. He has a contract until 2026, but it looks like the management will listen to any offers for the player. The Belgian was signed by Anderlecht in 2020. He started as a right-back but now plays as a right-winger for the team. AC Milan struggled to create attacks from the right side throughout the season and are looking for players who could provide them with an edge over their opponents. Saelemaekers was a regular on the right side and also featured in the UEFA Champions League. 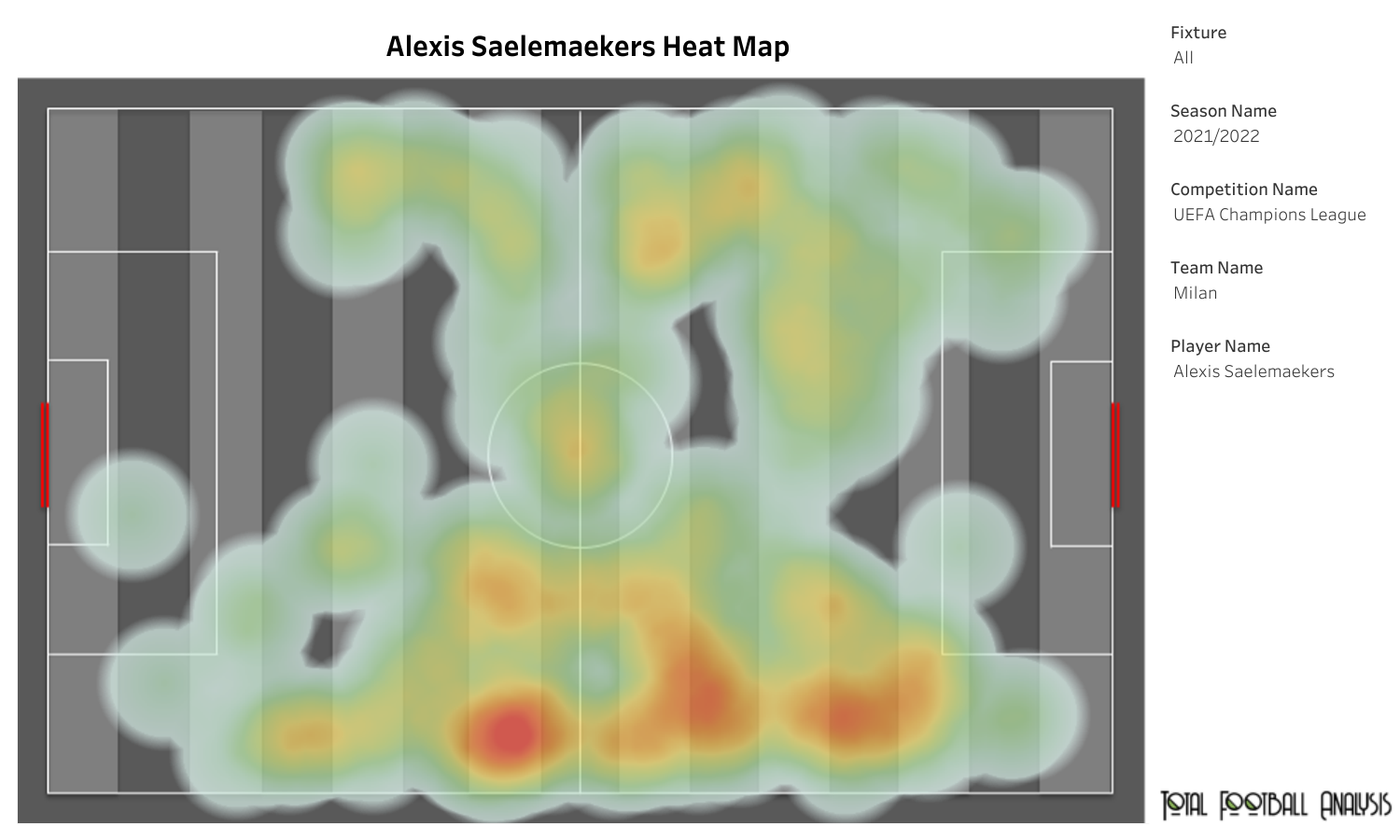 Saelemaerkers made six appearances in the UEFA Champions League. He started in five matches and came on as a substitute in one match. He was unable to score or create a goal for his teammates and had a low xG and xA rate of 0.27 and 0.11, respectively. 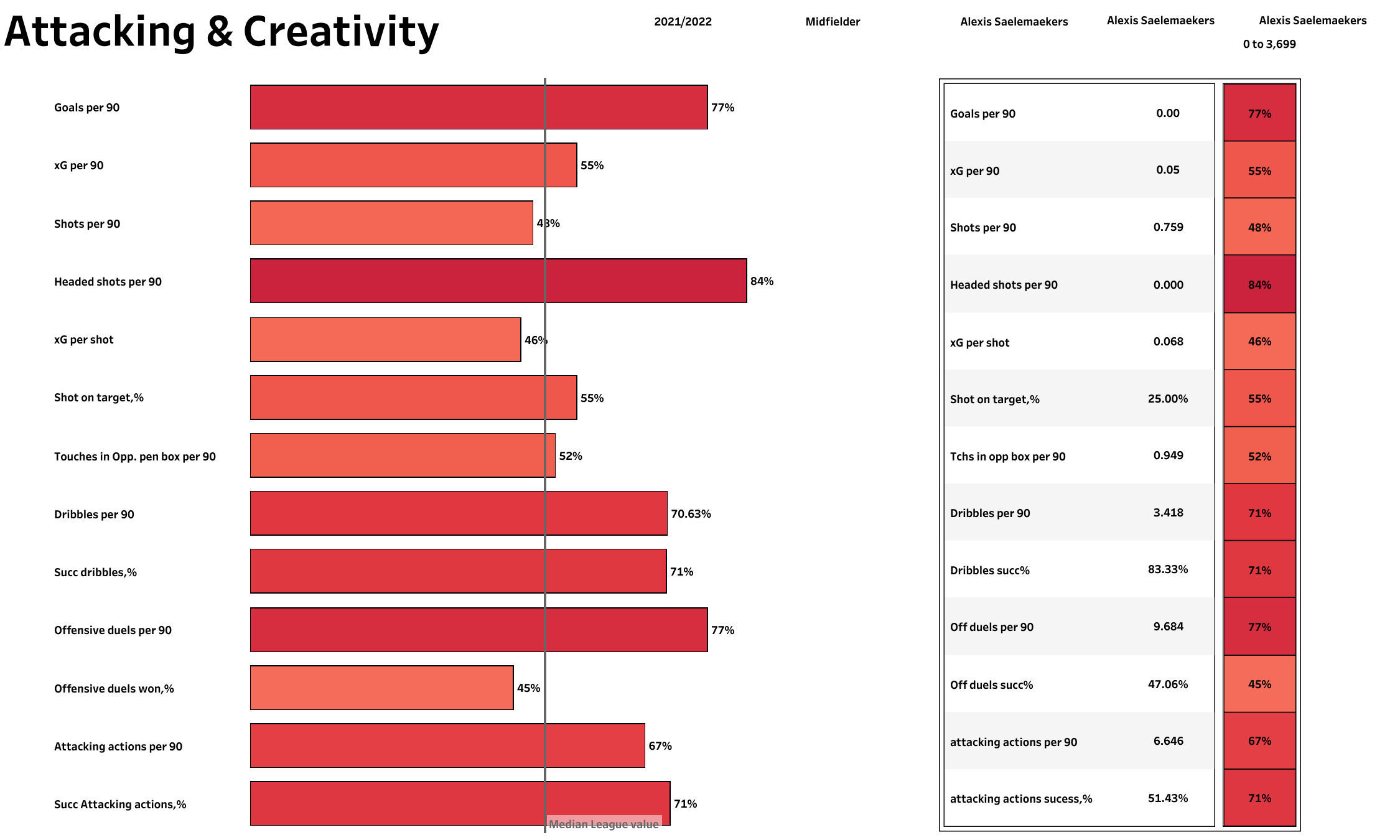 When looking at the above chart, the general rule is that the longer the bar, the better the performance — you can see the league average in the middle, and the % is the percentile rank the player is in. The above chart shows the attacking and progression data in comparison to other midfielders in the UEFA Champions League. He had a low percentile rank when attempting shots this season. The youngster only attempted four shots, with one of them on target. Saelemaekers also struggled to get inside the opposition’s penalty box and only managed five touches inside it. 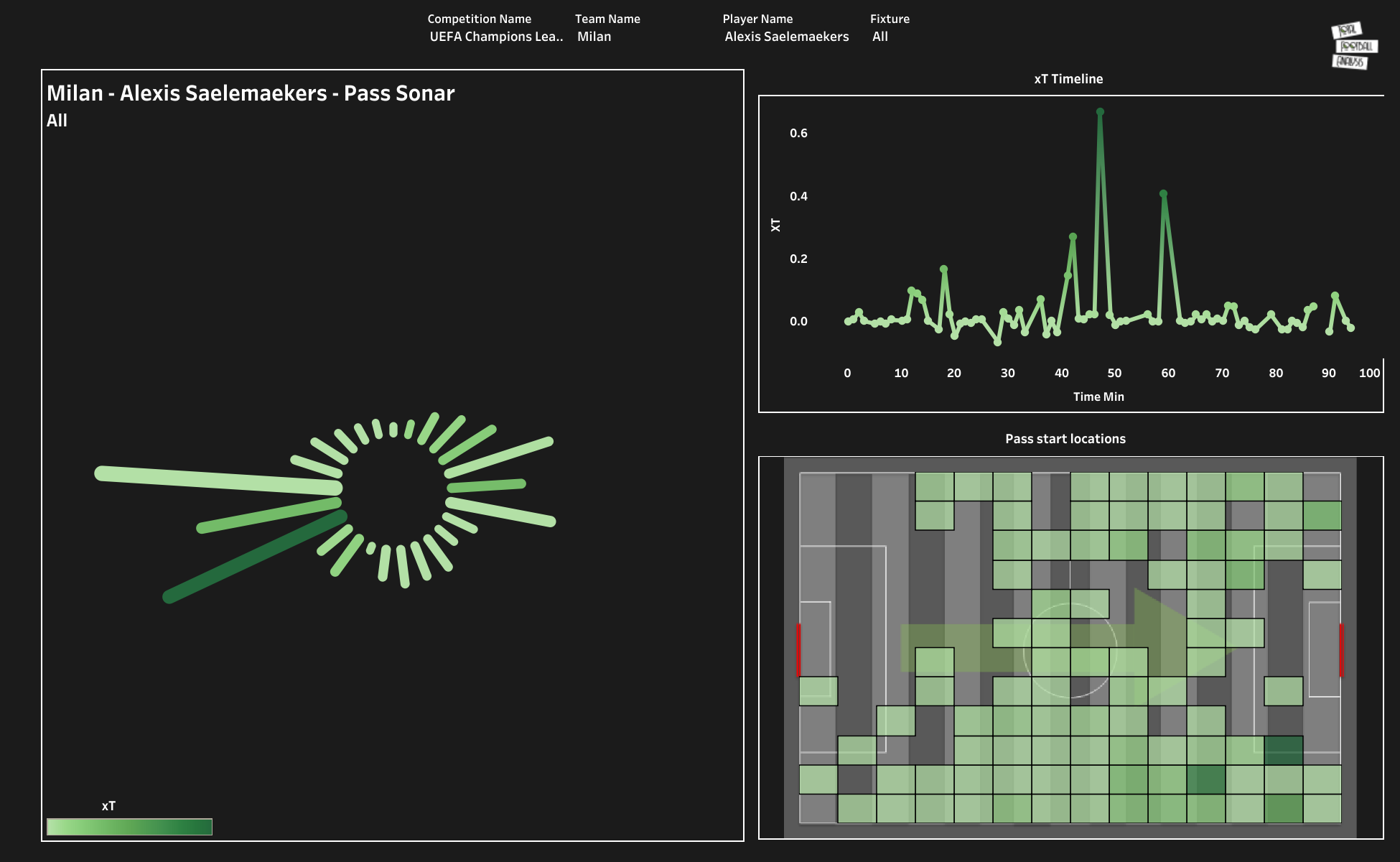 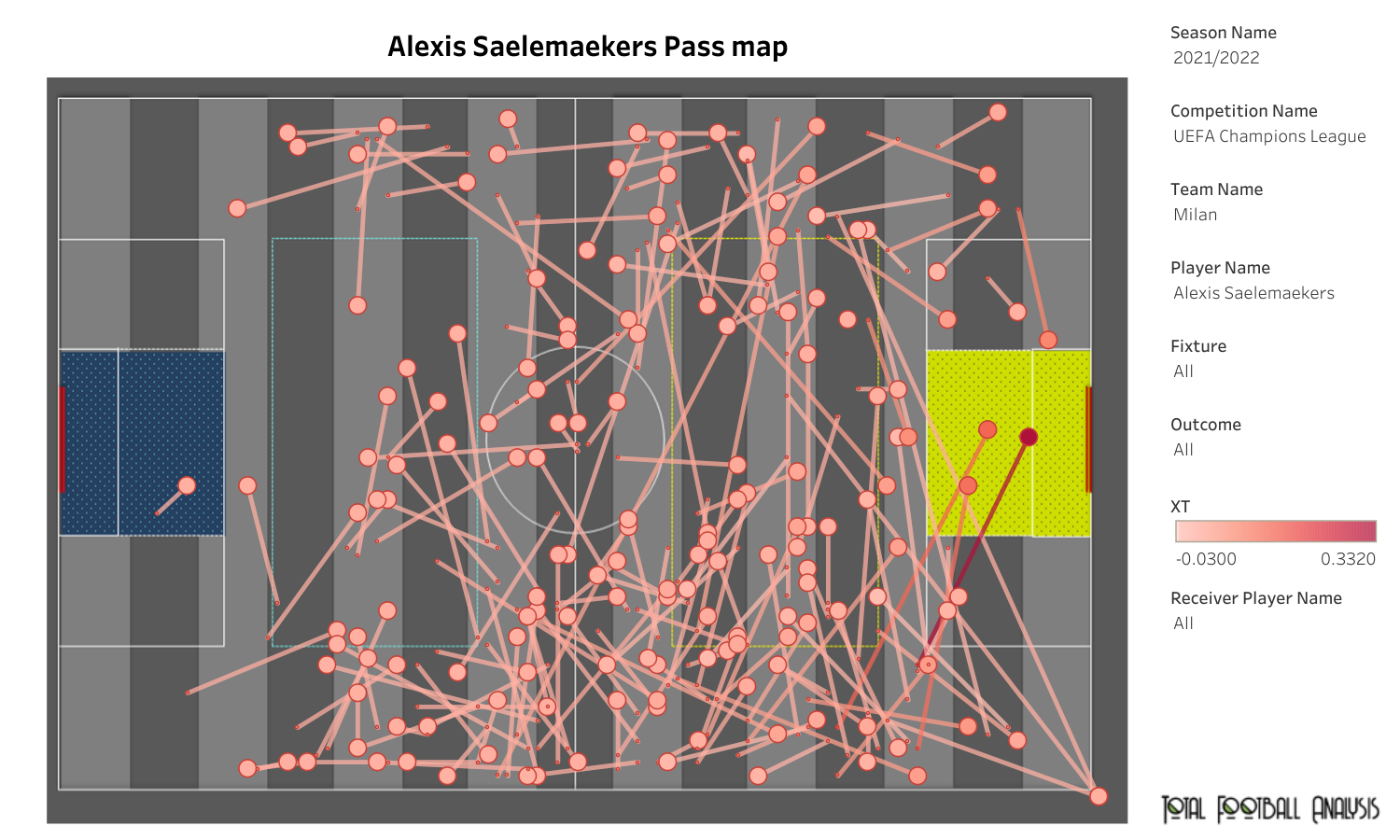 As mentioned earlier, Saelemaekers attempted very few passes into the opposition’s 18-yard box. Most of his passes were sideways to build up play. Throughout the tournament, he only attempted five passes each towards Olivier Giroud and Rafael Leao.

Alexis Saelemaekers only managed to score two goals and provide three assists in 46 appearances for AC Milan this season. He struggled to create chances for himself and his team. AC Milan management is ready to accept any offer that would generate some funds for further signings. The player underperformed and could be leaving after spending just two years at the club.