Italian giants, AC Milan, have lined up a few transfer options for whom they will go in this transfer window or the summer transfer window. One of the players who has impressed them is LOSC Lille Portuguese midfielder, Renato Sanches. The midfielder has regained the form that earned him a move to Bayern Munich in 2016. After becoming the European Champion in 2016 with Portugal, Sanches saw a dip in form. However, a move to Lille has helped him a lot, and now he is on the radar of Milan.

Lille qualified for the next round of the Champions League and will face Chelsea. Renato Sanches missed two group matches due to injury and appeared in four matches for his side. The 24-year-old midfielder is yet to score a goal or provide an assist in the elite competition but already has a goal and three assists in the Ligue 1. 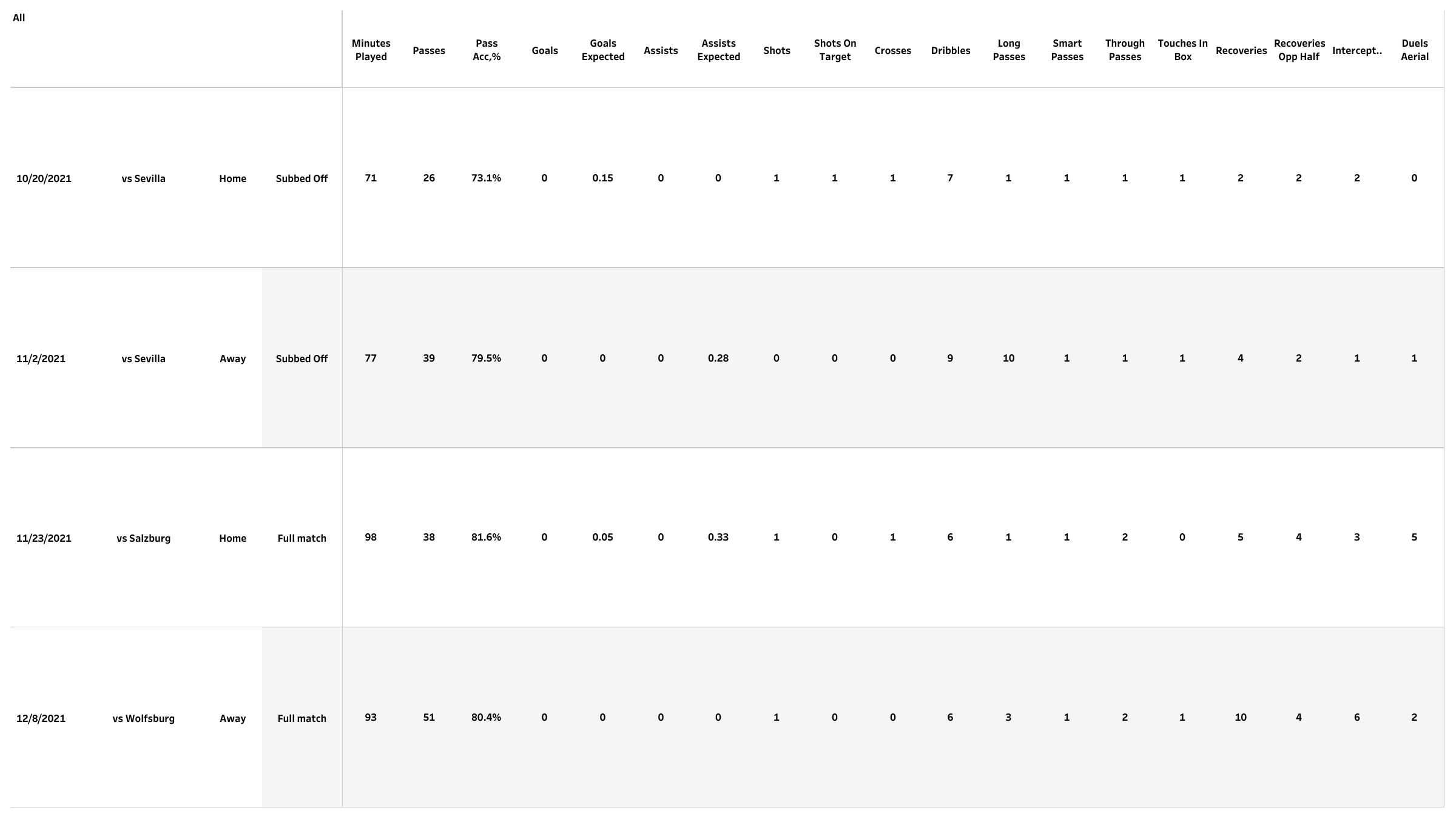 The Portuguese international has spent 339 minutes on the pitch for Lille this season in the UEFA Champions League. He has attempted three shots with a 33.33% shot accuracy rate. He is known to be a good dribbler of the ball and attempted 28 dribbles. Sanches has managed to get three touches inside the opposition’s penalty box. The player has also made 21 recoveries, and 12 of those have been made inside the opposition’s half. 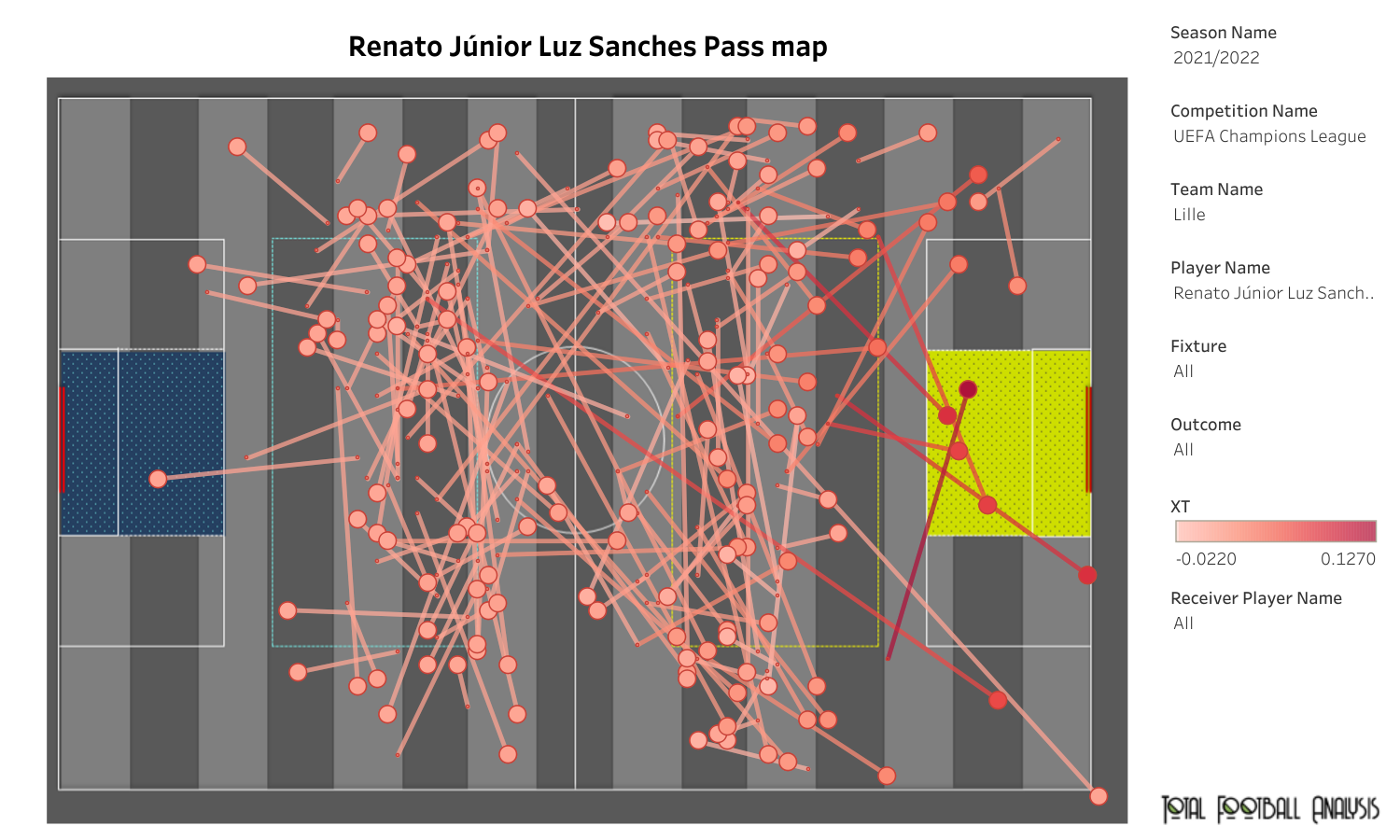 The midfielder has attempted 154 passes in the four matches he has played in the Champions League. The above viz shows that the passes have been attempted from the middle third and into the final third. His seven passes have landed inside the opposition’s penalty box. Jonathan David, Jonathan Bamba, and Burak Yilmaz have been the most attacking players for Lille. Sanches has attempted 11, 13, and four passes towards these players, respectively. His passing range includes two crosses, four smart passes, and six through passes. Sanches has attempted 15 long passes, 10 of which were against Sevilla. 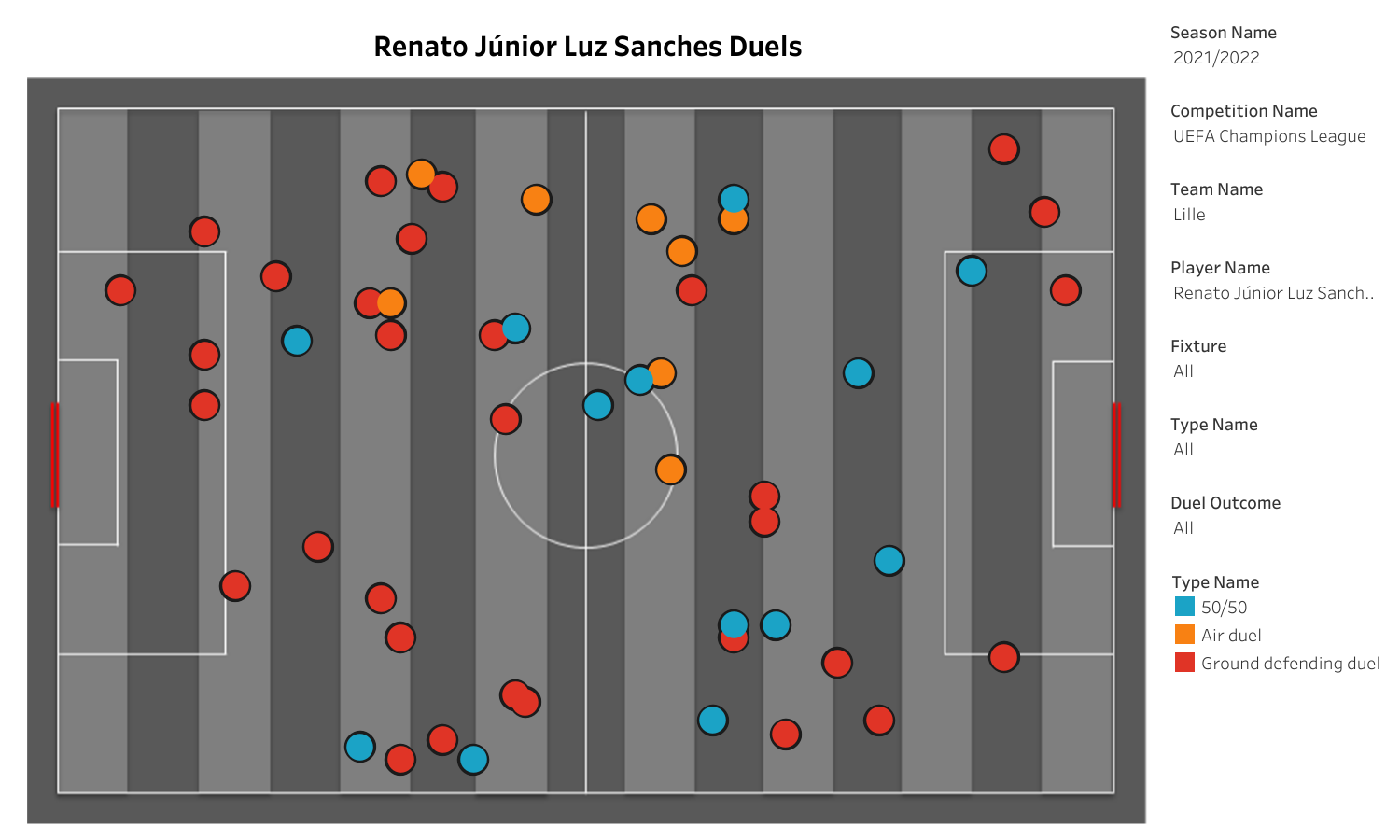 Renato Sanches covers a lot of area on the pitch, and the above viz shows the duels contested by the player. He has contested 52 duels in four matches. These 52 duels include 13 loose ball duels, eight aerial duels, and 31 defensive duels. Sanches plays in a midfield two for Lille and mostly plays in the left midfield position.

Renato Sanches is one of the most talented young midfielders in the current era. He has won league titles with Bayern Munich, Lille, and Benfica. AC Milan have targeted the midfielder, and he is one of their top priorities in the summer. The midfielder offers a lot of potential going into the future.