AC Milan’s search for a defender continues as the Serie A champions aim to show dominance in back-to-back seasons. The Rossoneri will be disappointed with their transfer business because they have yet to sign any defensive targets despite the last year being one of their best seasons in over a decade. They tried to sign Sven Botman from Lille, but he opted for a move to English club Newcastle United. Since then, Milan are interested in the availability of other players and have found one in the form of PSG’s centre-back, Abdou Diallo. The Senegalese international joined the French champions in 2019 from Borussia Dortmund but has yet to establish himself as a regular starter. This season, the French giants already have four top-choice centre-backs in Presnel Kimpembe, Sergio Ramos, Marquinhos, and Thilo Kehrer. Diallo needs regular game-time to remain fit for the World Cup.

Since joining the French club in 2019, the 26-year-old has made just 60 appearances in the league for PSG. He has also appeared in 13 UEFA Champions League games for the French champions. Last season, the defender was only given 14 opportunities, and this might be the reason why the defender is also opting for a move away from the French capital. Some of the stats from last season’s UEFA Champions League show how the player could help AC Milan strengthen their defence. 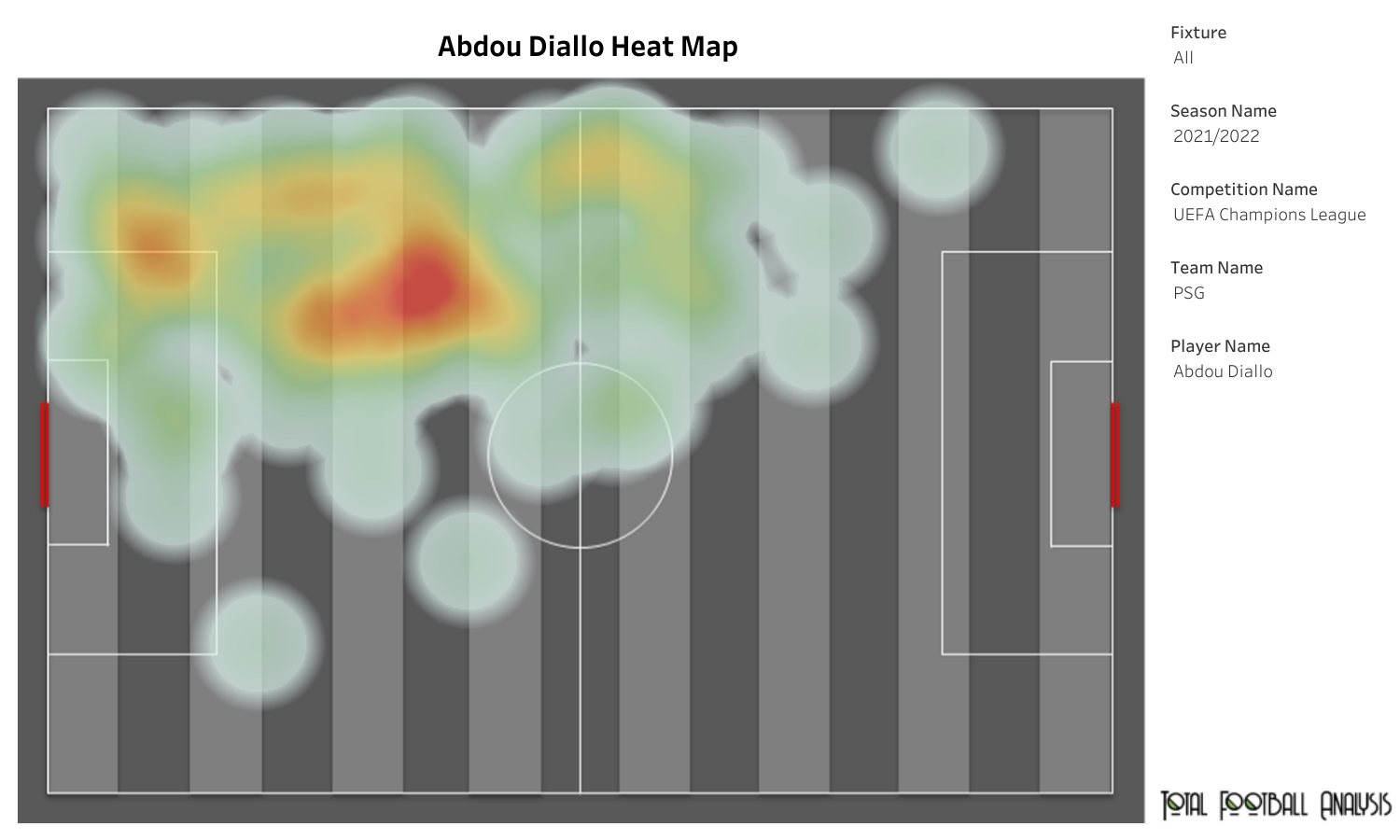 Diallo prefers to play on the left side of the defence. The 26-year-old has a strong left foot, and that makes him more comfortable on that particular side. The above viz shows the player’s heat map in two UEFA Champions League appearances. He played in the group stage and against the same opponents, Club Brugge. AC Milan do not have a left-footed centre-back, and Diallo could be handy for the Serie A champions. 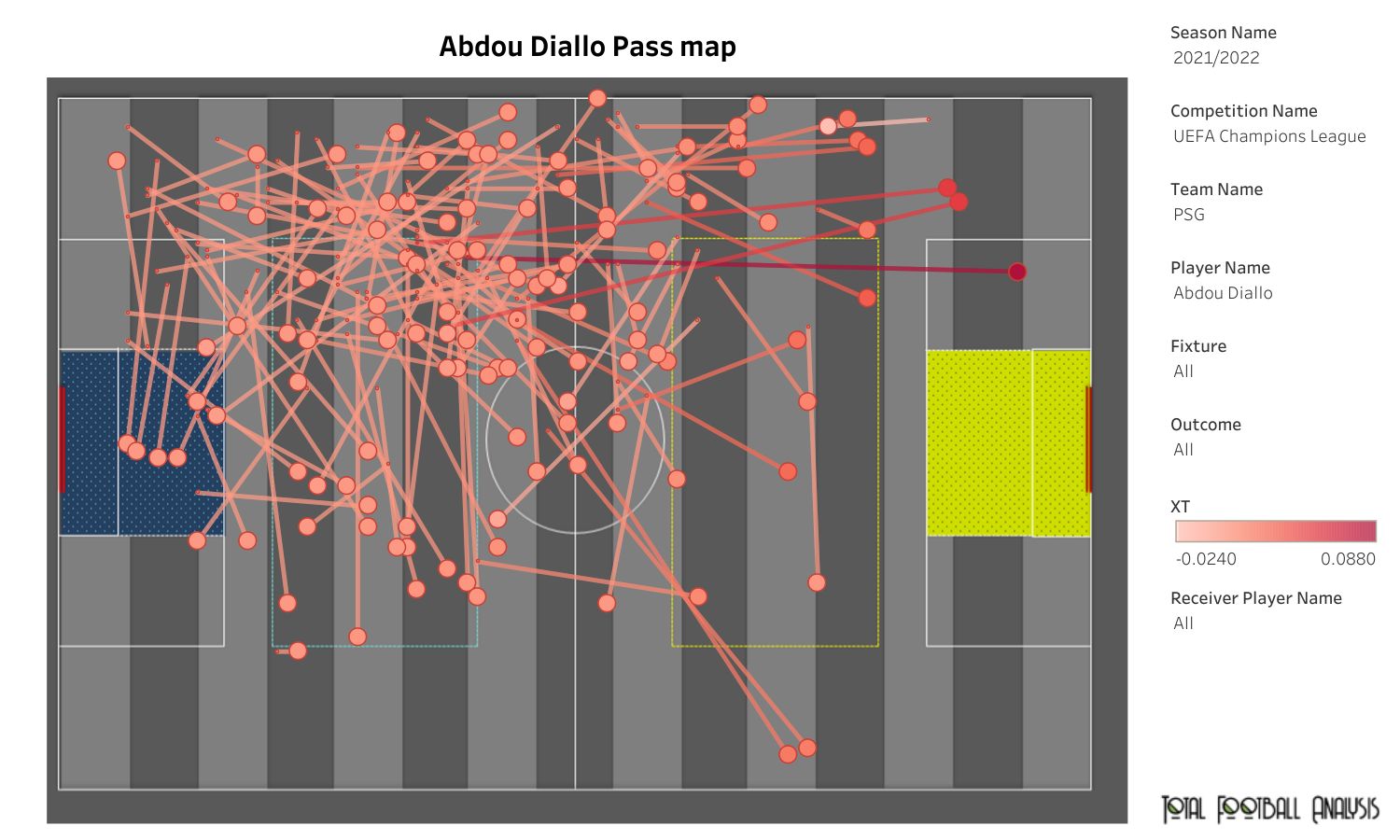 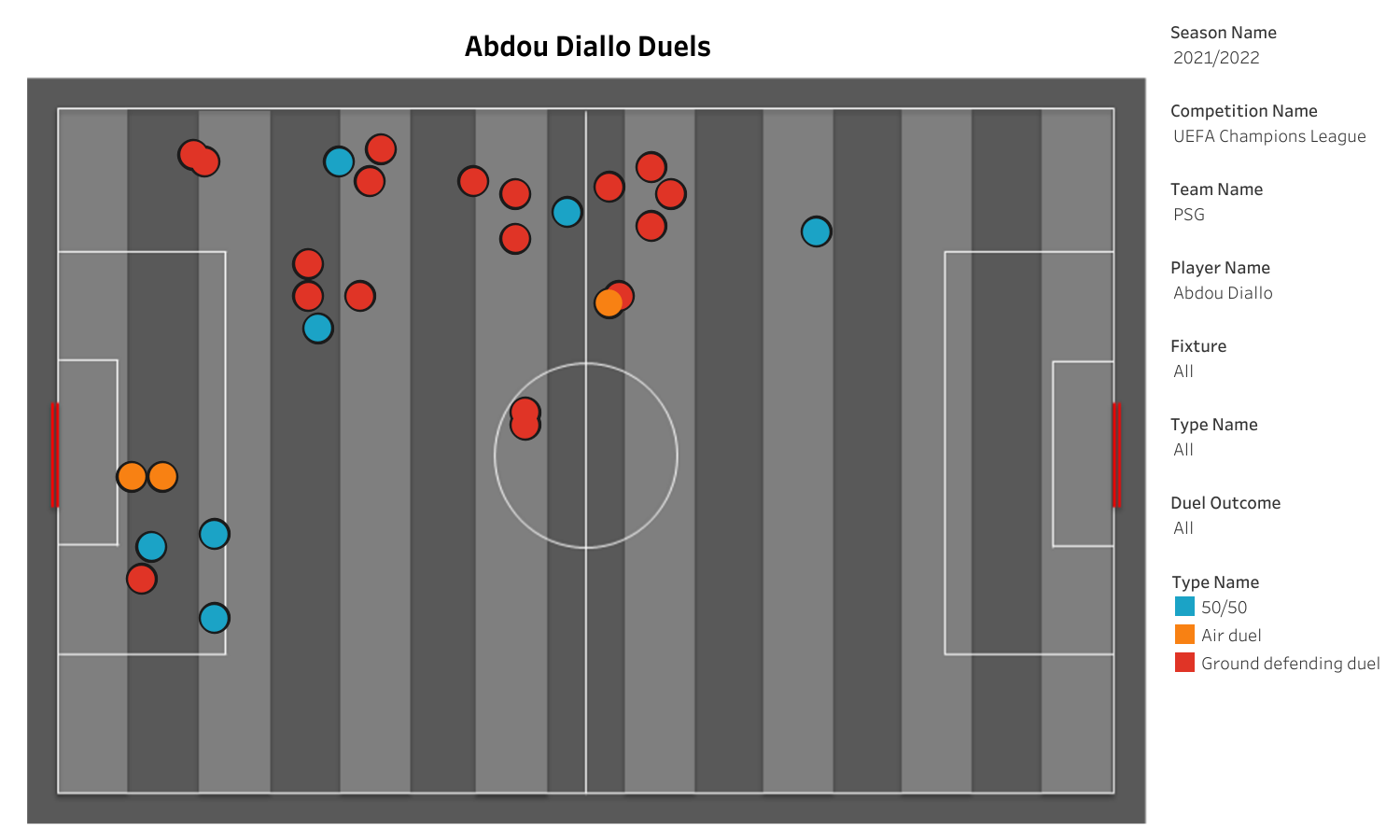 Now, let us look at the defensive contributions of the defender in the elite competition last season. The centre-back is solid in the air and can win the aerial battles for his team. He contested 18 defensive duels, three aerial duels, and seven loose ball duels. The player only lost four defensive duels and an aerial duel. This shows that Diallo is a strong competitor who likes to contest and win duels for his team. 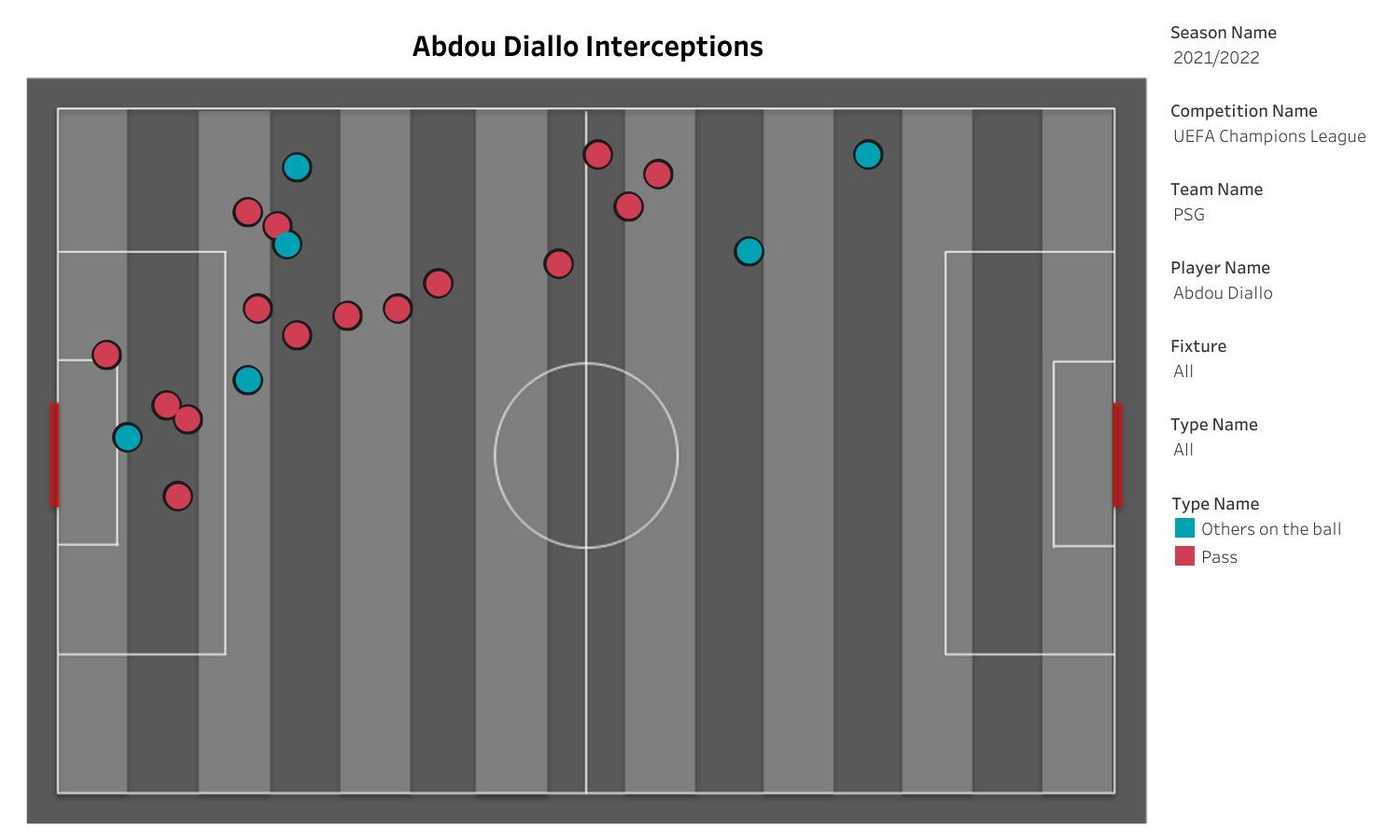 Abdou Diallo has the defensive ability to take charge of any defence. AC Milan need a defender, and they can easily get Diallo on a loan spell. He has played football at the top level, and Milan could benefit from his experience. They will try to sign him as soon as possible.